Information for kids to learn about the planet Saturn. Saturn has seven groups of rings around it made mostly of water ice. Saturn also has many moons around it. Saturn’s largest moon is Titan. It is the second largest moon in the Solar System after Jupiter’s moon, Ganymede.

Information for kids to learn about the planet Saturn. Saturn is the sixth closest planet to the Sun. The distance from Saturn to the Sun is over 888 million miles. Saturn is the second largest planet in the Solar System and has a diameter of 74,898 miles.

Saturn has seven groups of rings around it made mostly of water ice. The rings can be seen from Earth with a good telescope. Saturn also has many moons around it. Saturn's largest moon is Titan. It is the second-largest moon in the Solar System after Jupiter's moon, Ganymede. 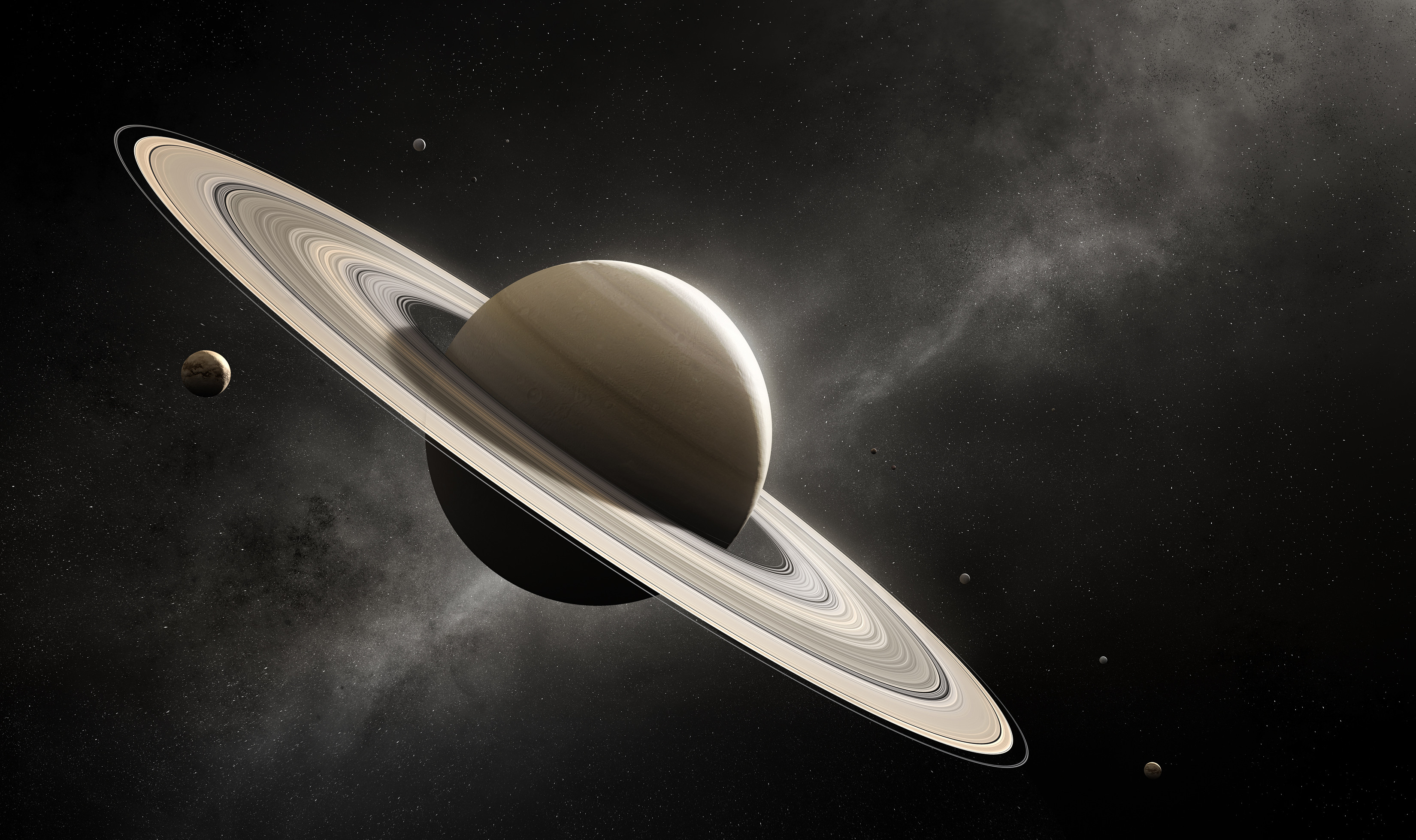 The Earth takes 1 year to make a complete orbit around the Sun. Saturn takes 29.5 years.