Learn some fun things about Albert Einstein and his work.

Learn about Albert Einstein's early life and the discoveries that made him famous.

Find out more about Albert Einstein’s discoveries and the different awards he won.

Who was Albert Einstein?

Albert Einstein was born on March 14, 1879, in Germany. He was one of the most clever scientists that ever lived.

Einstein didn’t start talking until he was a few years old. He didn’t like school as a child but he was very good at maths and physics.

When he was older he came up with some amazing ideas about space, gravity, time, light and matter (matter is everything around you). Thanks to his ideas, we understand the universe much better.

He is often seen in pictures with wild, crazy hair and was known for being a bit messy. He often forgot his appointments and his socks! He loved playing the violin. 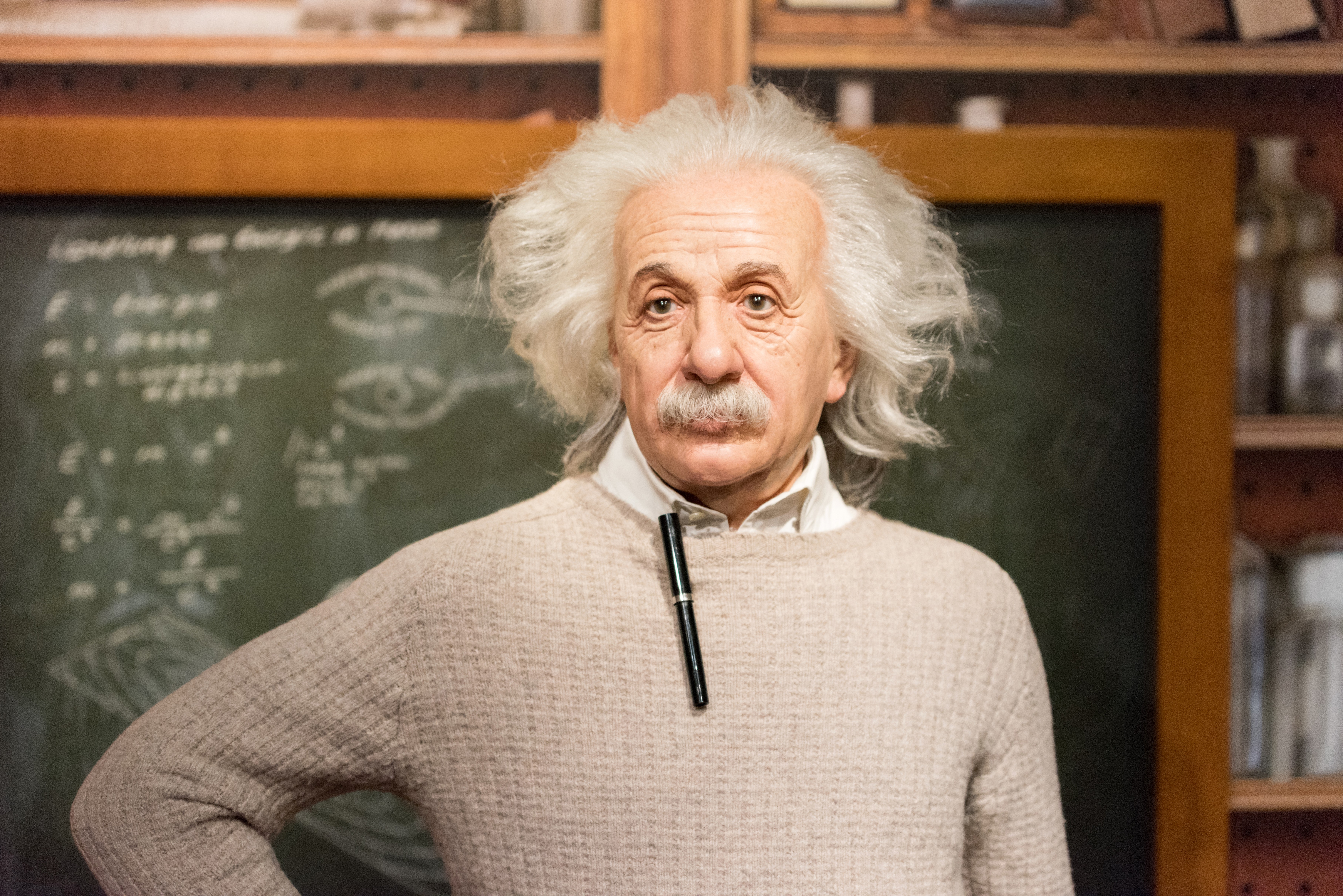 He moved to America because Germany was going through a hard time. Einstein was Jewish and the leader of Germany didn’t like Jewish people.

Einstein became very famous for his work and won the Nobel Prize for Physics in 1921. When he died, scientists took out his brain and stored it somewhere safe, they wanted to know how he was so clever!