Find out when Allosaurus lived and what kind of dinosaurs it ate for dinner.

Allosaurus was one scary looking dinosaur. With its pointy knife-like teeth and sharp claws, it was definitely not a friendly dinosaur to be around. It lived during the Jurassic period around 155-150 million years ago.

Allosaurus was a theropod. Theropods are a group of meat-eating dinosaurs.

Allosaurus was a bipedal dinosaur, meaning it walked on two legs. Its front limbs were smaller than its muscular hind legs and its hands had 3 fingers with sharp, curved claws.

Its skin was green or brown with red stripes on its back and it had two crests above its eyes.

If there’s one thing to remember about Allosaurus, it has to be its head. It had a big head, perfect to fit 70 long, pointy teeth inside! Some teeth measured 10cm long!

To support its big head, Allosaurus had a short thick neck and a long heavy tail for balance.

It is believed to have hunted in packs and preyed upon or scavenged on dinosaurs like Stegosaurus and Diplodocus. Injuries found on Allosaurus fossils show that their prey didn’t go down without a fight! 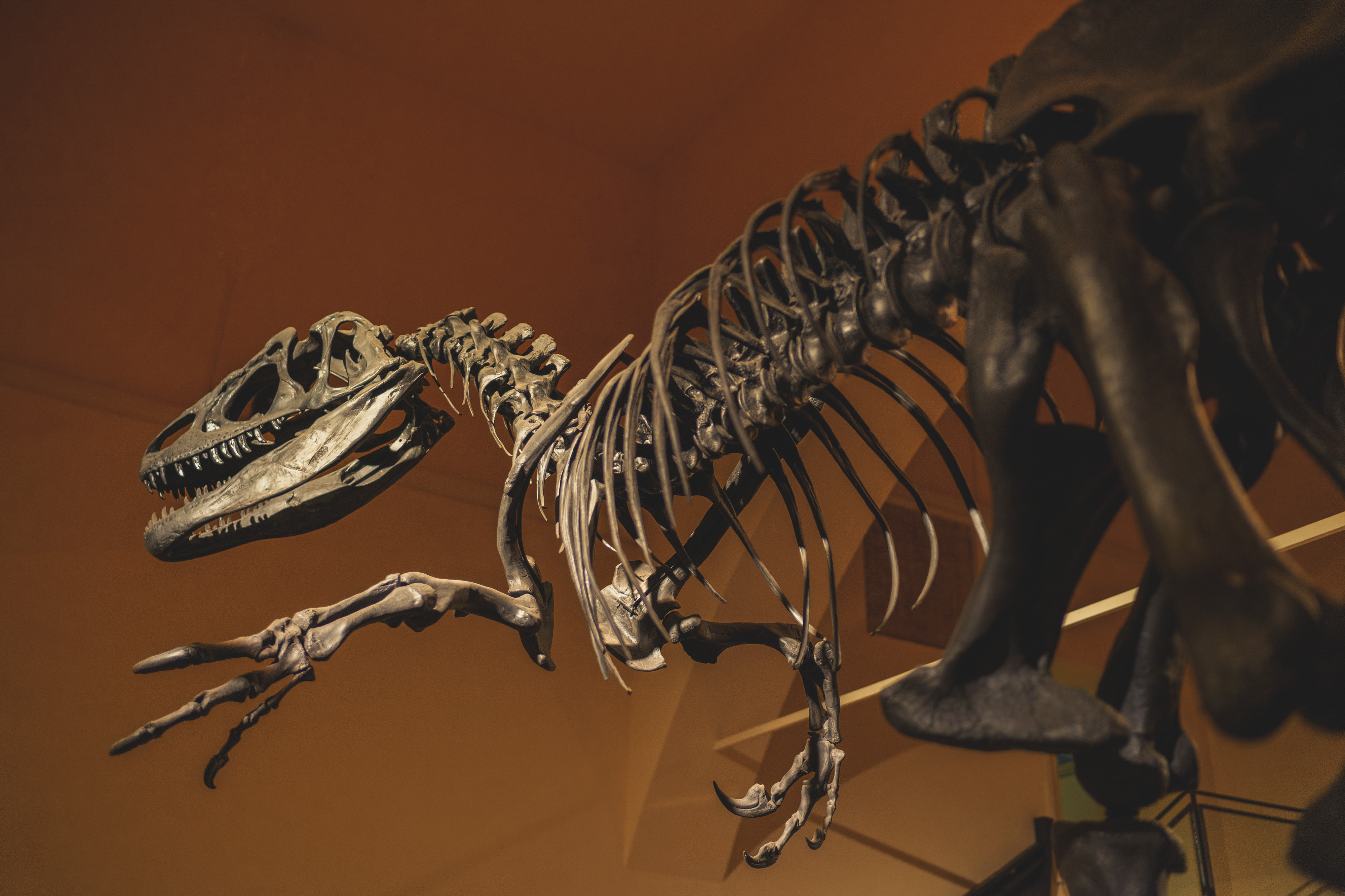 Despite its size, Allosaurus was a lightweight dinosaur that only lived to about 25-30 years. It laid eggs and is sometimes called the grandfather of the T-rex.