Learn some fun facts about Antarctica, where it is, what its name means and who lives there.

Learn more fascinating facts about Antarctica and what lies buried under its ice! 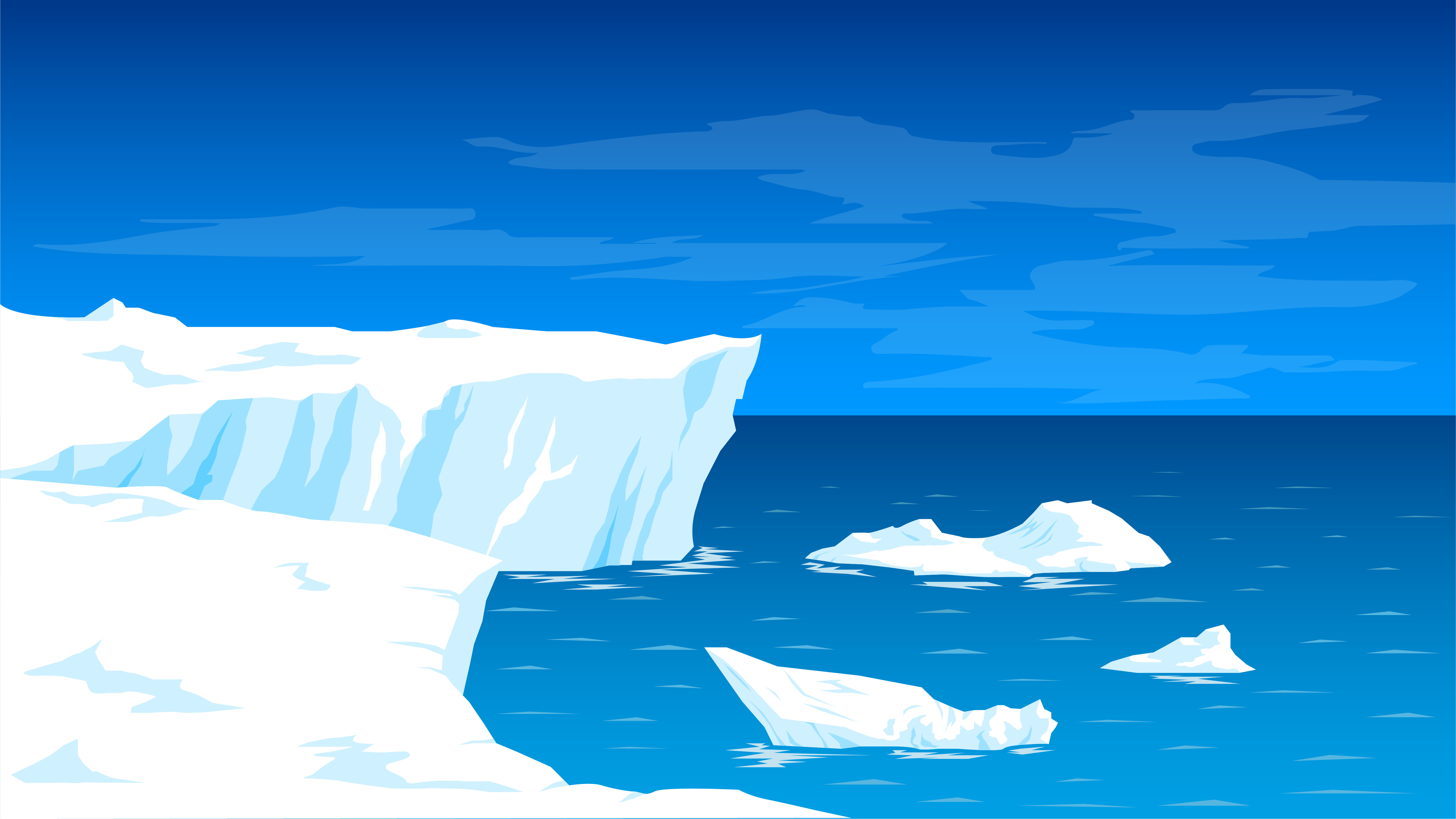 The Earth is made up of 7 continents. Antarctica is the 5th largest one.

The name 'Antarctica' comes from a Greek word meaning 'opposite to the north', that’s because Antarctica is located at the South pole. It’s almost completely covered in ice and is surrounded by the Southern Ocean.

Did you know Antarctica is actually a desert? Not all deserts are hot, Antarctica is a cold desert. It’s the biggest desert in the world and it never rains there.

Almost all of Antarctica is located within the Antarctic Circle, that’s an imaginary line that circles the southern part of the world. 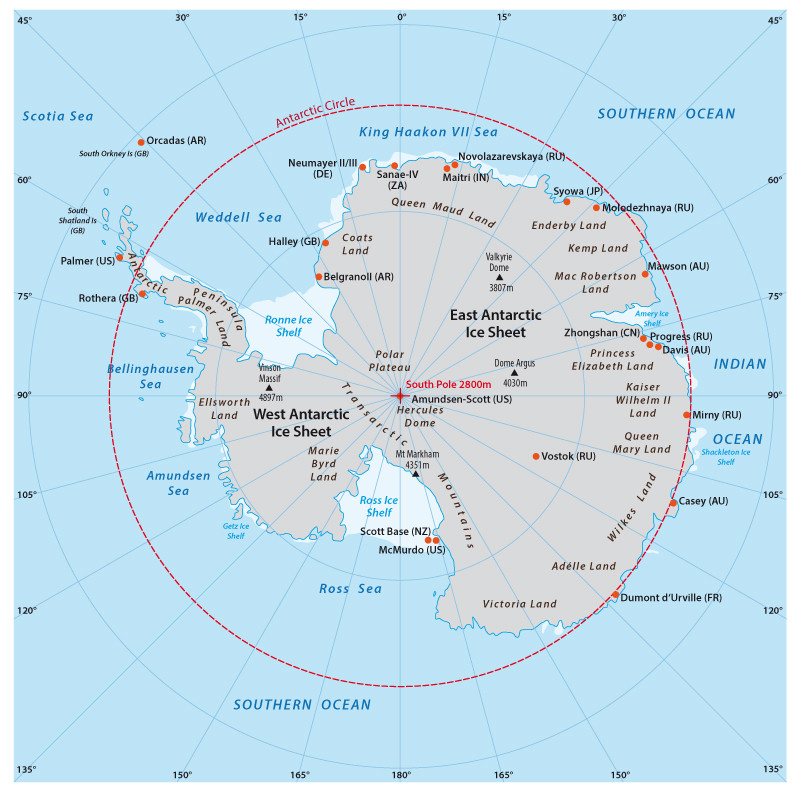 There are many glaciers in Antarctica which are made of freshwater. About 70% of the planet’s freshwater is in fact in Antarctica. How crazy is that!

Winter in Antarctica lasts from May to August and summer lasts from December to February.

Who lives in Antarctica?

There are seals, whales, albatrosses and penguins. Emperor penguins (the biggest penguins in the world) have lived in Antarctica for a very long time. 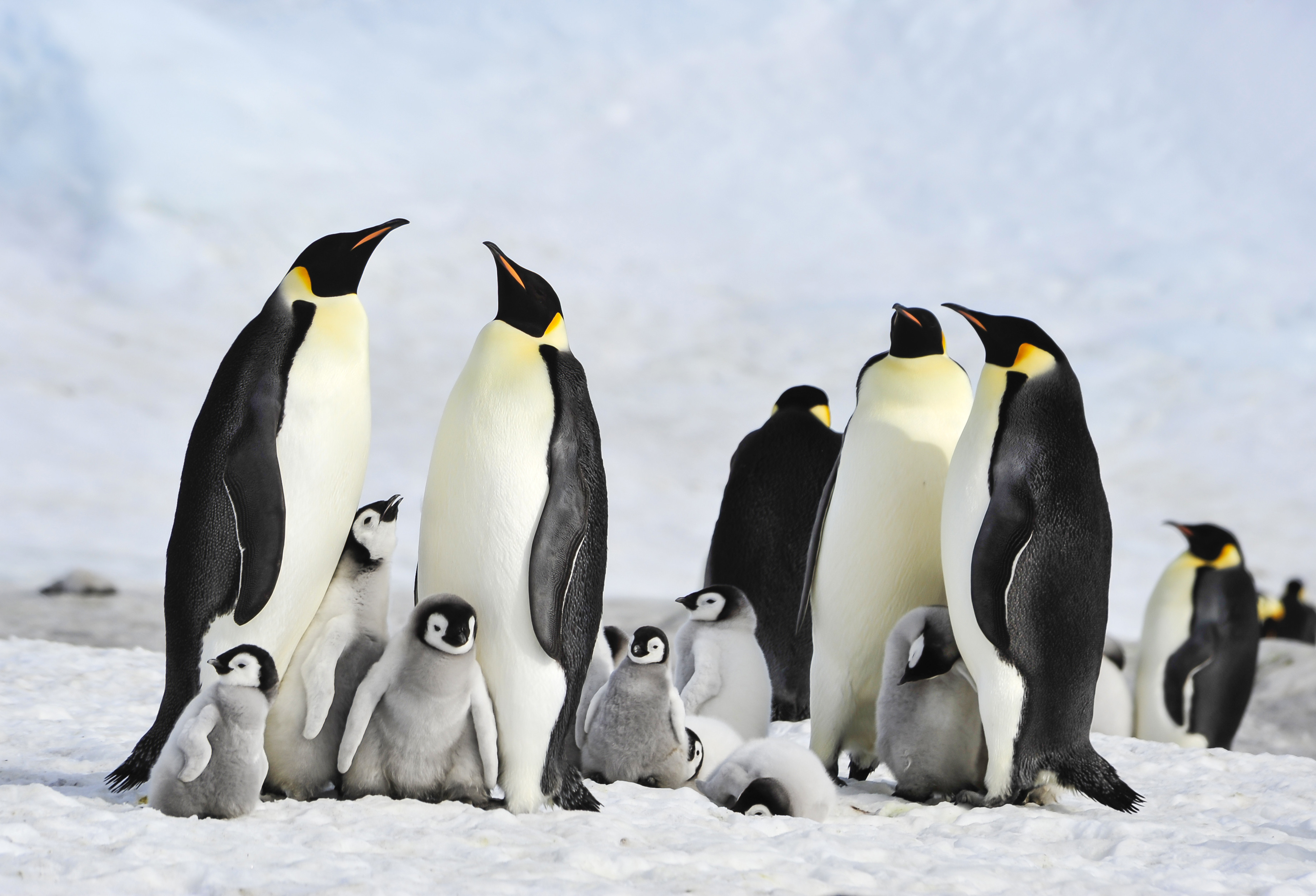 It’s far too cold in Antarctica for people to live there, but every year researchers travel to Antarctica to carry out investigations. They stay there for a few months but do not live there all year round.