Kids learn what asteroids are and where they are found in space.

Kids learn the difference between asteroids, comets and meteors and how one asteroid is believed to be the cause of the extinction of dinosaurs.

What is an asteroid?

An asteroid is a rocky body that tumbles and spins as it orbits the Sun. They are lumpy like potatoes and made up of carbon, rocks and metals. They vary in size from 10 metres to hundreds of kilometres wide. Some are so big they are considered minor planets! The four largest asteroids are Ceres, Vesta, Pallas and Hygiea. Ceres is the largest asteroid. 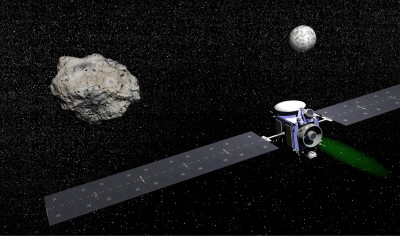 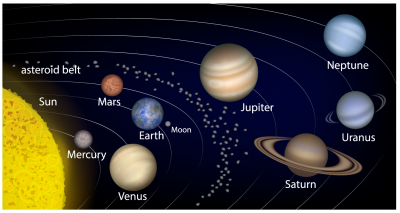 Upgrade Now
Remind Me later
No Thanks
You can revert your account back at anytime.
Asteroids
Level 2 Completed
50atoms Earned
Well done! you have earned 50 credits
Asteroids
Well Done!
You’ve finished this activity and scored:
60%
Receive 50 credits to purchase Hero avatars by completing the remaining 4 question you you answered incorrectly.