Where do basking sharks live?

The basking shark is the second-largest fish on Earth after the whale shark. They can be found in cold and temperate (mild) waters all over the world.

Basking sharks are peaceful animals. They don't hunt other marine animals and are not harmful to humans. 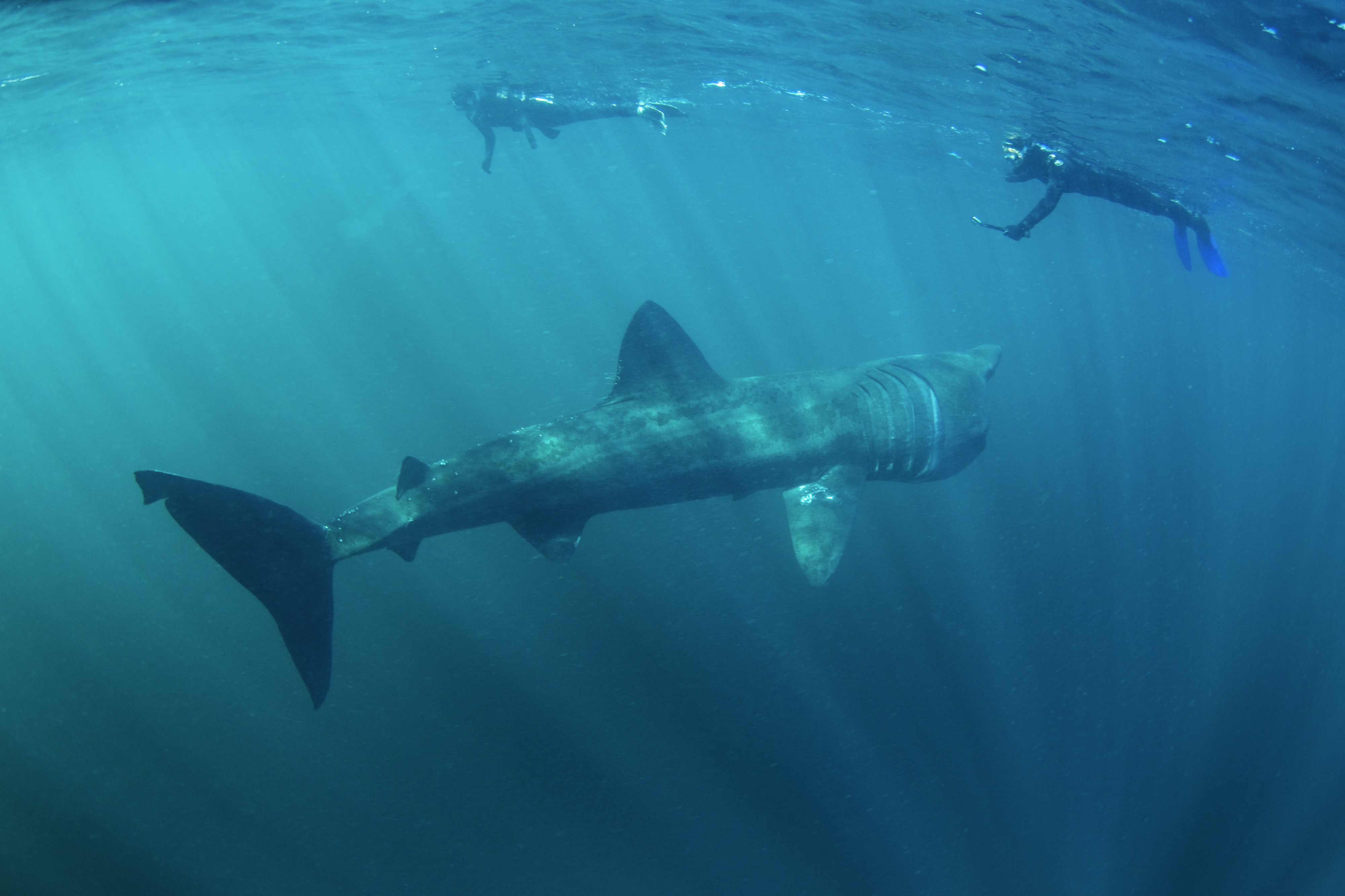 Basking sharks have a pointed snout and swim with their large mouths open. They are filter feeders and take in large volumes of water and small organisms. They feed on phytoplankton, such as algae, and zooplankton, such as copepods, as well as barnacles, fish eggs and larvae.

Basking sharks tend to forage near the water’s surface, where light attracts the organisms on which they feed. They can be found swimming alone or in family groups.