Discover the language of electric symbols, how each component is drawn and what they do.

A very basic electrical circuit is made up of:

The power source, for example, a battery, is what pushes the electric current along the conductor. Conductors, like wires, are materials that allow electricity to flow through them easily. When the electricity reaches a component like a light bulb, it produces light. The switch is what breaks the circuit when it’s switched off, or completes the circuit when it’s switched on.

Have a look at this simple electric circuit: 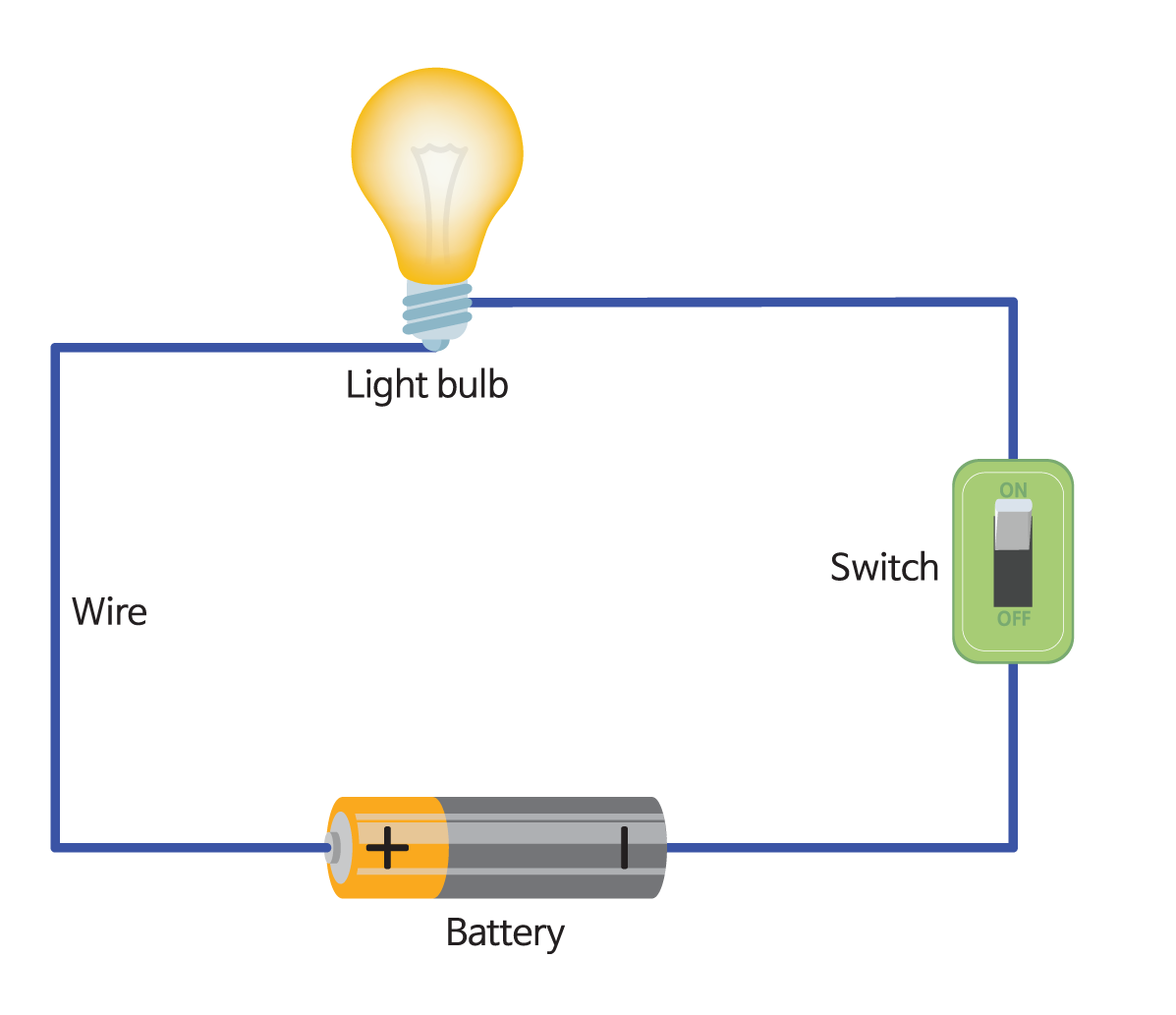 It looks nice and simple, but if you had to draw this it would take a long time! So scientists have created a much simpler way of drawing all the pieces of a circuit. Electric circuits are drawn as diagrams with symbols that represent each component. So that simple electric circuit becomes even simpler: 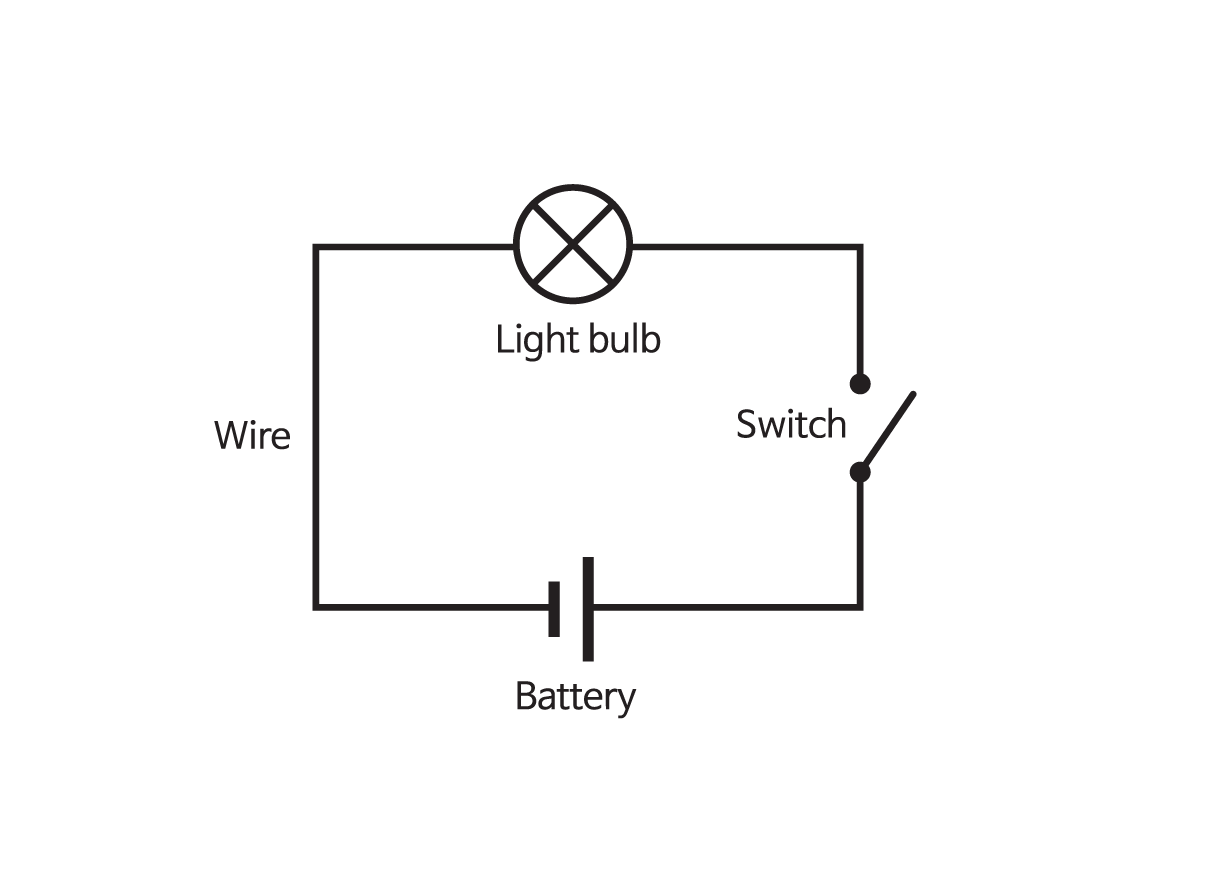 These symbols are used in electric circuits and are used all over the world.

A battery or cell looks like this. It is the power source.

Wires are drawn as straight lines, they connect components together and allow electricity to pass through them. They are conductors.

A light bulb is a circle with a cross inside. It is a component that produces light when a current runs through it.

A switch is drawn as two circles connected by a line. If the line in the middle is up it means the switch is off and the circuit is broken so there is no electricity running through.

A buzzer is shown as a half circle with two short legs. A buzzer turns electricity into sound when the current runs through it.

A motor is a circle with the letter 'M' inside, it produces movement when the current runs through.