Learn some interesting facts about the Ancient Egyptian Pyramids and why they were built.

Interesting facts about why the Ancient Egyptian pyramids were built and the different types of pyramids.

Information and interesting facts on some of the most famous pyramids in Ancient Egypt.

The pyramids in ancient Egypt were believed to be built as the burial places of the Egyptian kings. It is thought that thousands of slaves were used to cut up the large blocks and then slowly move them up the pyramid using ramps. There are still over 80 pyramids in Egypt today that are over 3000 years old.

What is inside the pyramids?

The pharaoh's burial chamber lay deep inside the pyramid and was filled with treasure. Carvings and paintings often covered the walls. 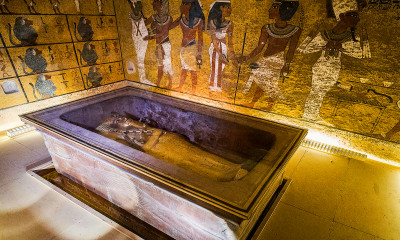