Information for kids about tragedies and comedies in ancient Greece, who performed the plays and what costumes were worn.

Plays in ancient Greece were part of religious festivals. Nearly every city had a theatre. The theatres in Greece had no roofs. The audience sat on tiered stone which meant that they had an excellent view and could hear the actors well too. The actors performed in an open area called the orchestra. The skene was a building behind the orchestra where the actors could change costumes. 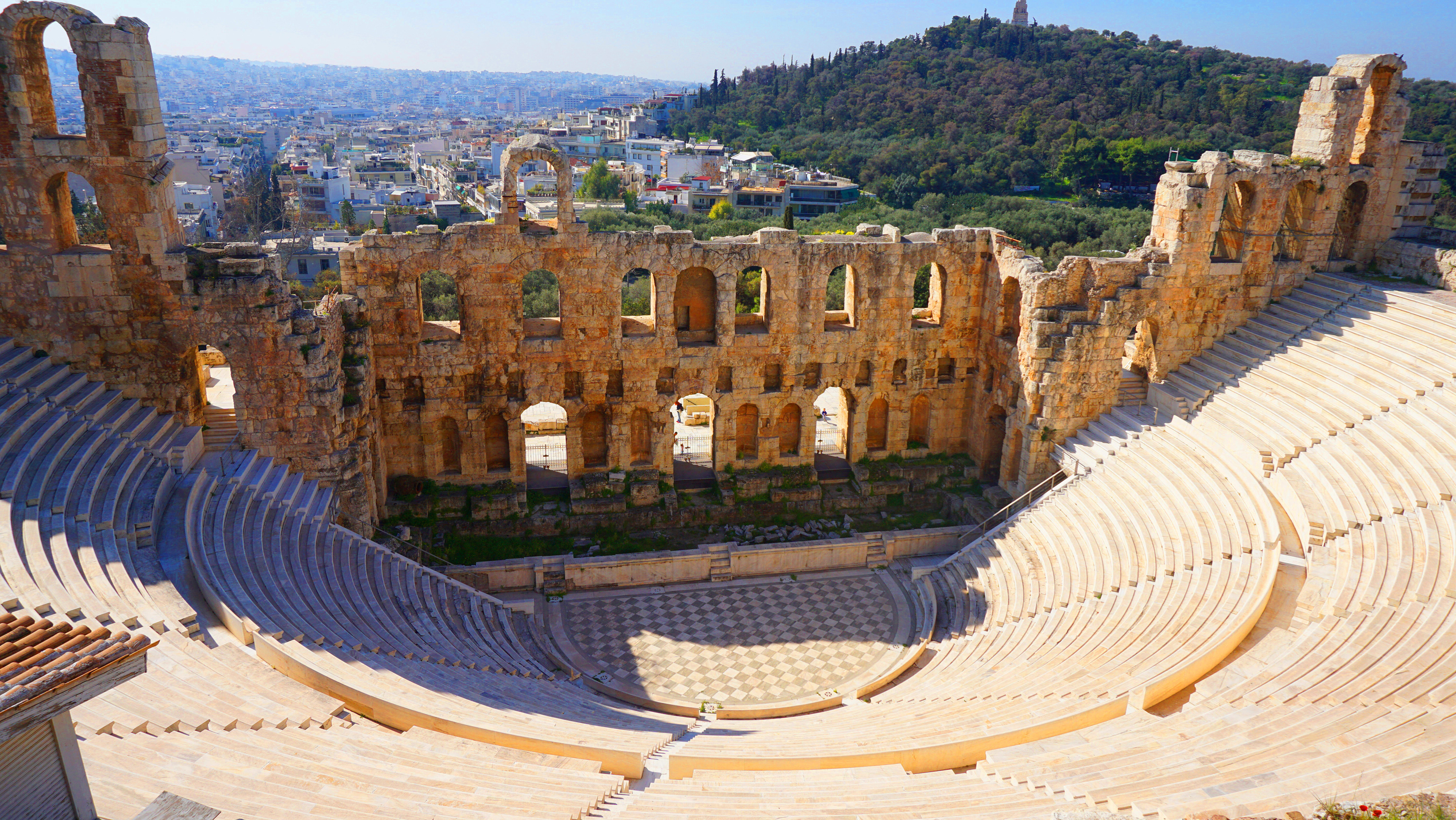 Theatres in Greece were large and could often hold more than 10,000 people.

Plays in Athens were performed in honour of the god Dionysus. The actors who performed the plays were men. It was necessary for them to play female parts too so they wore female costumes. To make the actors look taller they wore wooden boots with tall heels called cothurnus.