Kids learn what a circuit is and the parts it’s made of.

Circuits are closed pathways for electricity to run through. Electricity is a flow of electrons. When electrons move around a circuit they carry electrical energy. The electricity that runs through a circuit can be used to power lights, run devices like electric toothbrushes, or turn on your computer.

An electric circuit is usually made by connecting parts or components together with pieces of wire. Wire (a conductor) allows electricity to pass through it easily, but there has to be something that pushes the electrons along. This is what a battery does (a power source). If there is a break anywhere in the circuit, the current will not be able to flow through.

Switches are often called circuit breakers. When you flip on a switch in your house you are completing a circuit and allowing a current to run through to the light bulb, turning it on. When you flip the switch off you are breaking the circuit and stopping the current from flowing.

Electric circuits can be a series circuit or a parallel circuit. 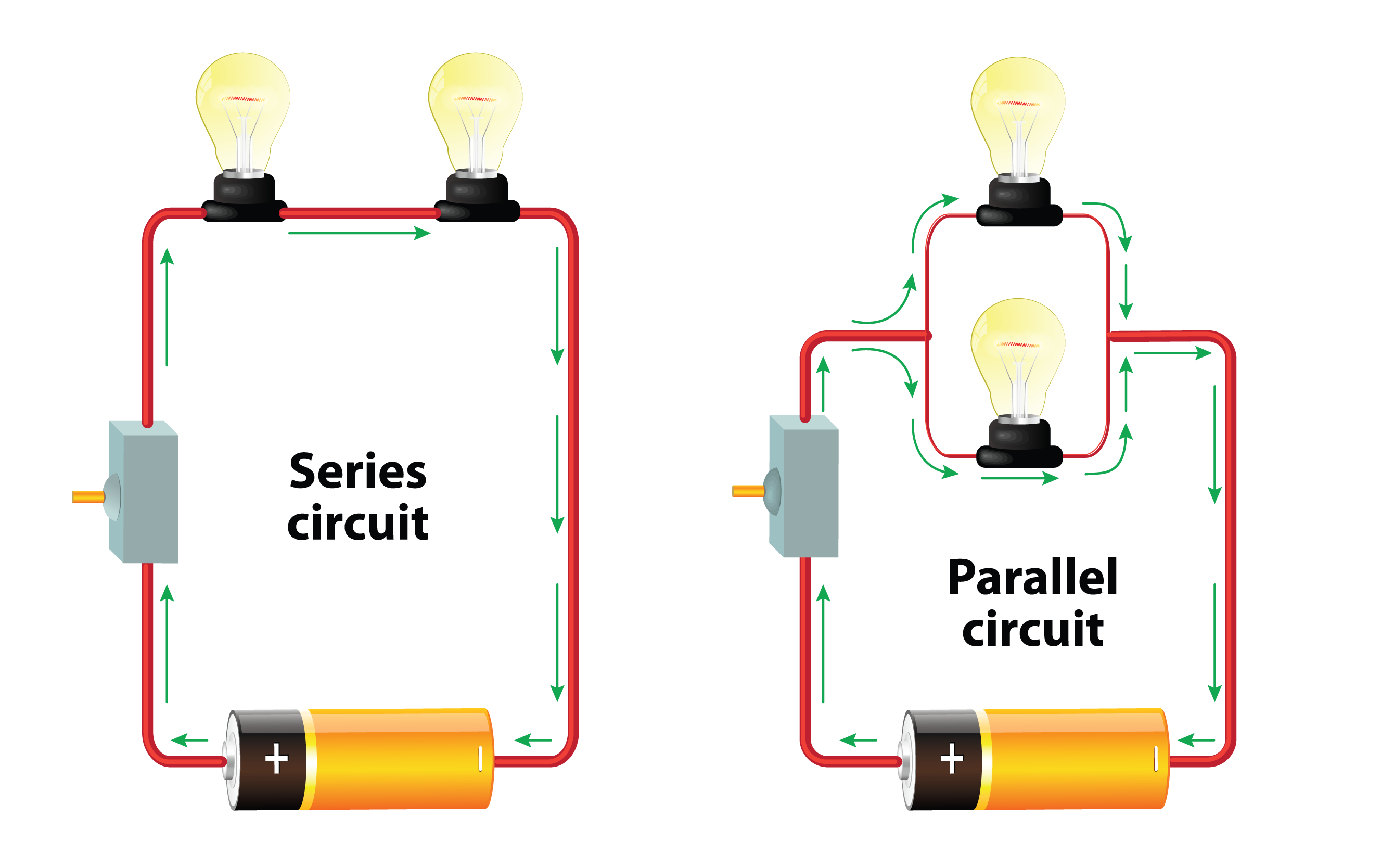 In a series circuit, all the parts are connected one after another. The current is the same all the way through the circuit but if you add more parts, like another light bulb, the current will be weaker. If one part of this circuit burns out, the entire circuit will be broken.

In a parallel circuit, the current is divided. Some of it flows through one path and some through another. Each pathway has a separate switch so both lights don’t have to be used at the same time.