Learn about the geography of Iceland, what it’s famous for and some interesting things this country has to offer.

Learn the country regions of Iceland, the national symbols and what the Icelandic flag looks like.

Discover the top tourist destinations in Iceland and some peculiar foods they eat!

The Blue Lagoons water is a milky blue shade, this is due to its high silica content.
The Gullfoss waterfall is also known as the 'Golden Falls' since on a sunny day, the water takes a golden-brown colour
Jökulsárlón is a vast glacier lagoon and Iceland's deepest lake
Whales are not shy, they often swim very close to the whale watching boats
Strokkur is a very reliable fountain geyser located in a geothermal area beside the Hvítá River in Iceland

Iceland is the second-largest island in Europe. It lies in the Arctic Region of Northern Europe. It is located between the Greenland Sea and the North Atlantic Ocean. It is a volcanic island and several of its volcanoes are active, meaning they can explode at any time. 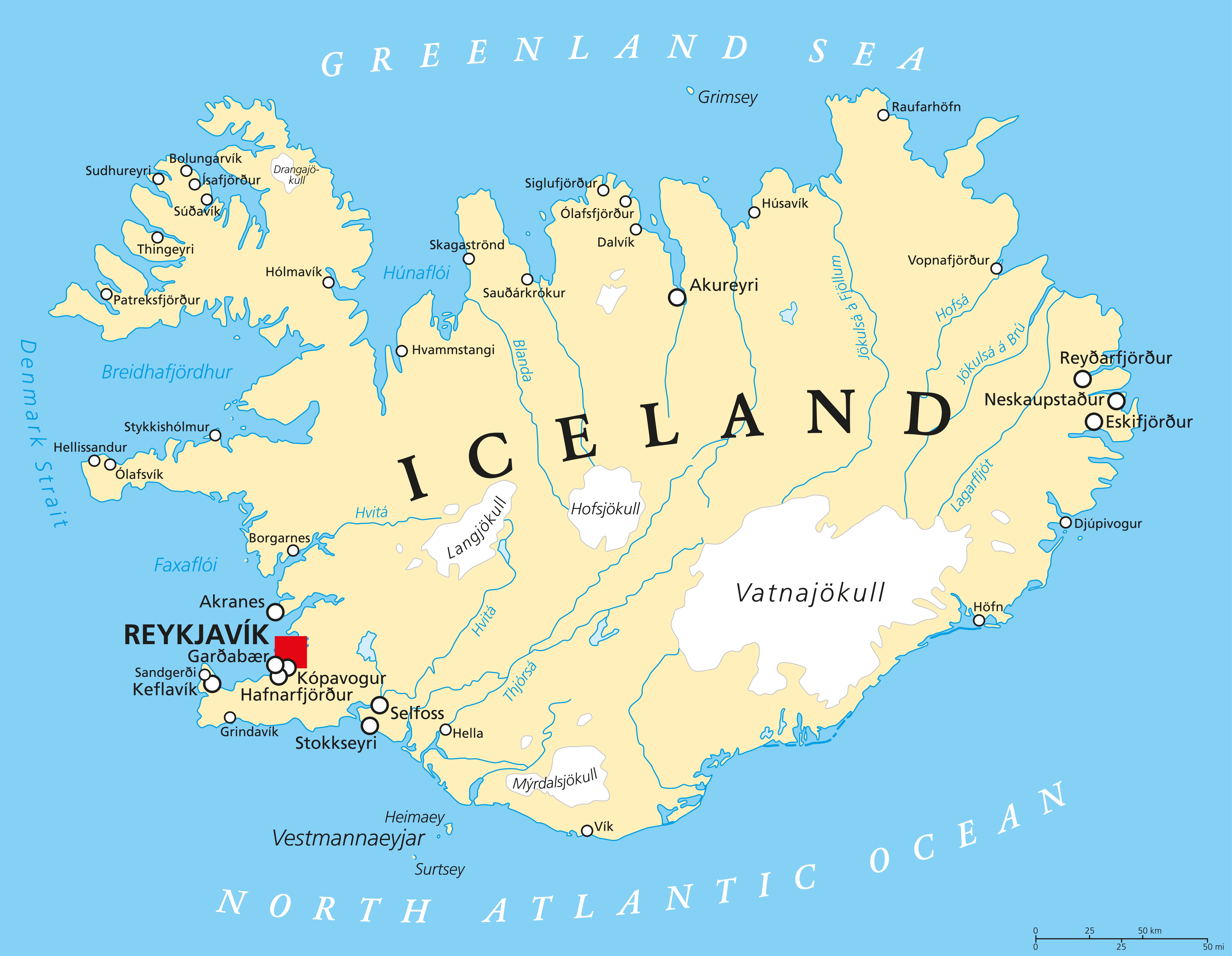 Not many people live in Iceland, only about 350,000 people. They speak a language called Icelandic. The capital of the country is Reykjavik. If you think that’s hard to pronounce, try saying: Þórisvatn, it’s the longest river on the island.

If you’re really brave you can have a go at saying: Hvannadalshnukur. That’s the highest peak of the island, it’s 2110m (6922ft) high. 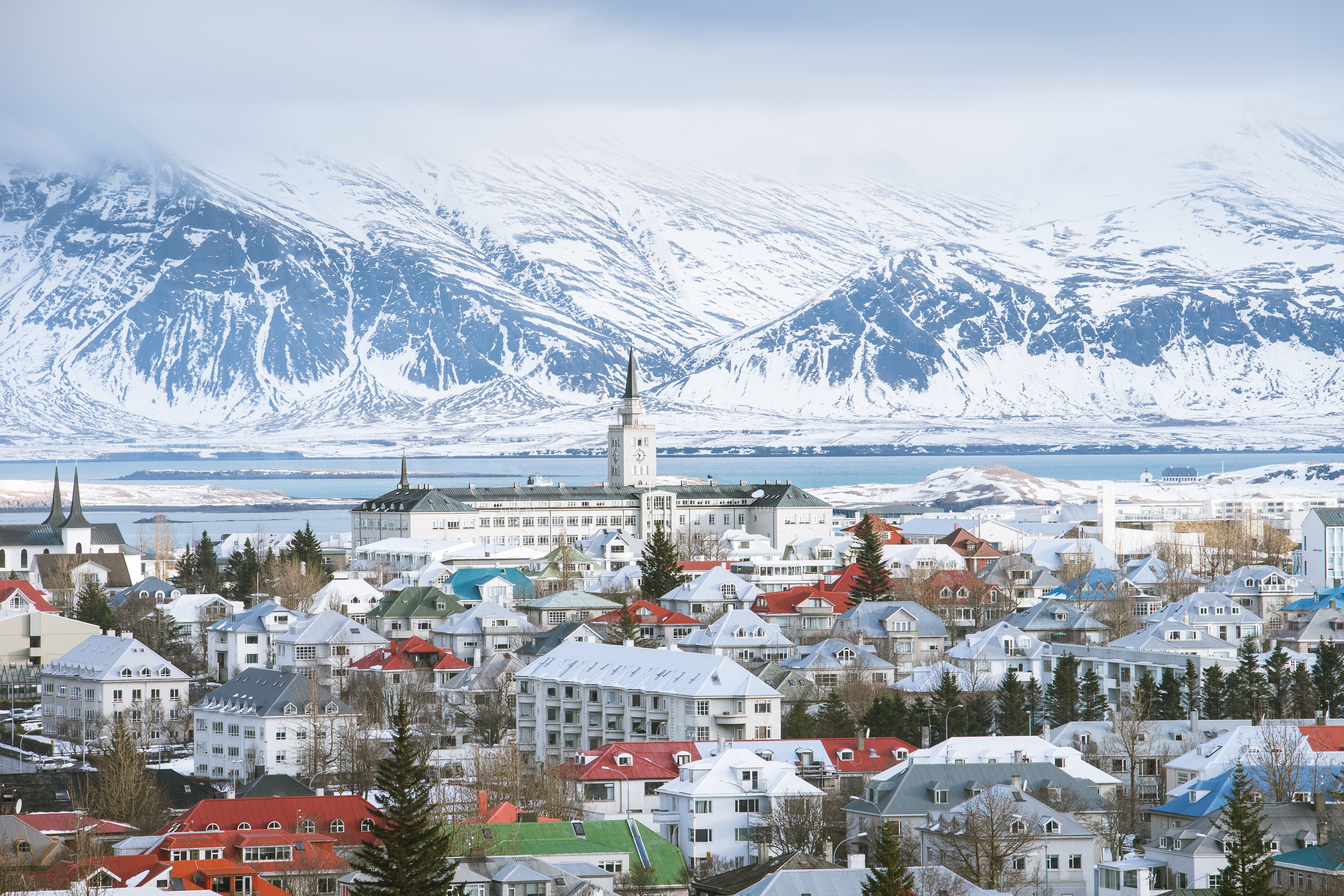 Iceland has mountains, fjords and many waterfalls, hot springs and mud pools. Most of the island is covered by tundra and only 23% has vegetation. The temperature is not as cold as you might think! The warm waters from the Gulf Stream make summers mild and winters bearable.

Reykjavik - the capital and largest city in Iceland. It is the smallest capital city in Europe and is one of the cleanest, greenest and safest cities in the world. It’s the cultural, economic and governmental hub of the island.

What is Iceland famous for?

Iceland is famous for its geothermal spas, glacier-fed waterfalls like Gullfoss, explosive geysers and whale watching.