Learn where to find Japan on the map and explore the country’s landscapes. Find out the highest point, the longest river and interesting things the country is known for.

Learn the 8 regions of Japan, the national symbols and main industries of the country. Get to know a little bit about the flag as well.

Learn about Japanese culture, the local food and some cool facts you can share with your friends.

Japan is an island country in Asia. In fact, it’s an archipelago, that means it is a chain of islands. It’s made up of four main islands and thousands of smaller islands. You can find it on the map near to Russia, Korea and China. 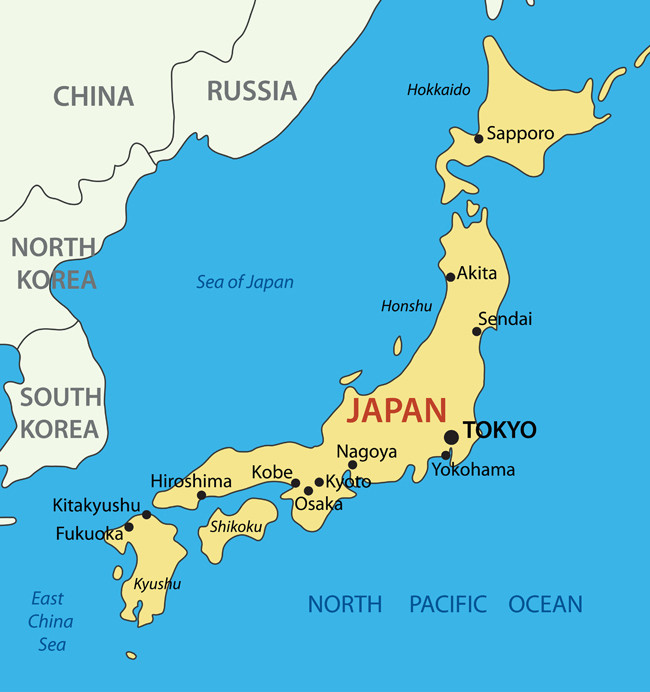 The capital of Japan is Tokyo and over 120 million people live in the country. The language they speak is Japanese. Your first Japanese word can be hello, practise saying “Konnichiwa”.

Japan is a very interesting place to explore with beautiful old temples and graceful animals like the red-crowned crane.

The highest peak is a cone-shaped volcano called Mount Fuji. It’s considered sacred to many Japanese and is 12,387 feet high. 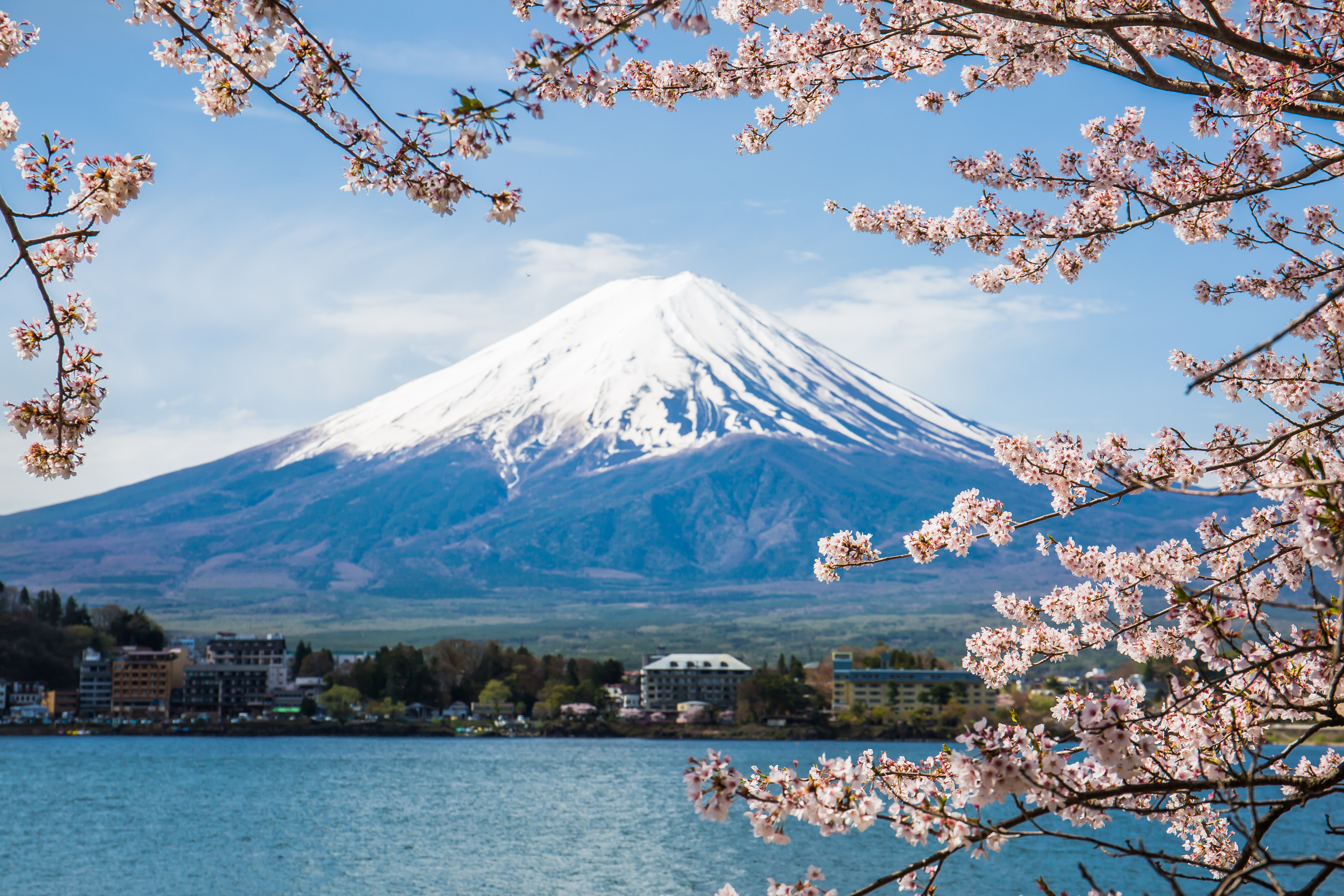 The longest river in Japan is the Shinano River.

Japan is a land of many mountains, many of which are extinct volcanoes. Some are still active! The mountains cover the middle of Japan, leaving only a narrow strip of flat land by the coasts.

Japan is located on the Ring of Fire. This is an area around the Pacific Ocean that experiences many earthquakes and volcanic eruptions. There are about 1500 earthquakes in Japan every year!

The colours of the flag of Japan are white and red.

Tokyo: the capital city filled with shops, restaurants and lots of people! There are many museums, temples and parks to visit. 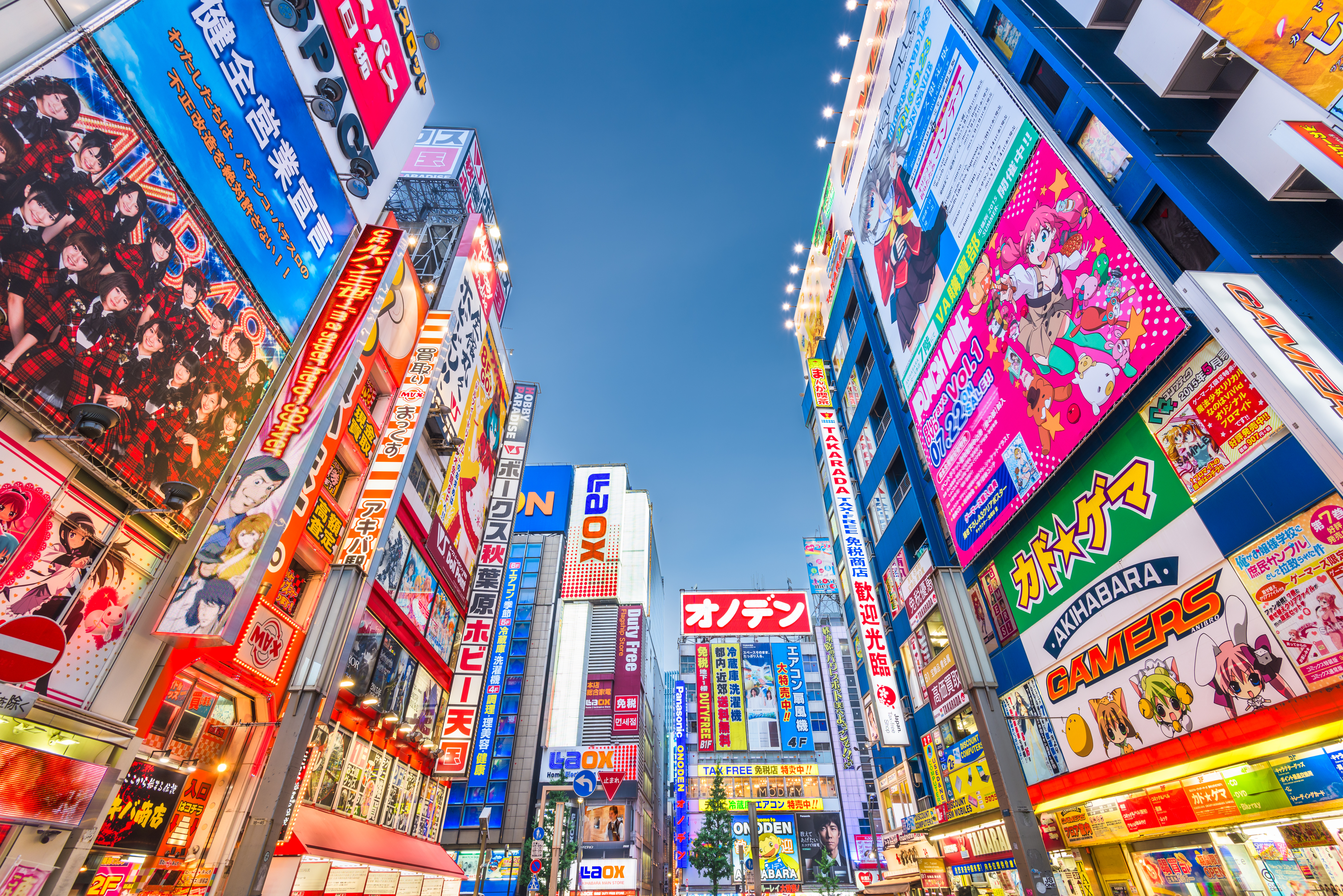 Osaka: a major entertainment city where you can visit Dotonbori and see all the colourful billboards.

Nagoya and Sapporo are other big cities.

What is Japan famous for?