Information for kids to learn about the planet Jupiter. Jupiter has 79 moons and 4 rings. It is one of the four planets in the Solar System that is a gas planet. Saturn, Uranus and Neptune are the other gas planets.

Information for kids to learn about the planet Jupiter. The distance from Jupiter to the Sun is over 483 million miles. Jupiter is the largest planet in the Solar System and is made up of layers and layers of gas. It is called a gas planet.

Jupiter is the largest and fastest spinning planet in the Solar System. It is the fifth closest planet to the Sun. Jupiter is so big that more than 1,300 Earths could fit inside it!

Jupiter has 79 moons and 4 rings. It is one of the four planets in the Solar System that is a gas planet. Saturn, Uranus and Neptune are the other gas planets. 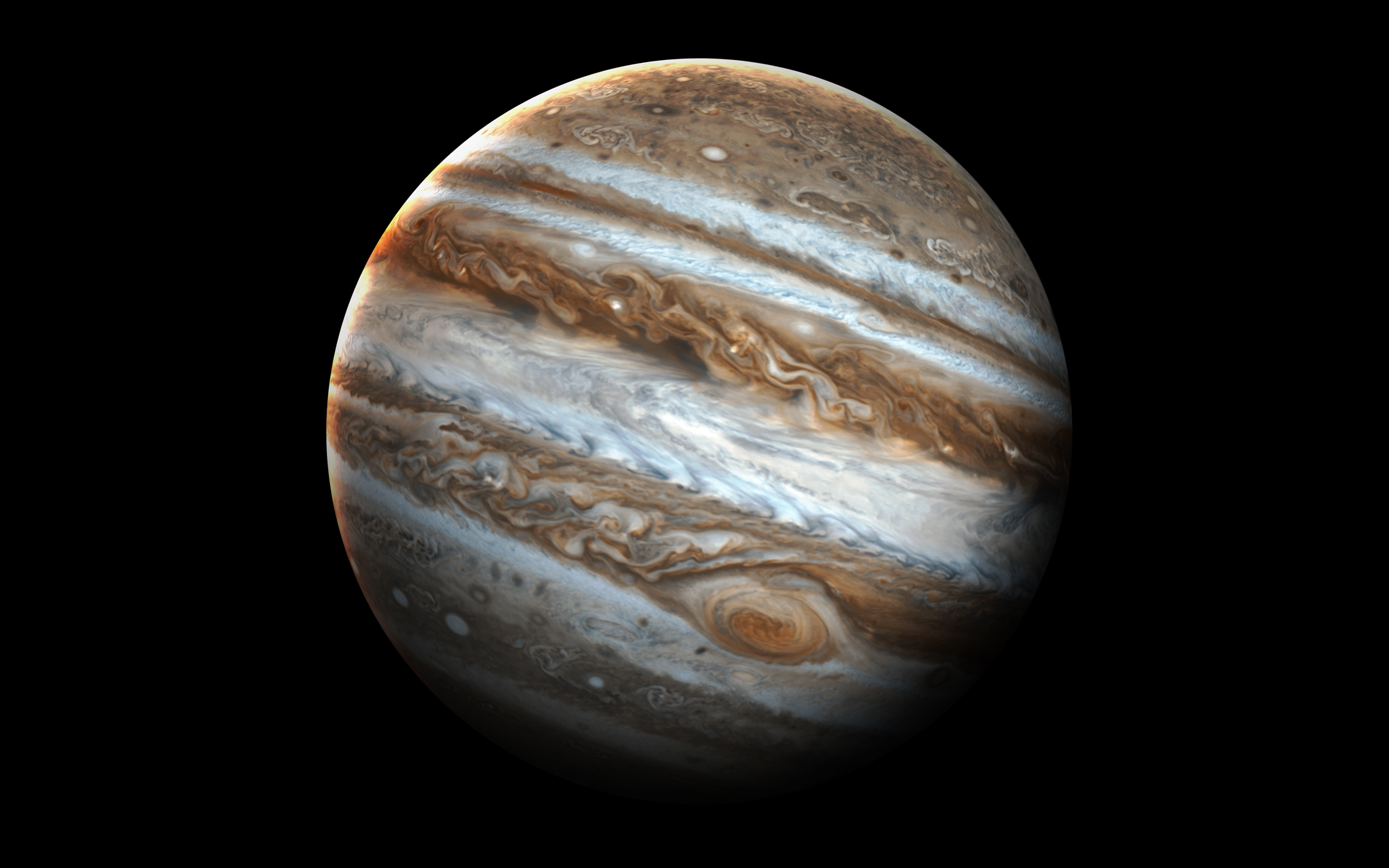 There are many storms on the planet Jupiter. The big red spot is the largest hurricane in the Solar System.

Jupiter is surrounded by thick, colourful clouds of poisonous gases. It is known as the 'Gas Giant'.

We can see Jupiter from Earth because it is the fourth brightest object in the Solar System. The Sun, Moon, and Venus are brighter.