Discover some interesting facts about the planet Mercury, including how it got its name, how fast it travels, and more!

Some interesting facts about the planet Mercury such as its temperature, distance from the Sun, and the Mariner 10 space probe.

Mercury is the closest planet to the Sun. It is also the smallest planet in our solar system. It is a bit larger than our moon.

Mercury moves very quickly across the sky at a speed of 107,372 miles an hour. It is named after the Roman god, Mercury, the fastest of all the gods. It takes 88 days for Mercury to travel around the Sun. The Earth’s orbit lasts for 365 days. 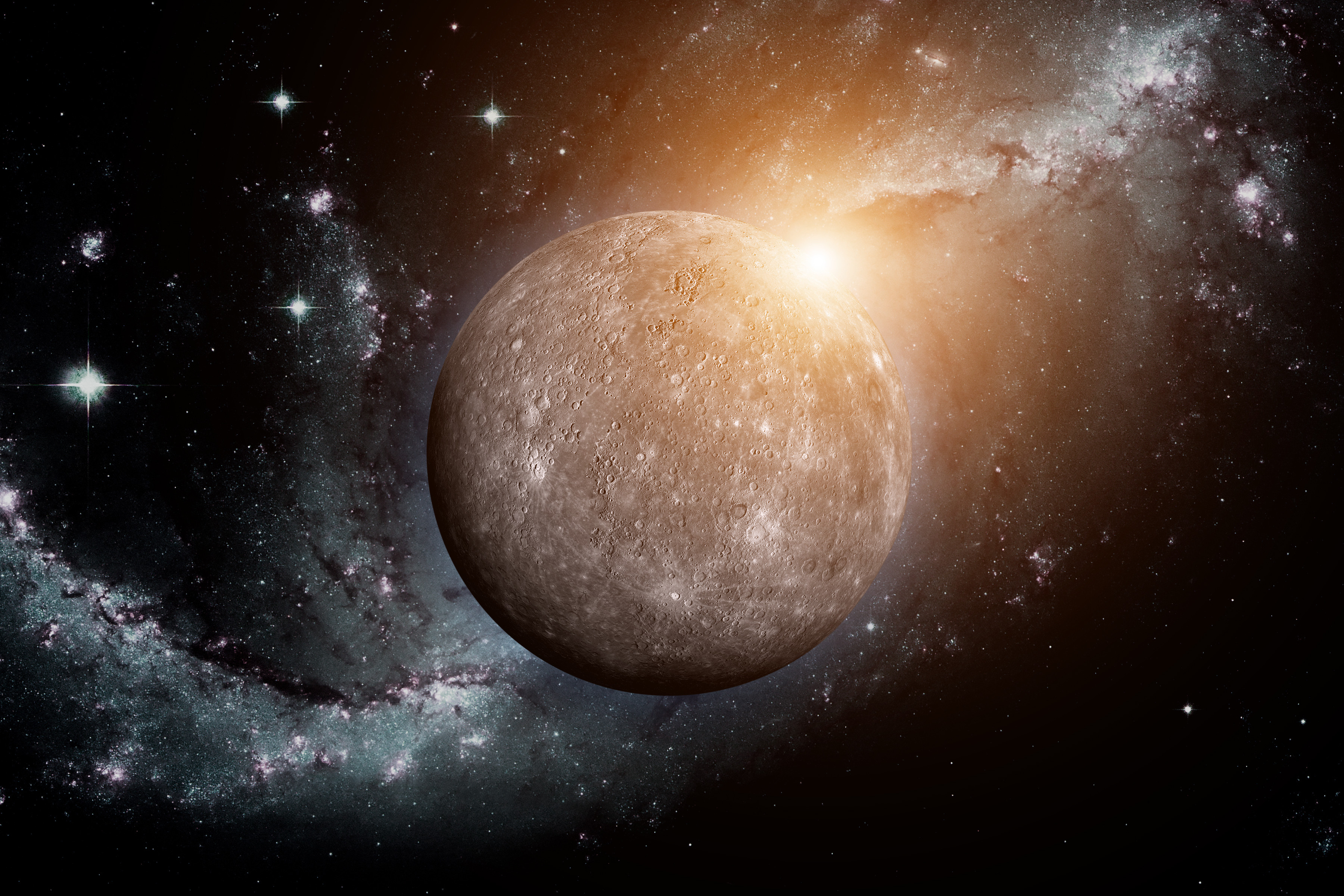 The surface of Mercury is covered with craters. It is one of the rockiest planets in our solar system along with Venus, Earth, and Mars. We can see Mercury from Earth. It looks like a bright star that sits close to the Sun.

Mercury has no moons.