Learn the name of the meridian line that runs through the middle of the Earth and the two hemispheres it divides the world into.

If you have a look at the globe you will see there are lines that go up and down and left to right. These lines don’t really exist, they’re imaginary, but they help us locate places on the Earth. 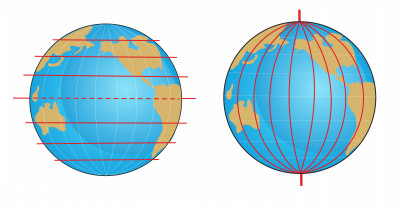 The lines that go up and down from the North Pole to the South Pole are called meridian lines, or lines of longitude. The one that is in the centre is called the Prime Meridian. It is the starting point for measuring and is 0º longitude.

The Prime Meridian divides the Earth into two halves or hemispheres: the Eastern Hemisphere and the Western Hemisphere. This imaginary line runs through Europe, Africa and Antarctica. It is sometimes called the Greenwich Meridian because it passes through Greenwich, England. 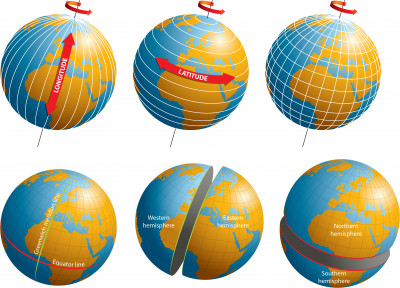 The Meridian lines that run through the Earth from top to bottom help us divide the countries into 24 time zones. We can’t all have the same time because while it’s day time in one half of the world, the other half of the world is sleeping.

As you move around the globe (starting at the Prime Meridian) the time will change. Depending on if you go left or right you will add or subtract hours. Eventually, you will reach a place where the time is either one day ahead or one day behind. This place is the International Date Line and it is exactly opposite the Prime Meridian, at 180º longitude.

Try and solve the mystery:

One day Ferdinand Magellan, a famous sea explorer, set sail around the Earth. His sailors kept a careful record of times and dates as they travelled. But, when they returned home, they noticed their calendars were off by one day. What happened?

Upgrade Now
Remind Me later
No Thanks
You can revert your account back at anytime.
Meridian Lines
Level 1 Completed
50atoms Earned
Well done! you have earned 50 credits
Meridian Lines
Well Done!
You’ve finished this activity and scored:
60%
Receive 50 credits to purchase Hero avatars by completing the remaining 4 question you you answered incorrectly.