Learn where to find Morocco on the world map, the highest point, longest river and funny animals that live here.

Learn the regions of Morocco and how to recognise the flag. Learn what products Morocco exports to other countries and some of the national symbols.

Morocco is a country in the northwest corner of Africa, next to Algeria and Mauritania. You can find it on the map just under Spain. Spain and Morocco are very close to each other and are only separated by a narrow waterway called the Strait of Gibraltar. 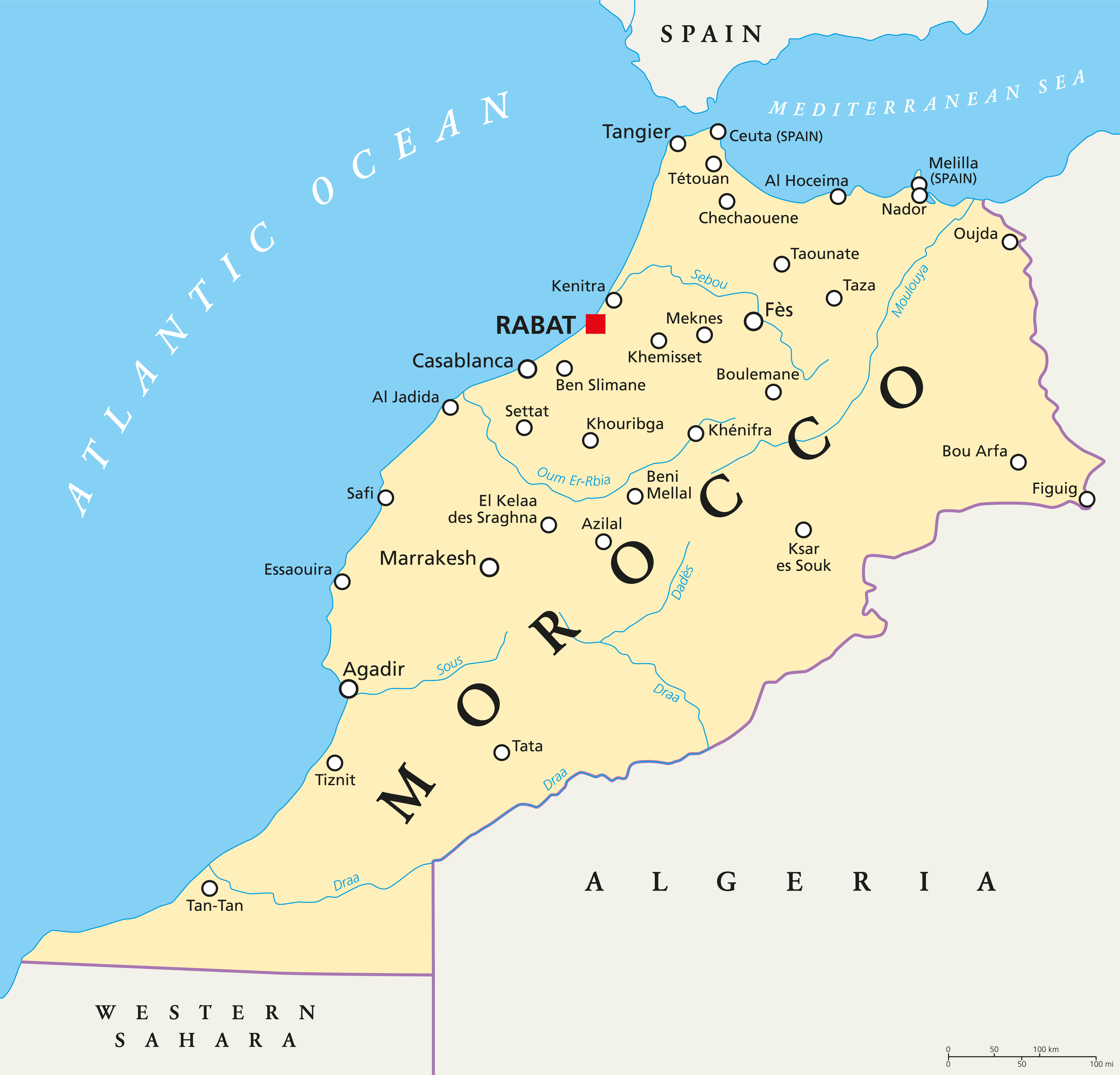 Morocco is one of only three countries (along with Spain and France) to have both an Atlantic and Mediterranean coastline.

The capital of Morocco is Rabat and over 35 million people live in the country. There are two official languages: Arabic and Berber. French is spoken by many people as well. If you want to learn a bit of Arabic you can practise saying ‘Salaam’, that means hello. 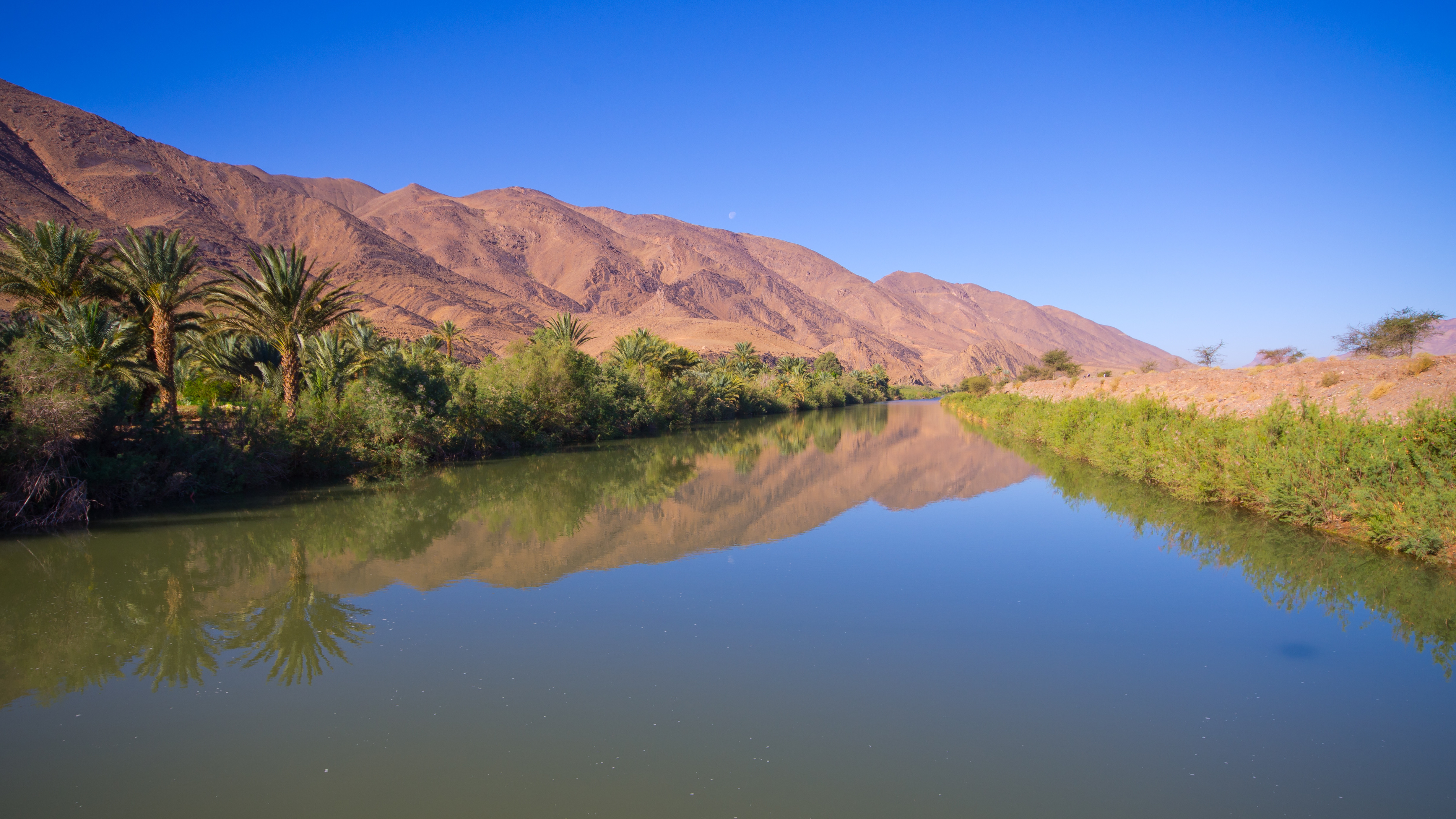 Mt. Toubkal is the highest peak in Morocco. It’s in the Atlas mountains and in winter it is covered with snow

Chameleons, geckos, snakes, camels, sheep, goats, wild boars and macaque monkeys are all commonly found in Morocco. Some goats can even climb trees! 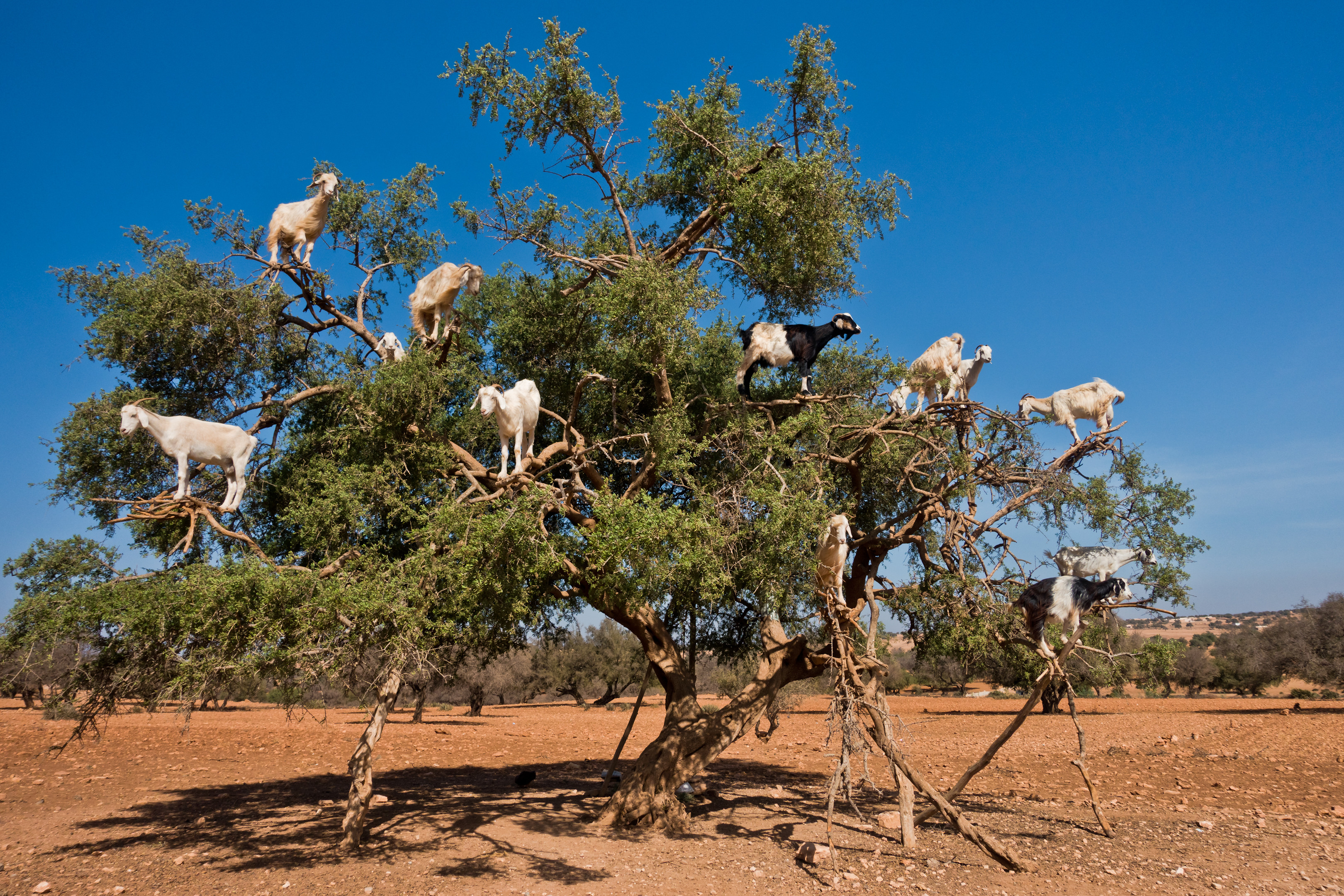 Morocco is very mountainous. The Rif Mountains are to the north and the Atlas Mountains are mainly in the centre and to the south. The Berber people (an indigenous nomadic people) of Morocco inhabit these areas.

The country has a Mediterranean climate with lush forests and the dry Sahara Desert further south. 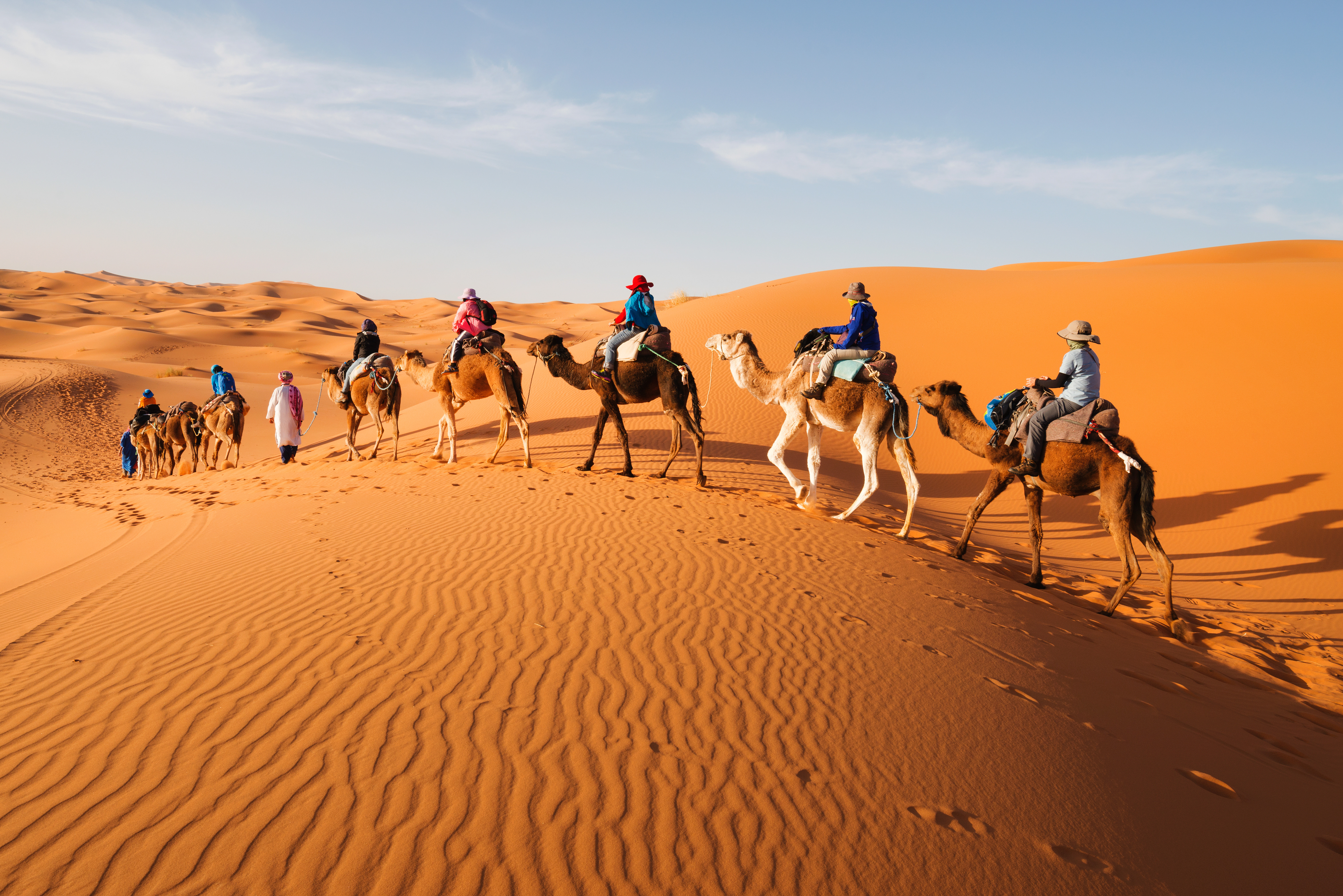 The colours of the flag are red and green.

Rabat: the capital city where you can see the old medieval city, Chellah, stroll through the Andalusian Gardens or visit the medina of Rabat.

Casablanca: the largest city in Morocco and also the main port.

Marrakech: the red walls of this city have given it the nickname the ‘red city’. It is particularly popular among French tourists and many French celebrities have houses here. 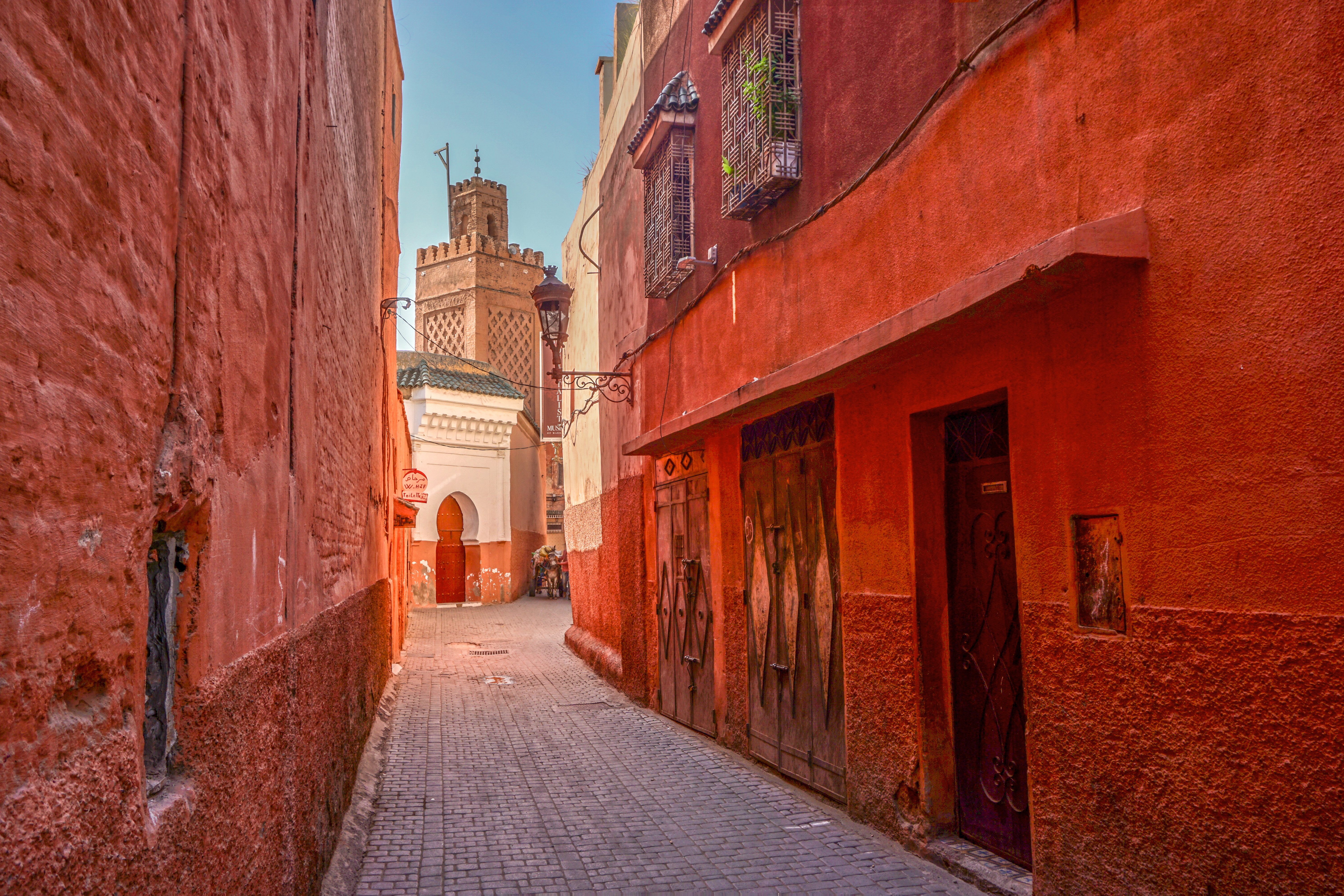 What is Morocco famous for?

Morocco is famous for its culture and ancient sites. The country is covered with stunning mosques, street markets and great food.