Kids learn about Norway, what it’s famous for and some interesting things this country has to offer.

Find out how Norway is run, the main religions and what the flag looks like.

Find out about the top tourist attractions, famous Norwegian people and some interesting facts you definitely don’t know.

Norway is a country in Northern Europe that borders the North Sea and the North Atlantic Ocean. It’s the home of the Vikings, a sea warrior people that lived a long time ago.

Norway is a Scandinavian country. Together with Sweden and a small part of Finland, it makes up the Scandinavian Peninsula. Around 5 million people live in Norway and the capital city is called Oslo. 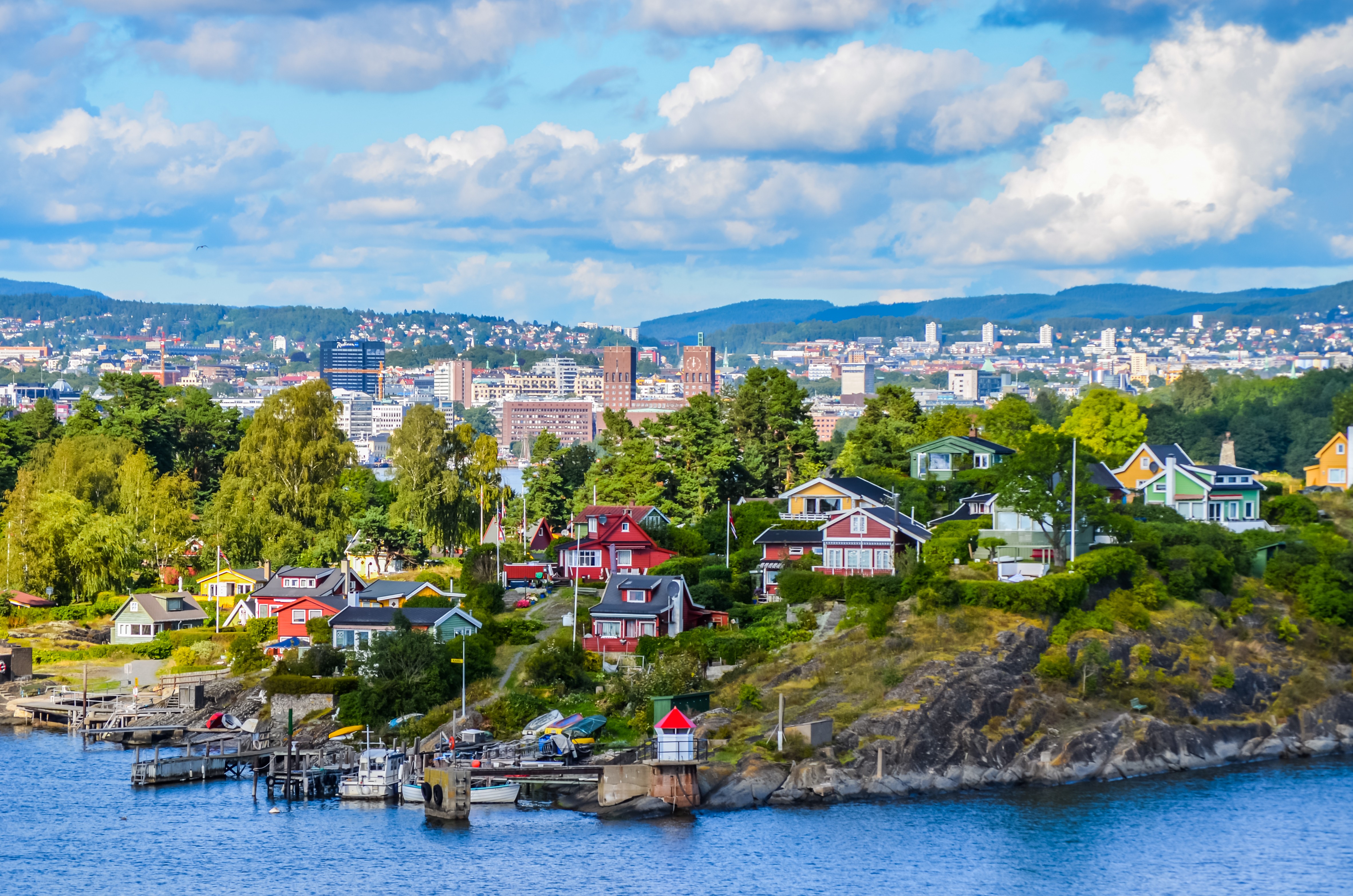 The language they speak is Norwegian, 'hallo' means hello, it’s the same as German because it is a Germanic language.

Norway has many mountains and some are so steep that no one has ever tried to climb them! Galdhøpiggen is the tallest mountain in Norway.

Norway also has many fjords. A fjord is a part of the sea that comes into the land between steep cliffs. Many people travel to Norway to see the fjords. The Sognefjord, nicknamed the King of the Fjords, is the largest and deepest fjord in Norway. 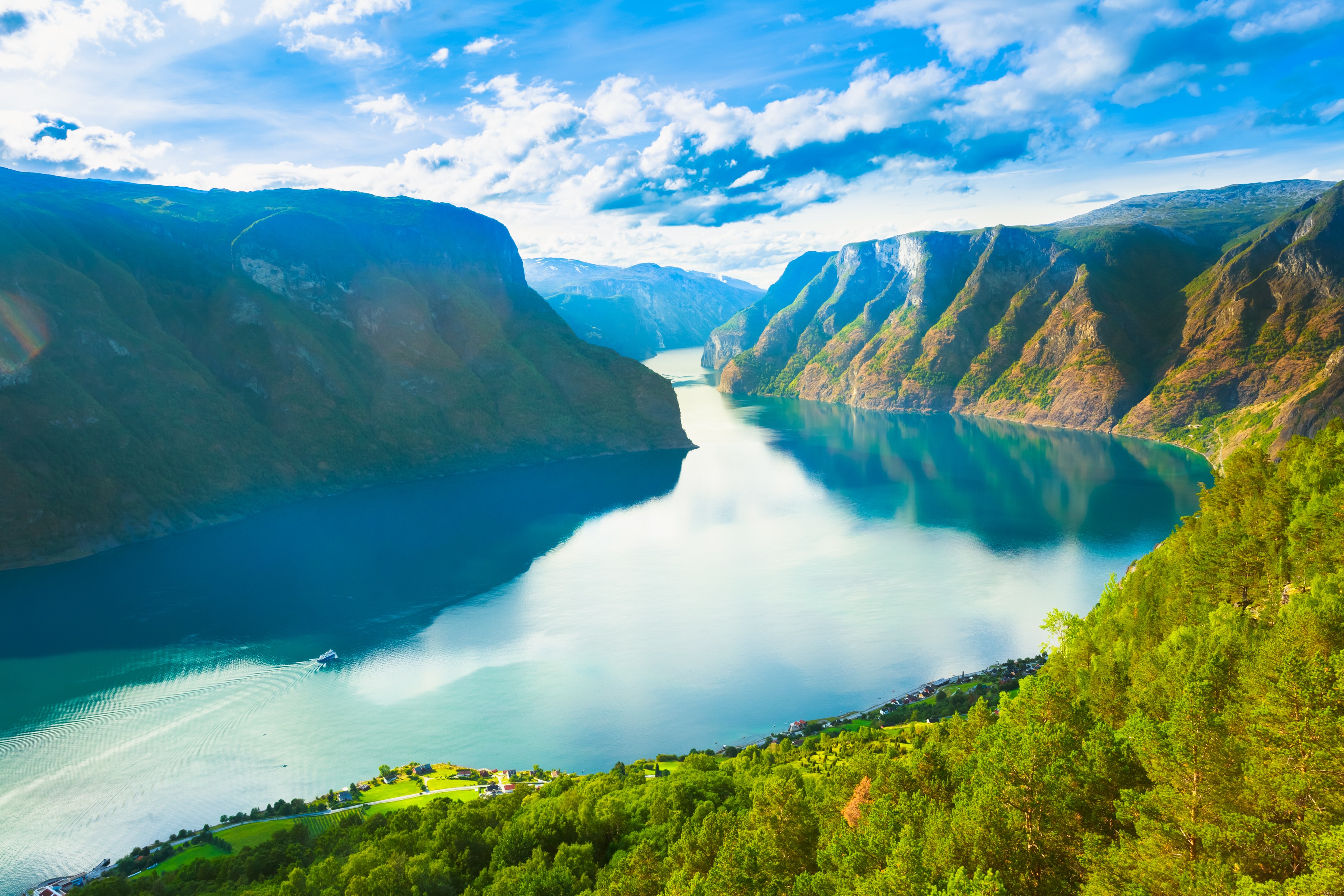 People also come to Norway to see the sky dance with colourful lights, these lights are known as the northern lights and Norway is one of the best places to see them in the whole world!

Norway is a cold snowy country. A lot of the country is covered by mountains but there are also valleys, coastlines and small fishing villages. The Arctic tundra is in the north and is home to animals like polar bears, walruses, Arctic foxes, moose, reindeer, lynx, whales and puffins. 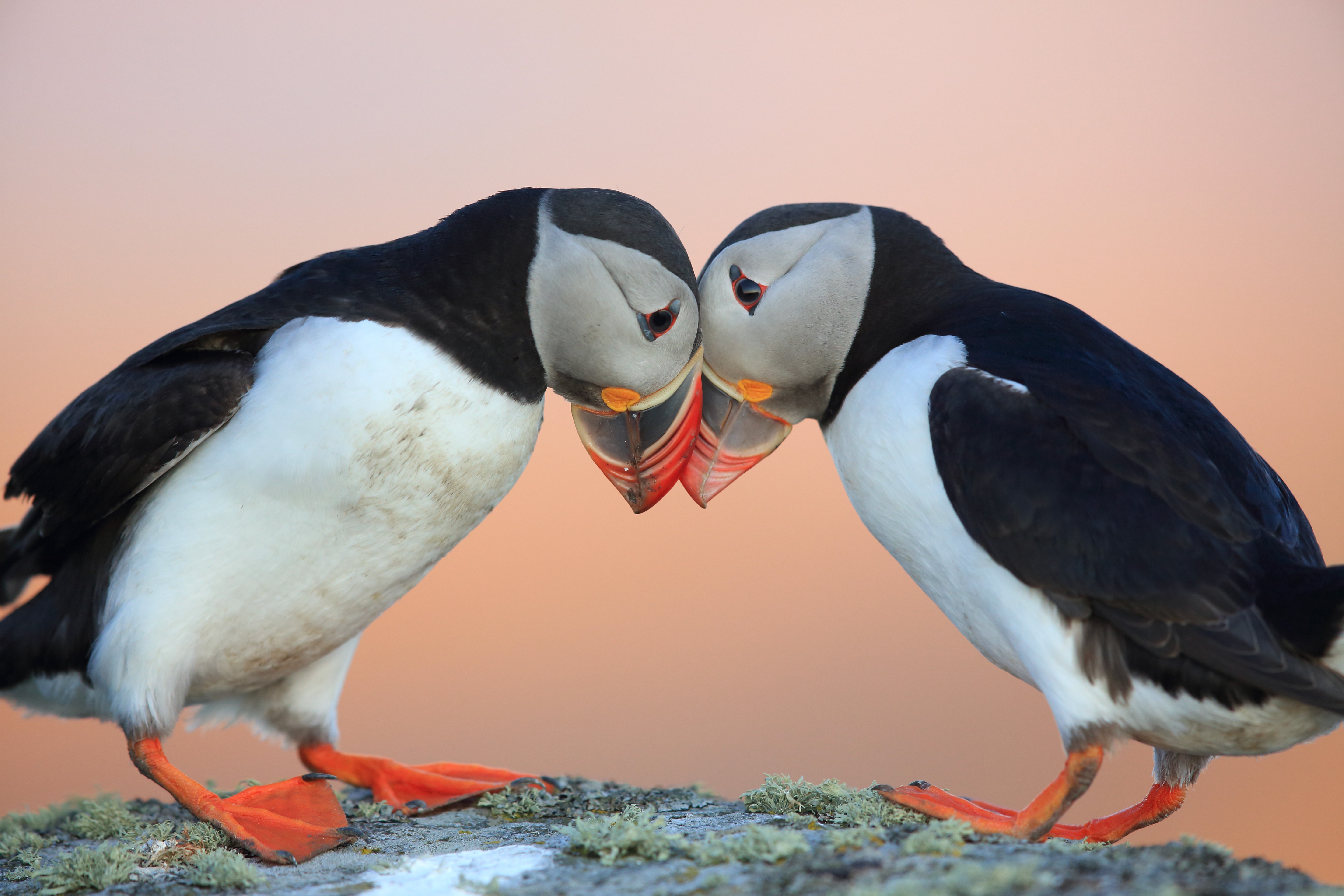 Oslo - home of the Royal Palace and an open-air museum of old Viking ships. It is also the largest city in Norway.

Bergen - this city brings nearly half a million passengers every year to the shore. Over 300 cruise ships stop here every year. It is the second largest city in Norway.

Trondheim - a university city and a great place to see beautiful architecture.

What is Norway famous for?

Norway is famous for its fjords, its Viking history, fishing, colourful homes, skiing and hiking.