Learn about Pearl Harbour and how it’s related to World War II. Find out when the war began and when it ended.

Learn more about why the U.S. had a naval base in Hawaii and why the Japanese attacked it.

Find out how the United States fought back against the Japanese and the disastrous effects of the nuclear bombings in two Japanese cities.

Before we learn about the attack on Pearl Harbour, let’s find out what was happening in the world at the time of the attack.

Imagine taking a trip in a time machine and travelling all the way back to 1941. The world was going through one of the biggest wars in history: World War II.

The leader of Germany, Adolf Hitler, was on a mission to conquer more lands, he had a plan to invade France and Great Britain. 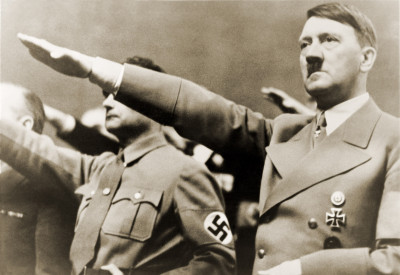 Countries teamed together to fight him. Britain, France and the Soviet Union (Russia) fought together on one side. Italy and Japan joined the side of the Germans.

The United States weren’t fighting in the war but then something happened!

On December 7th, 1941, the Japanese attacked the United States naval base at Pearl Harbour. It was a surprise attack, perfectly planned on a Sunday morning when the Japanese thought the Americans would be more relaxed. Many of the American sailors were still in their pyjamas. 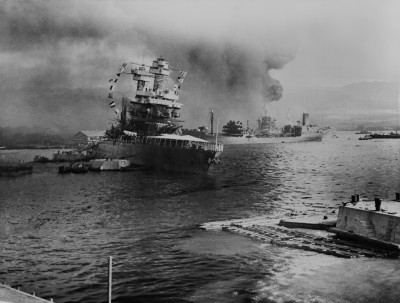 183 Japanese fighter planes flew over Pearl Harbour dropping bombs on the Americans. An hour later, 167 planes dropped the second round of bombs. In 110 minutes the American naval base was destroyed and over 2,000 sailors were killed.

The very next day on December 8th, 1941, the U.S. declared war on Japan. The Americans had now joined the war.

World War II lasted for 6 years and by 1945 it was over. The Japanese surrendered but the war took millions of lives on all sides.