Kids learn where polar bears live and what they eat, including some fun facts about how many teeth they have and how long they can live without food.

Kids discover how polar bears keep warm, how they communicate and how they raise their cubs.

Kids learn the major threats polar bears face and how these can affect their ability to survive and reproduce.

Where do polar bears live?

Polar bears are giant white bears that live in the frozen lands of the Arctic, Canada, Alaska (U.S), Greenland, Russia and Norway.

They are the largest carnivores (meat-eaters) on land and can measure over 2.5m long. They're also very heavy. Male polar bears can weigh as much as 10 men! 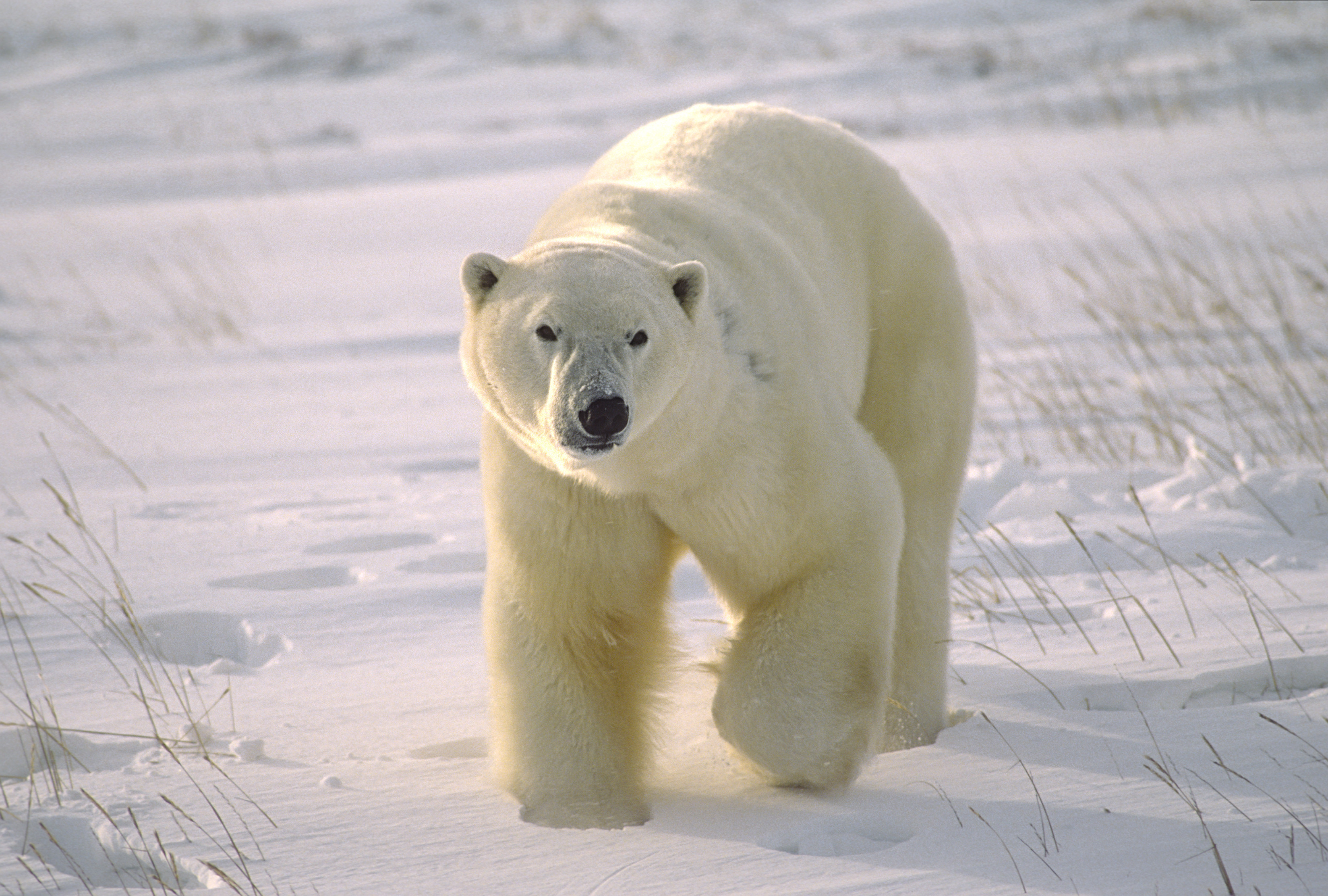 What do polar bears eat?

Polar bears have a great sense of smell which they use to track food. Their favourite meal is seals, especially seal blubber.

Polar bears might be big and heavy but they're very good swimmers. They swim with their front paws, similar to dogs. Their feet are slightly webbed and about 30cm wide, great for using as paddles. 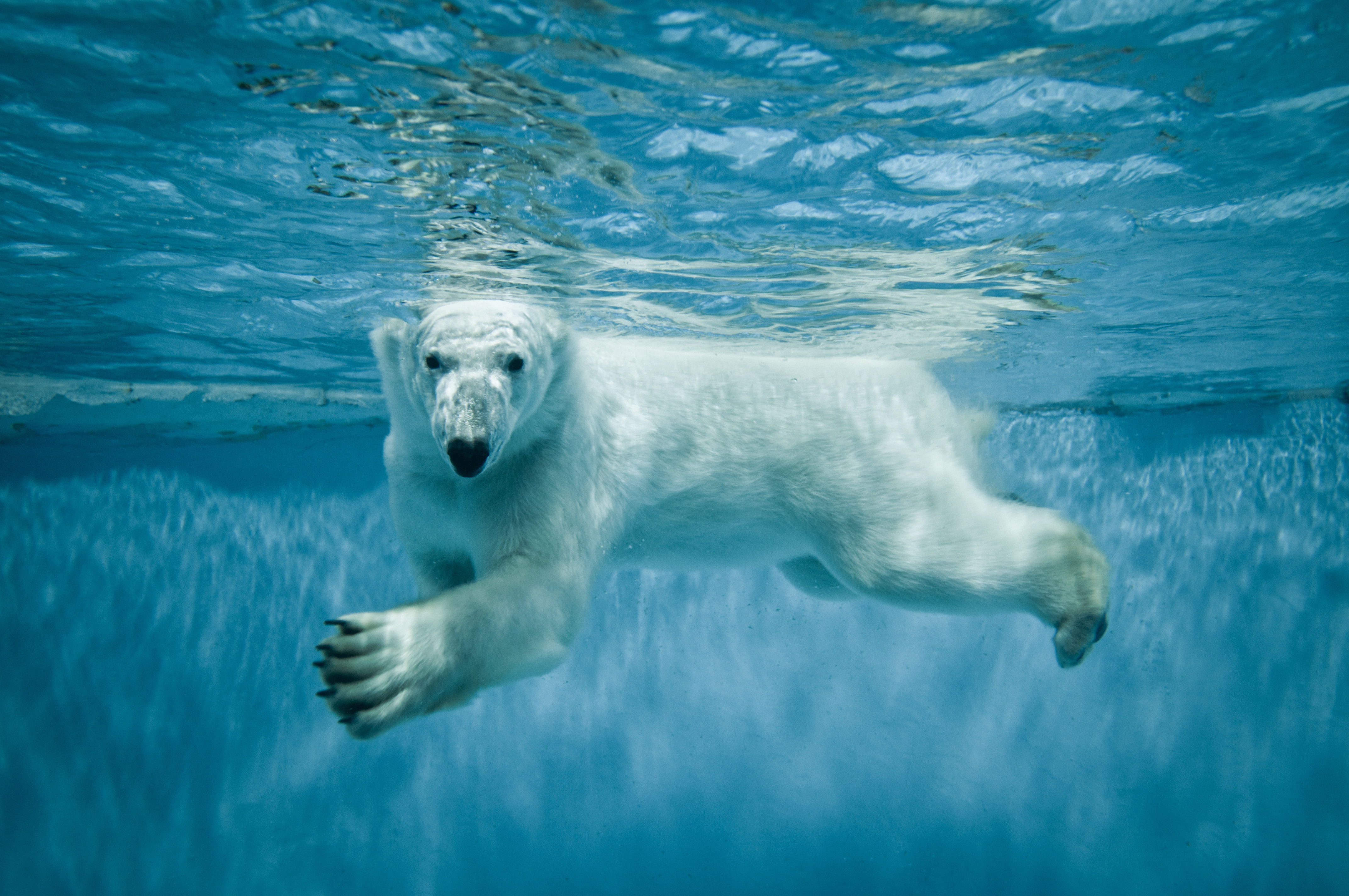 Although they are good swimmers, they aren't always quick enough to catch seals in open water. Instead, they wait quietly near a seal's breathing hole in the ice.

As soon as the seal pops out for air, the polar bear snatches it up as quickly as it can. Polar bears can wait for many hours or even days before they catch a seal. 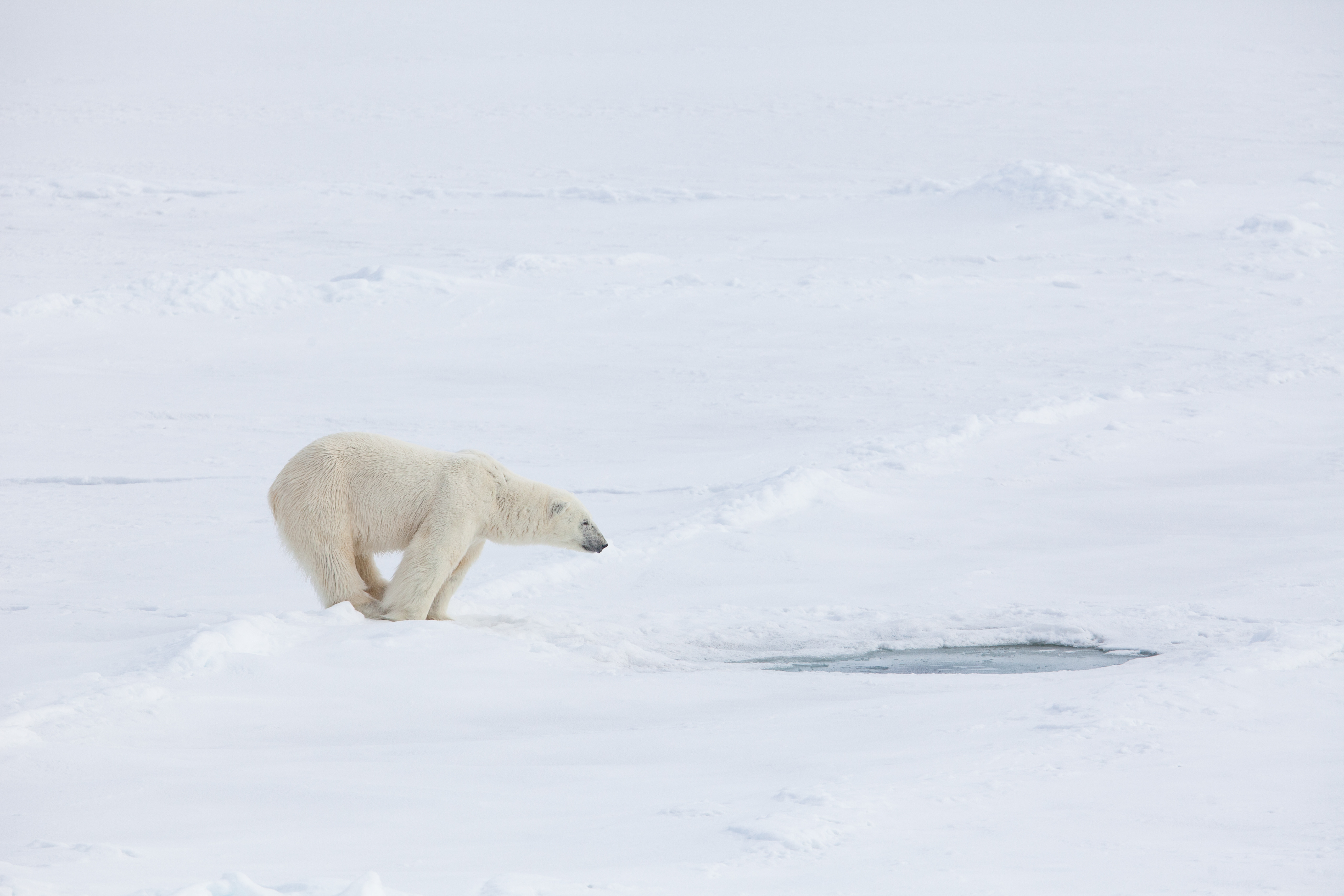 Sometimes they eat walruses or beached whales. If they're stranded on land they eat bird eggs, vegetation, geese or even caribou.