Learn about the Roman army, one of the biggest armies in history! Have a look at some of the weapons the soldiers carried and how the army was divided.

The Roman Empire was one of the most important empires in history. This big empire needed to be protected, so an army was created. It was called the Roman army and was one of the fiercest in the world.

The soldiers were strong and disciplined. They all marched together as one and obeyed the signals of their commander. They were punished if they disobeyed.

To protect themselves in battle they wore heavy armour made of iron strips. The strips gave armour flexibility. They also wore iron helmets that covered their heads and necks. 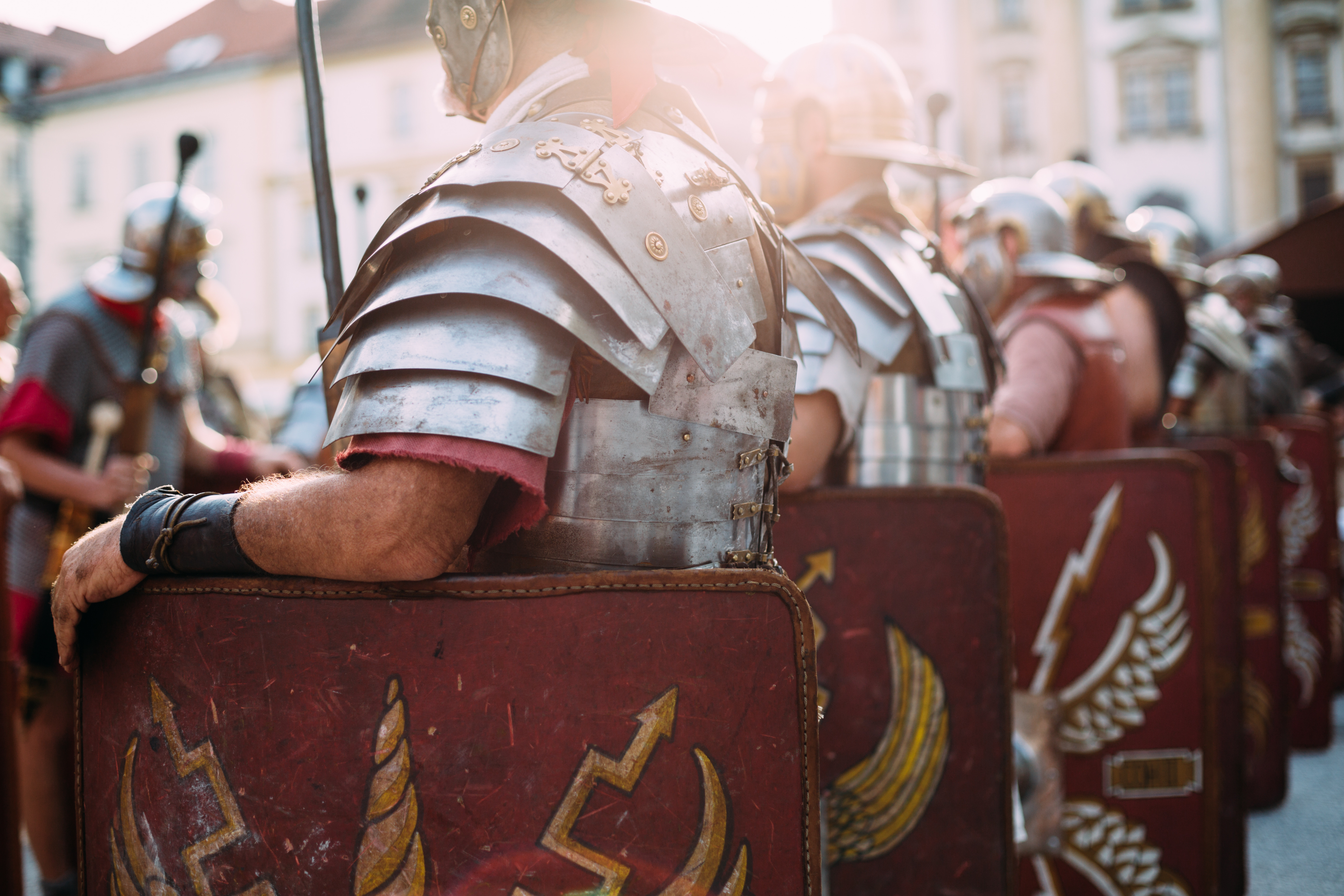 Different soldiers carried different weapons. Here are some of the weapons they used: 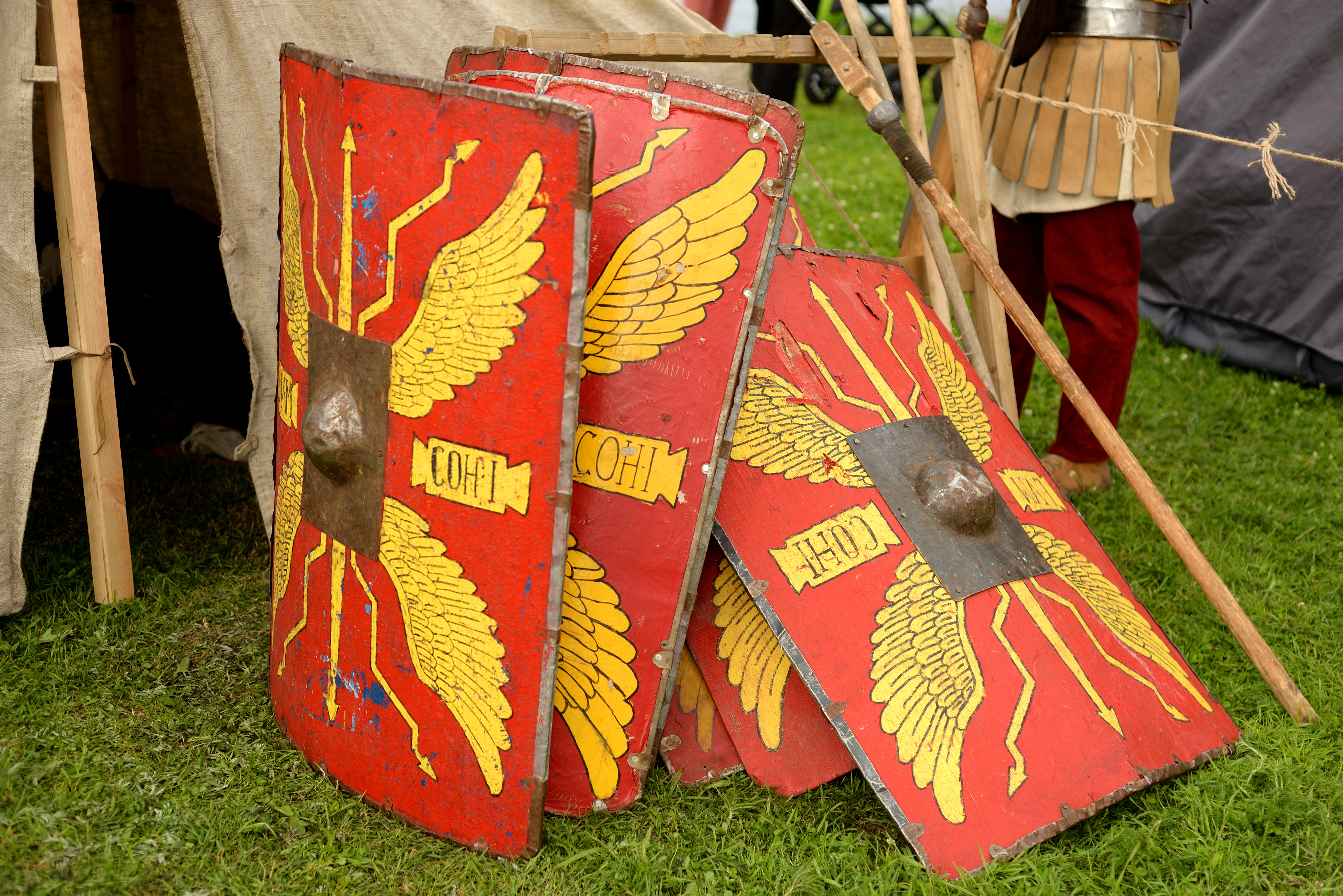 Every day they trained in running, jumping, javelin throwing and sword fighting. They used wooden swords when they trained with each other.

Types of soldiers in the Roman Army

Only men were allowed to fight in the army and they had to be over 17 years old.

The two main types of soldiers were:

Legionaries: these soldiers were Roman citizens that signed up to fight for 20 years. They were given land and money after the 20 years were over.

Auxiliaries: these soldiers were not Roman citizens. They were from lands that had been conquered by Rome. They had to serve for 25 years and were paid less than the legionaries. They often fought in the front lines, where it was more dangerous! After serving they were allowed to become Roman citizens. Roman citizens had more rights than other people so everyone wanted to be a Roman citizen in those days.

Parts of a Roman Army

Thousands of men were in the Roman army so it was important for the army to be well organised. To do this, it was divided into 30 legions of 4000-6000 soldiers. The leader of each legion was called a legate. A group of 120 horsemen were attached to each legion. These horsemen were used to send messages and acted as scouts.

Each one of these 30 legions was made up of 10 cohorts. The cohorts were divided into 6 groups of 80 men called centuries. The leader of a century was called a centurion. 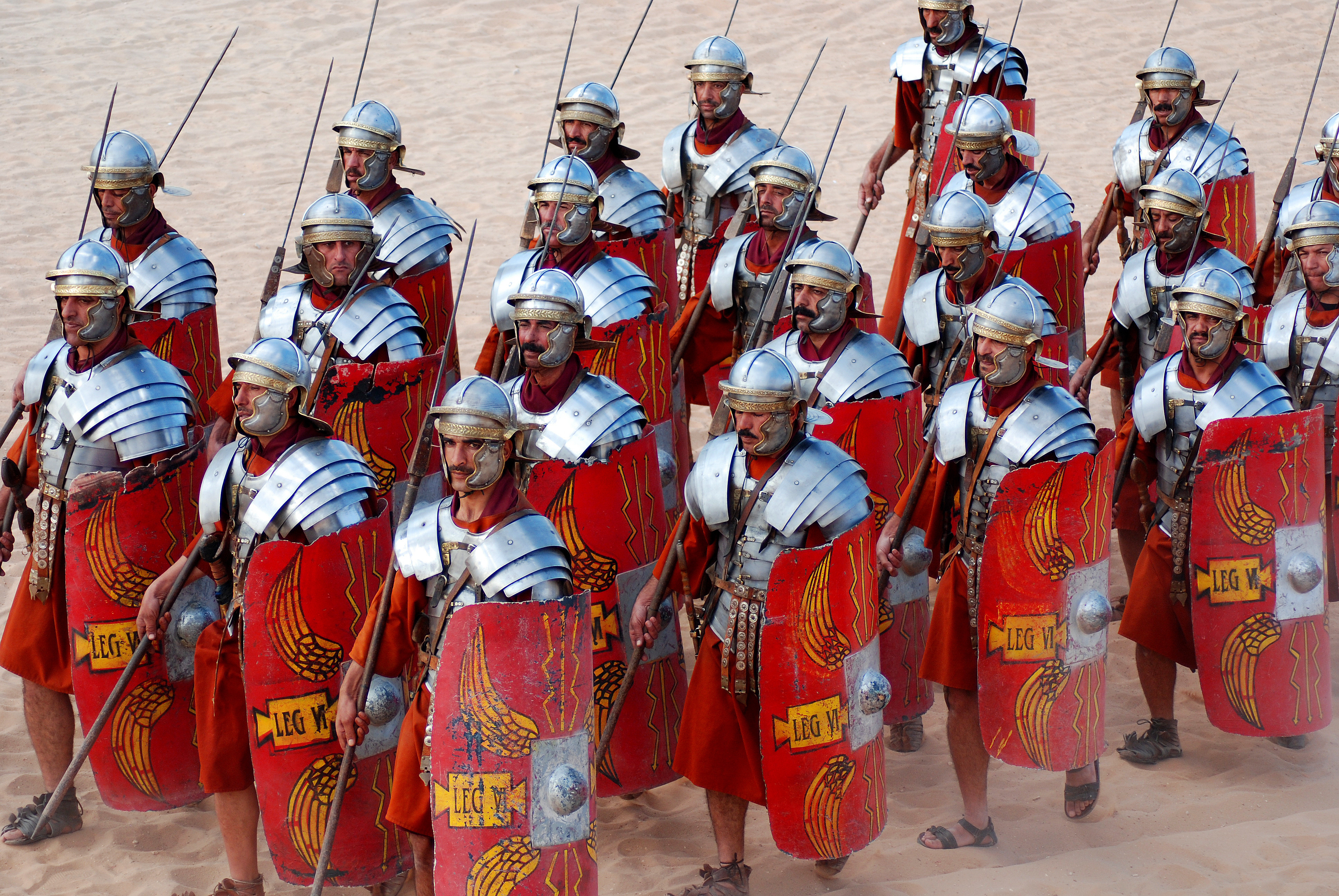 The centuries were then divided into 8 contubernium. Just imagine how many groups of soldiers there were! They must have looked very scary to their enemies.