Let's take a look at some common methods to separate mixtures:

Evaporation - This process uses heat to separate solids from liquids. The easiest example is salt (solid) mixed with water (liquid). If you want to separate the solid, you can evaporate the water. The salt cannot evaporate so it is left behind.

Distillation - This process uses boiling to separate mixtures, it is similar to evaporation. Think about the example of saltwater again. If you boil the water, the water will evaporate leaving the salt behind, but what if you want the water instead of the salt? To do this you have to collect the steam. When the steam cools down it will turn back into water, and there you have it! 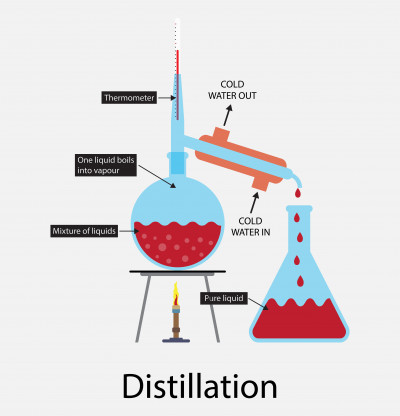 Filtration - This process is used to separate substances that have different particle sizes. An example is sand and water. If you pour this mixture through a sieve or filter, the water particles which are smaller than the sand particles will slip through the holes. The sand which is bigger will not. You can also use filtration to separate dirt from water to obtain cleaner water. The water that runs through the sieve is called the filtrate and the sand that is removed is called the residue. 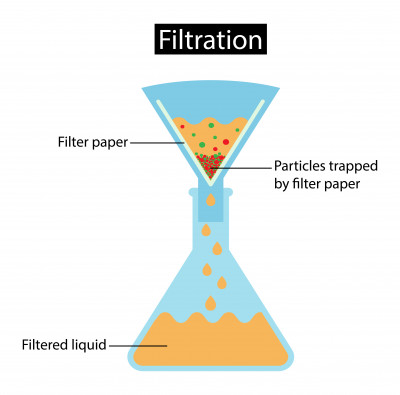 Paper chromatography - This is often used by food scientists to know what colourings are in food. Mixtures are dissolved in liquid or gas to make a solution. The solution is then put on a solid, like paper, and then dipped into a liquid like water or ethanol. The substances within the mixture will start to separate and form coloured bands called chromatograms. 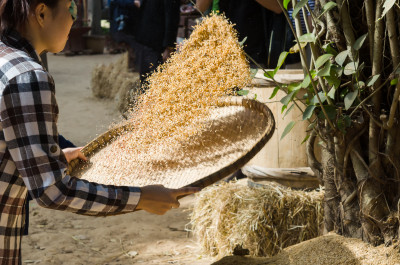 Upgrade Now
Remind Me later
No Thanks
You can revert your account back at anytime.
Separating mixtures
Level 1 Completed
50atoms Earned
Well done! you have earned 50 credits
Separating mixtures
Well Done!
You’ve finished this activity and scored:
60%
Receive 50 credits to purchase Hero avatars by completing the remaining 4 question you you answered incorrectly.