Learn how to find Singapore on the map and discover what strange animal lives in this part of the world.

Find out about the flag of Singapore, national symbols and some of the country’s major exports.

Discover Singaporean culture and some things to do and definitely not do! Learn about the main religions and try some local food.

Singapore is an island country in Asia. It’s made up of a mainland and lots of smaller islands. It is north of the equator, right under Malaysia and next to Indonesia. 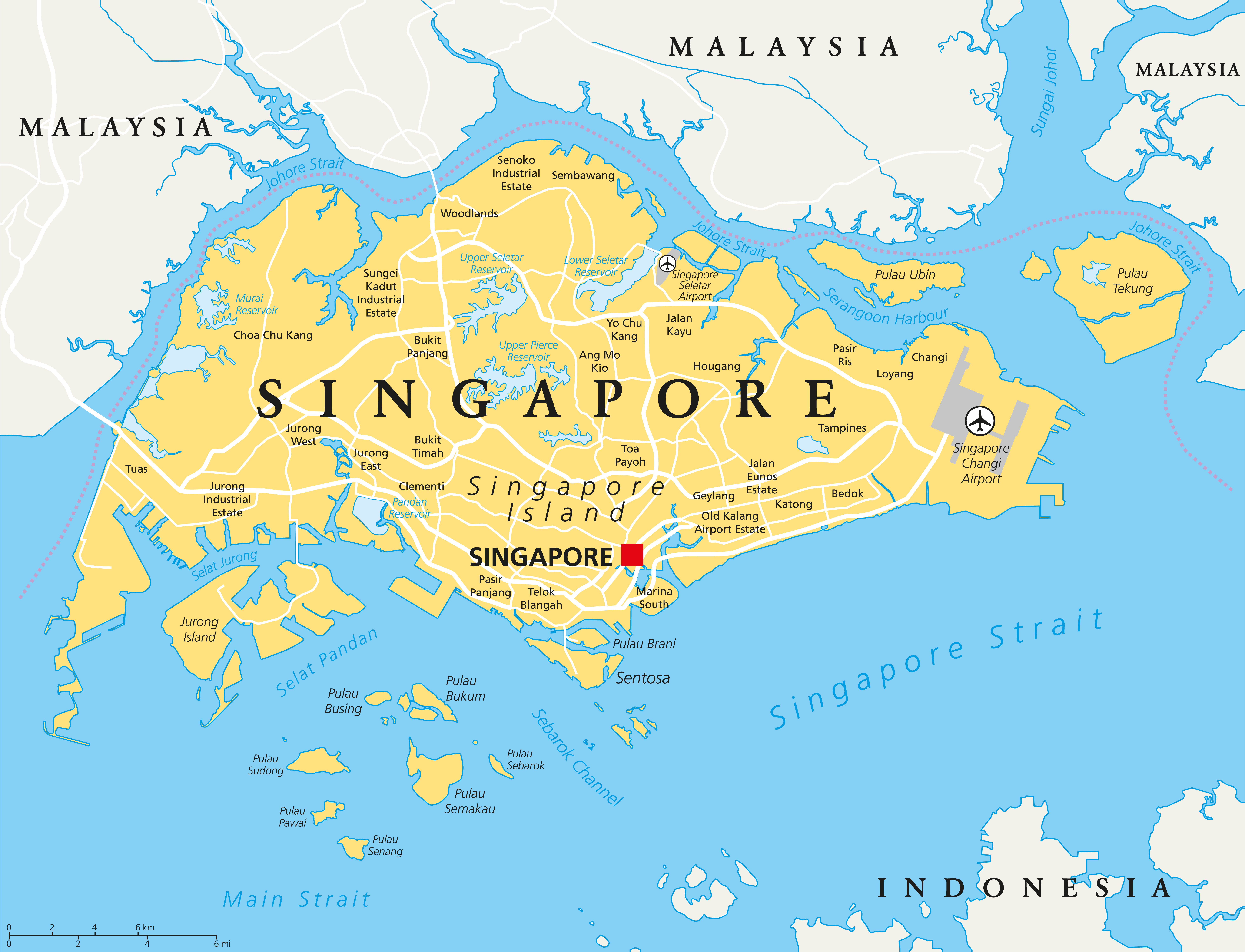 More than 5 million people live there and the capital is called Singapore!

There are four official languages in the country: Malay (the national language), English, Mandarin and Tamil. English is the first language taught in schools.

Singapore doesn’t have much rainforest left, but it does have over 300 parks and 4 nature reserves. On the island of Pulau Ubin, you can find the largest bats in the world, Singapore’s flying foxes. They have a wingspan of up to 49ft (1.5m). 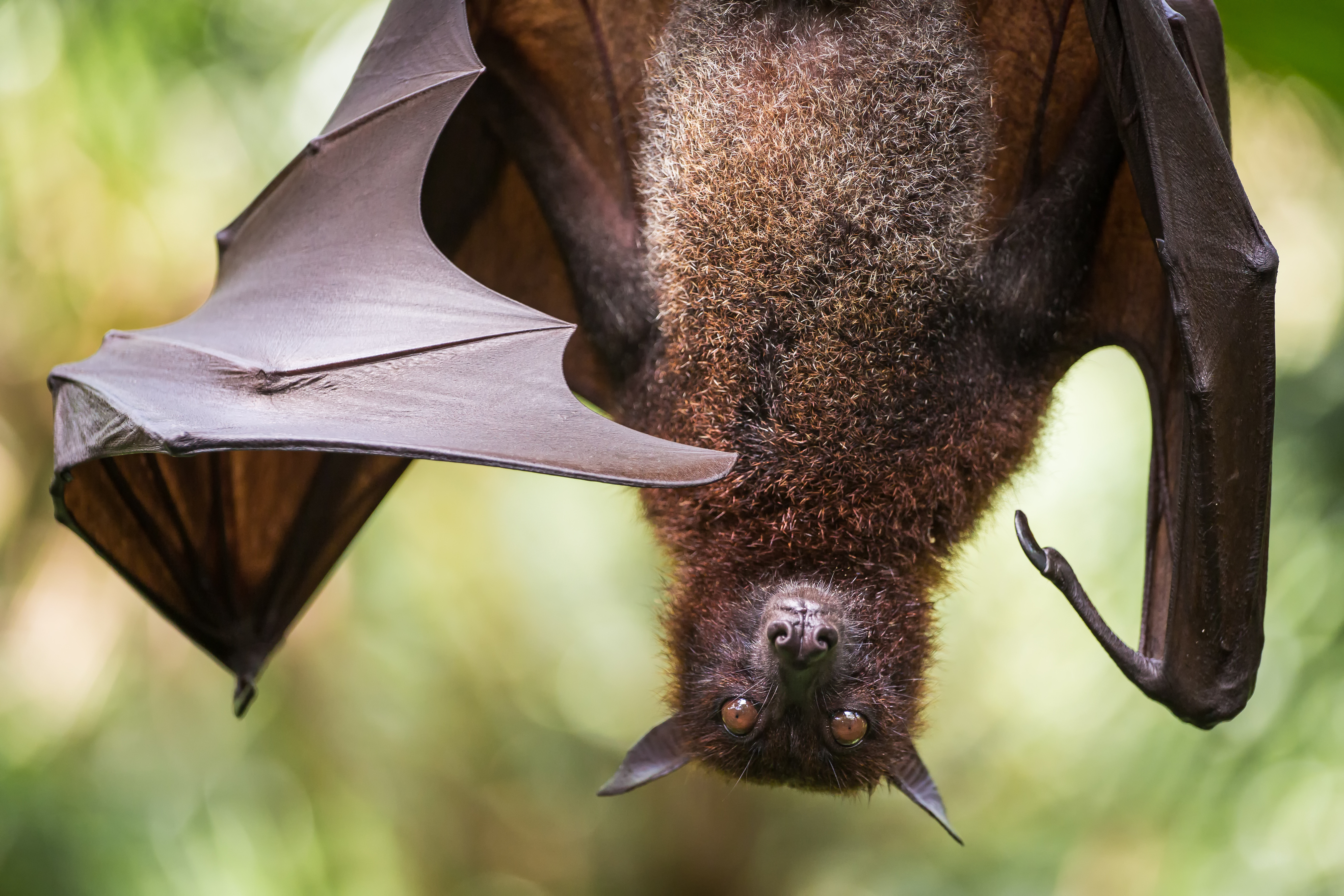 Bukit Timah Hill is Singapore’s highest mountain, standing at 538ft (164m). The Kallang River is the longest river of the country, flowing for 10km.

Singapore has a tropical rainforest climate. It is hot and humid all year round. The end of the year is the coldest time and gets the most rainfall.

The country is very clean and you won’t find any chewing gum stuck to the streets because chewing gum is banned!

The colours of the flag are red and white.

Singapore city: the capital city is home to “Gardens by the Bay”, a futuristic park with the famous supertree structures and greenhouses shaped like seashells! 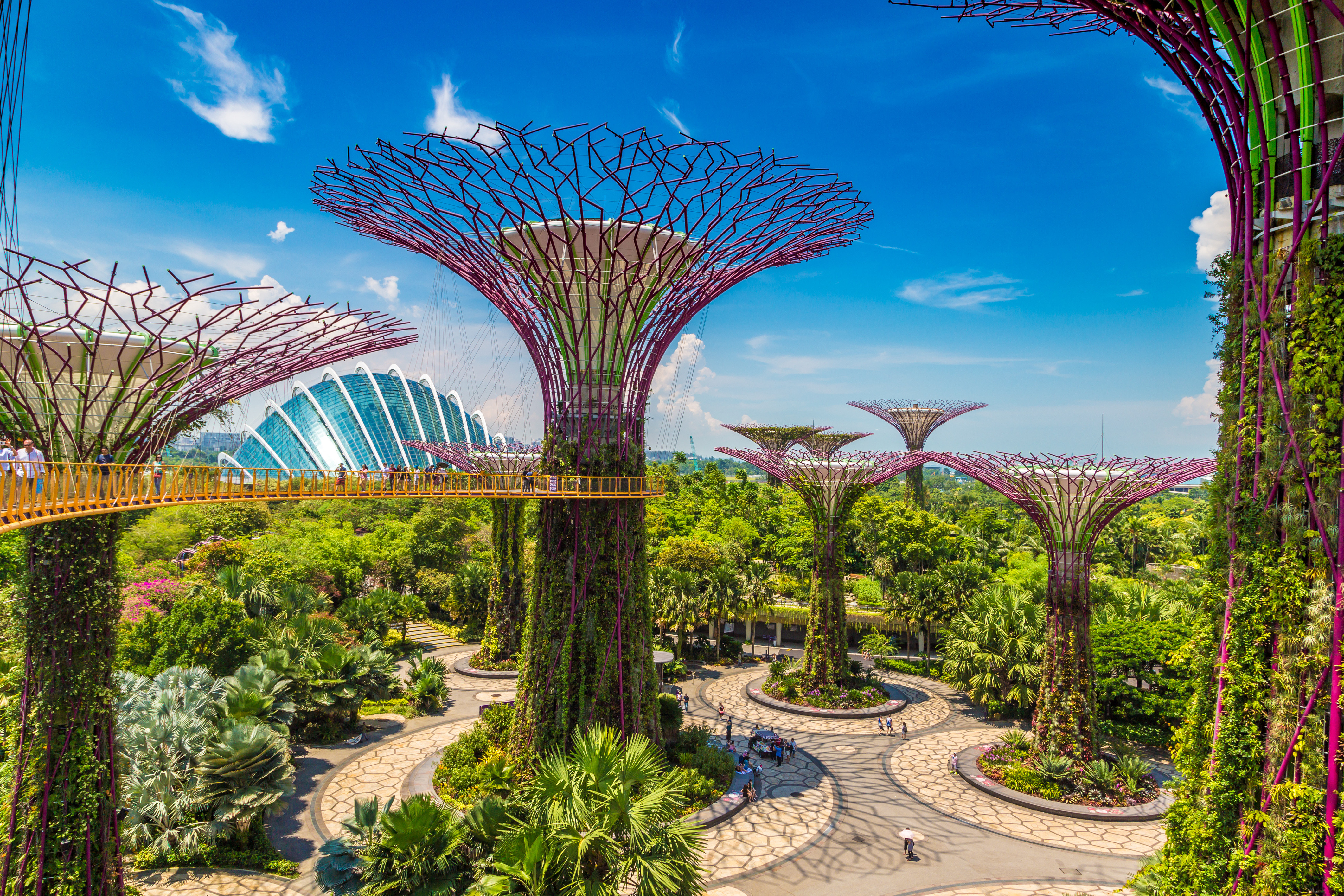 What is Singapore famous for?

Singapore is known for its cleanliness and for being one of the most expensive countries in the world. It’s nicknamed “The Garden City”.