Let’s find out some interesting facts about Stegosaurus!

Stegosaurus was a plant-eating dinosaur that lived during the Jurassic period, 155-145 million years ago.

It is one of the most well-known dinosaurs. See if you can recognise it. 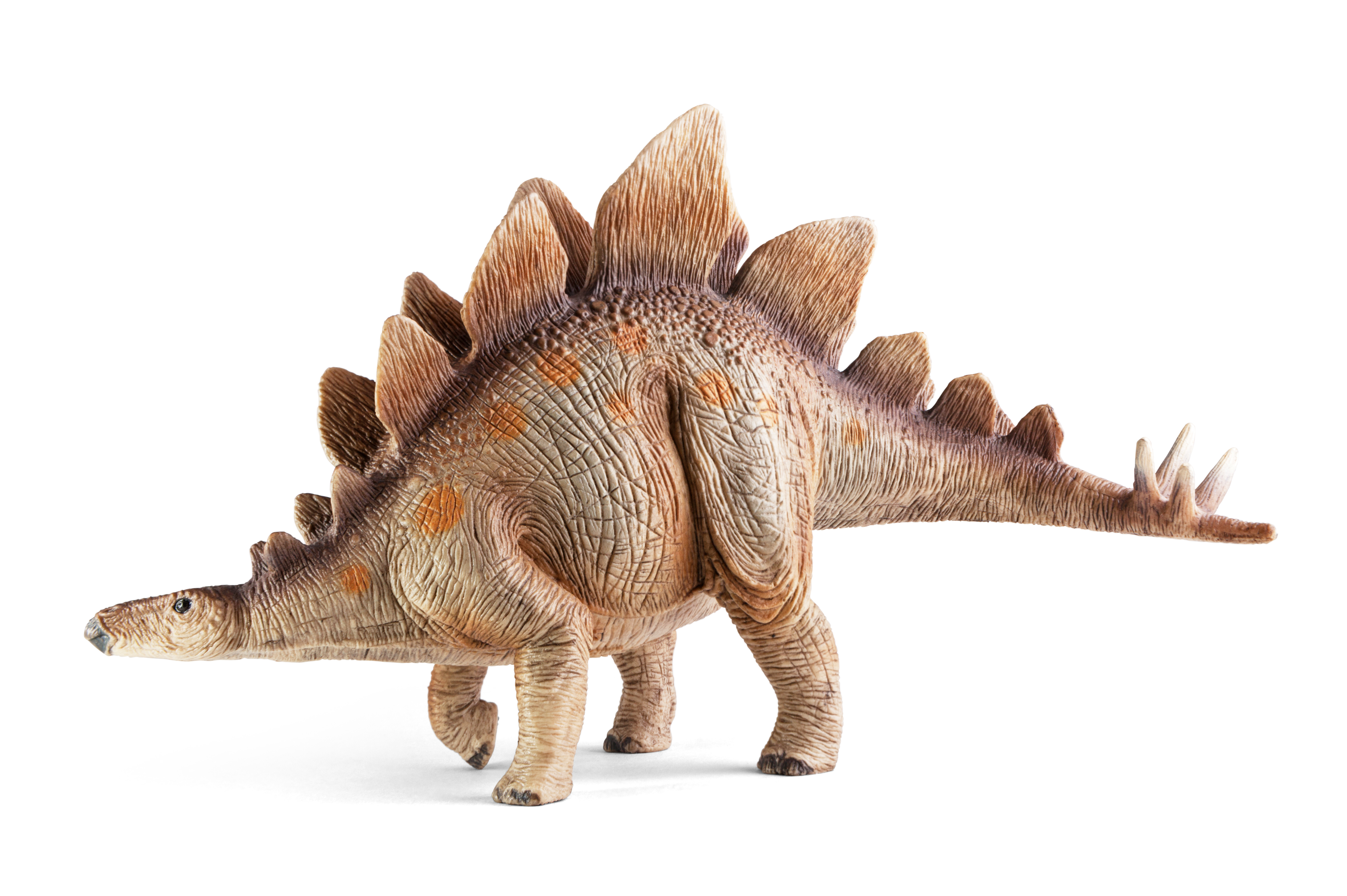 It is most famous for the two rows of bony plates on its back called scutes. The scutes could grow 2 ft tall, but scientists aren't sure why they were there. What do you think Stegosaurus would have needed these bony plates for?

Some scientists thought they used them to defend themselves but the plates were too thin for that. Other scientists believe its plates could flap and were used to attract mates (similar to peacocks). The interesting thing is that the bony plates weren’t attached to its skeleton, but to its skin! They were also filled with blood vessels. Because of this, it is believed Stegosaurus used its scutes to control its body temperature.

Another thing Stegosaurus is famous for is its long tail ending in 4 lethal spikes called a thagomizer. To defend itself, Stegosaurus probably swung its tail at its predators. 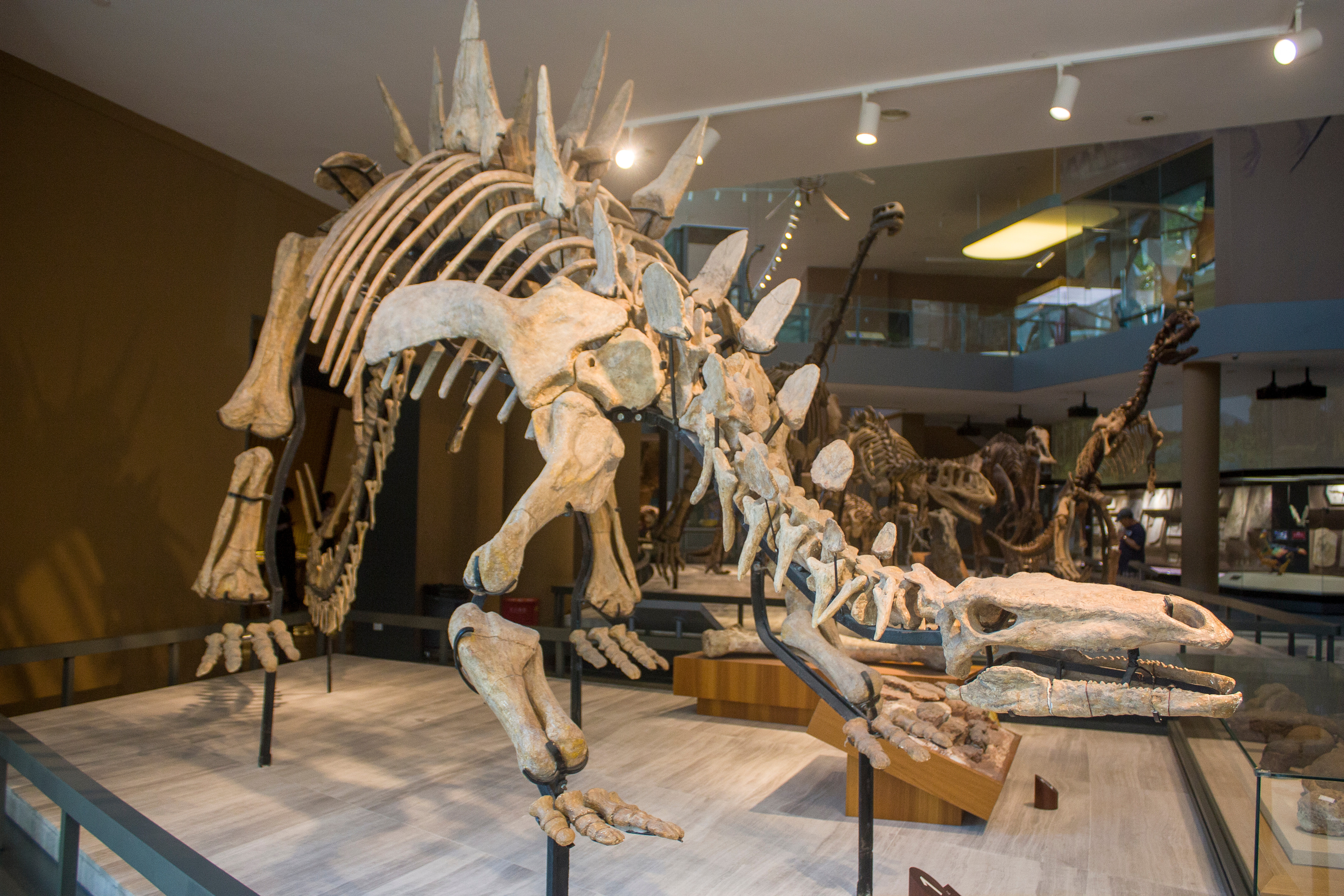 It had 3 toes on its back legs and 5 on its front legs and walked on four legs, travelling in herds.

Its back legs were longer than its front legs, which make scientists think that it may have been able to run. Because of its shorter front legs, its head was close to the ground, perfect for eating low growing plants.

Stegosaurus had a short neck with a small flat head and turtle-like beak. It had no front teeth and its chewing teeth were small and triangular, not very good for grinding. It was likely to have stored food in its cheeks, giving it plenty of time to chew before swallowing.

Stegosaurus might have been a big dinosaur but its brain definitely wasn’t! It was only around the size of a dog’s. It is thought to be one of the least intelligent dinosaurs of all.