Come and explore Stonehenge, a giant stone monument that continues to baffle scientists today. How was it built? Who built it? And what for? Come and read all about it.

Stonehenge is a giant circle of standing stones built around 5000 years ago. It took over 1000 years to build!

The circle of stones are located in England, in Salisbury Plain, Wiltshire. Nobody really knows who built it or what it was used for. 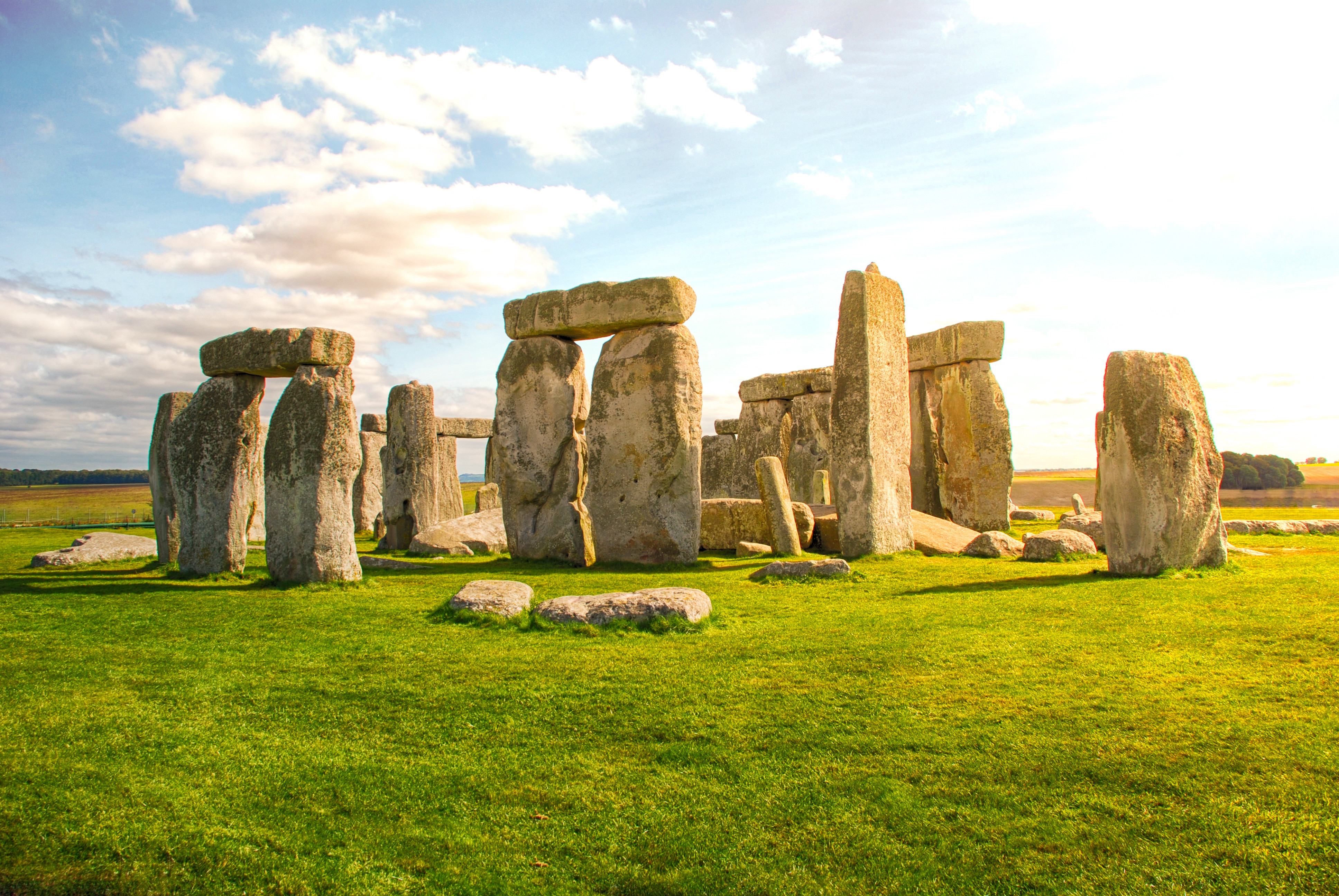 Some scientists think Stonehenge was used as a calendar because the stones line up perfectly with the movements of the sun. Others think it was used as a place for healing or for religious ceremonies.

One thing they do know for sure is that it has been used as a cemetery. Many people have been buried around the monument.

Some of the stones at Stonehenge are thought to be missing and some have fallen down. The entire circle is surrounded by a circular ditch. 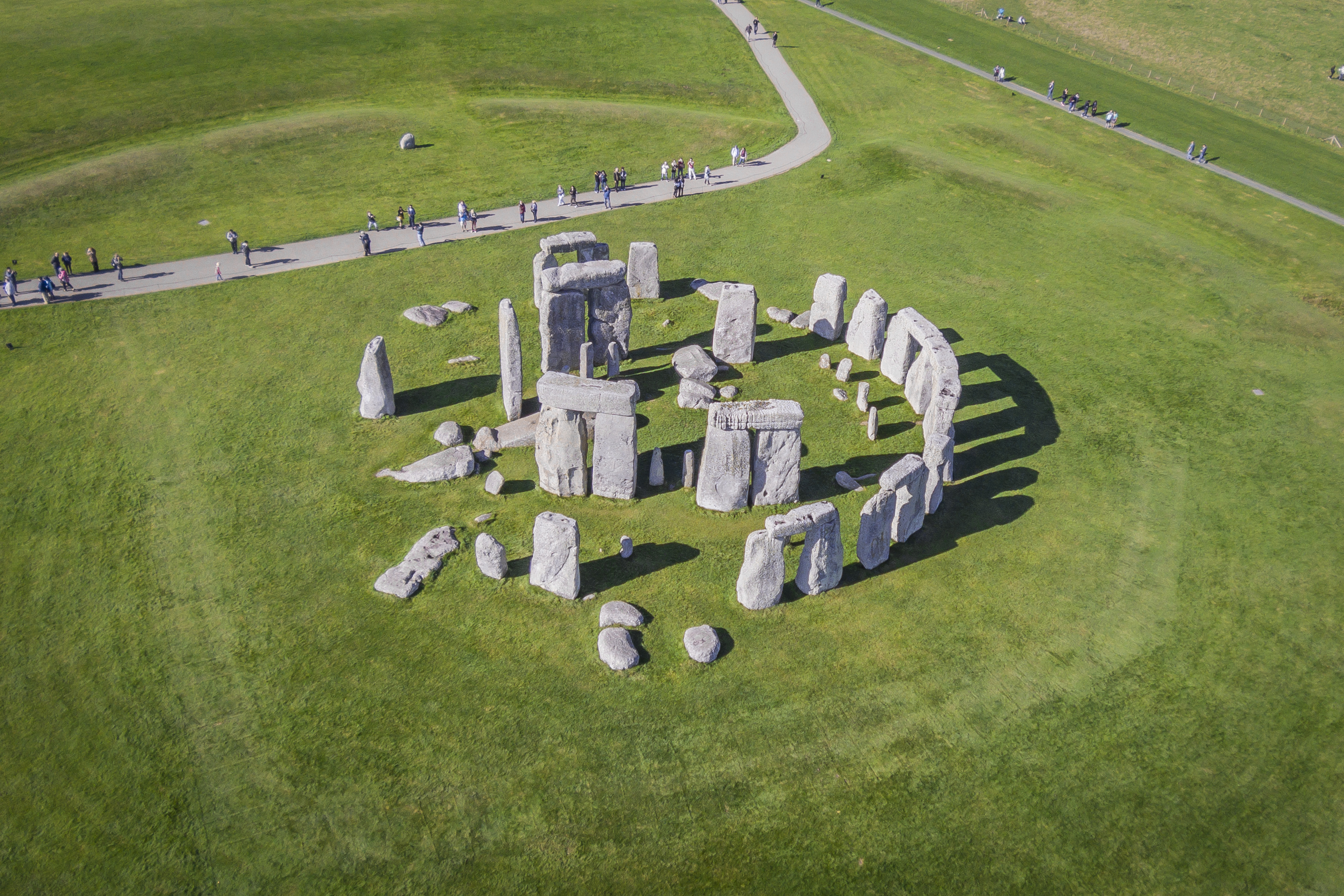 Sarsen stones were very big and heavy. These were mainly used for the outer circle.

Blue stones which were very unique and used for the inner circles. The closest place to Stonehenge to find blue stones was about 240 miles away, meaning they were carried from very, very far away.

How was Stonehenge built?

Stonehenge was built and rebuilt over many generations. Archaeologists say the final changes were made around 1,500 years ago in the Bronze Age.

Some of the stones are as heavy as 2 cars and some as heavy as 4 African elephants! How did ancient people transport such heavy stones without modern machinery?

They may have transported the heavy stones by river or dragged them on big wooden sledges. To cut the stones they might have used stone hammers and chisels.

How do you think they did it?

A very old legend says that giants placed the monument on a mountain in Ireland and Merlin the Wizard magically moved them to England, but who knows? 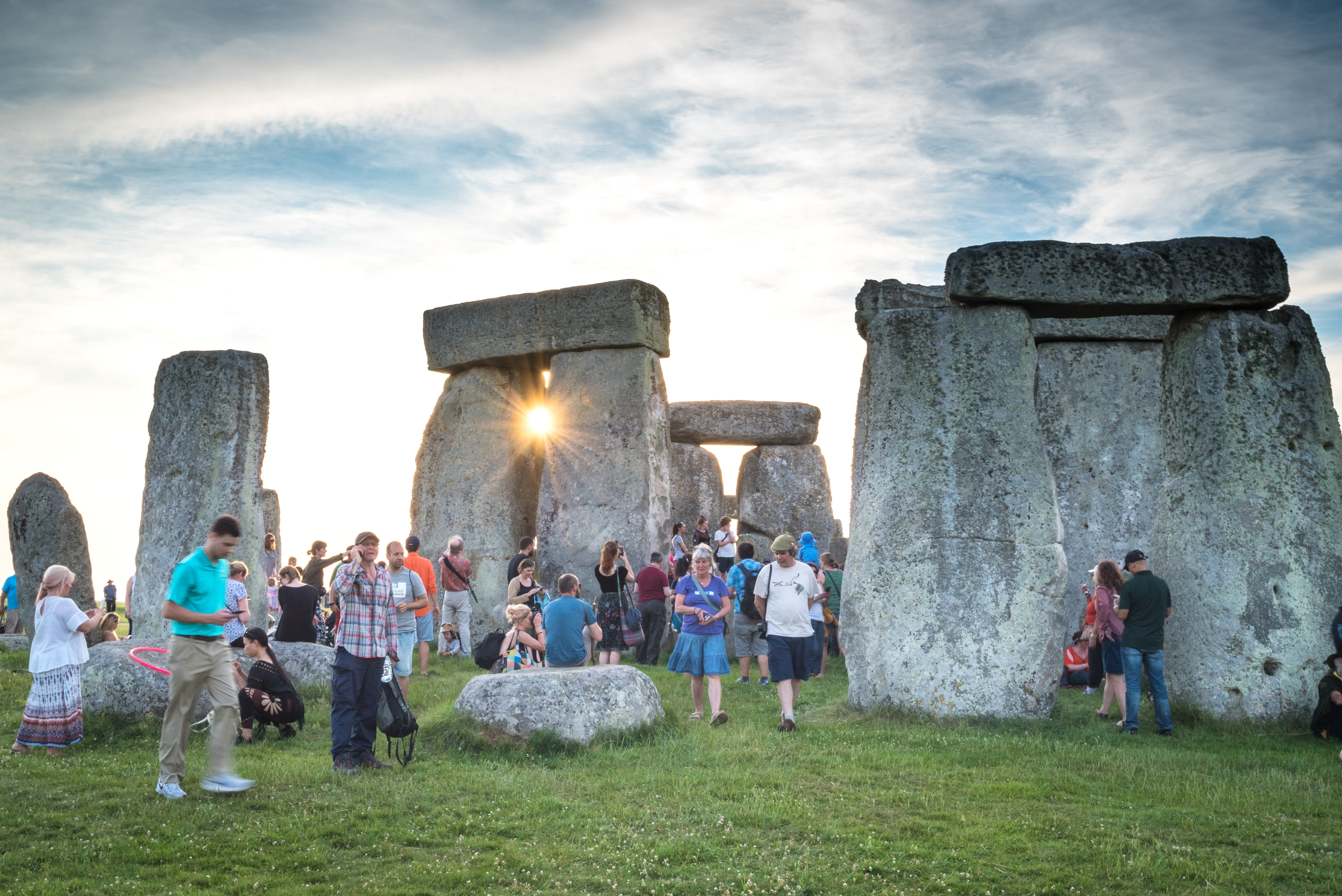 Today nearly 1 million people visit Stonehenge every year. If you ever visit it, see if you can find any clues to help solve the mystery!