Kids learn where the Arctic is and what animals live there.

Learn more interesting facts about the Arctic, what people live there and the names of the two North Poles.

The Arctic is the region located around the North Pole. It is the area above the Arctic Circle (an imaginary line that goes around the top of the globe). 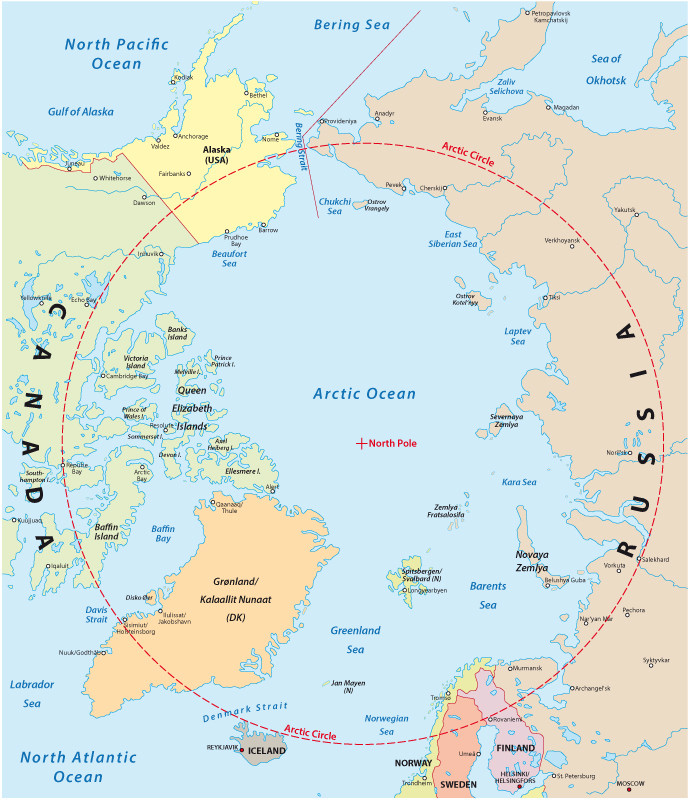 The Arctic is made up of the Arctic Ocean as well as parts of Alaska, Canada, Russia, Greenland, Iceland, Norway, Finland and Sweden.

The word Arctic comes from the Greek word "arktos" meaning bear. It’s named after two constellations that can be seen in the northern sky: the Great Bear and the Little Bear.

Most of the water in the Arctic is frozen in glaciers and icebergs. 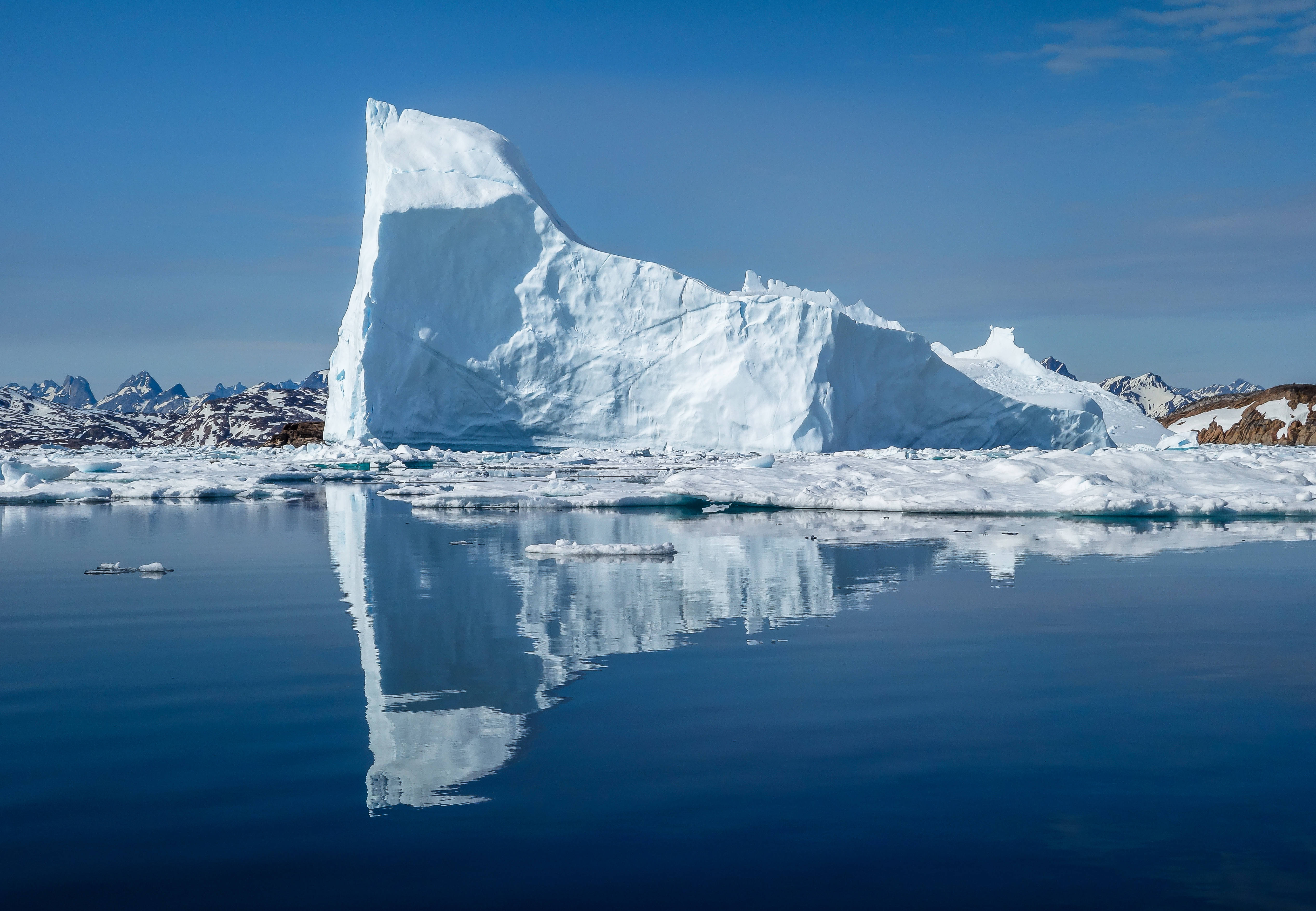 Who lives in the Arctic?

The Arctic is a very cold place, especially in winter. Temperatures can be as low as -40ºC. The ground is frozen most of the year making it very difficult for trees to grow. Flowering plants and shrubs with short roots can grow in the warmer months.

Many animals have adapted to the cold weather of the Arctic. Reindeer, moose, polar bears, lemmings, the Arctic fox, wolves and snowy owls all roam the Arctic lands. 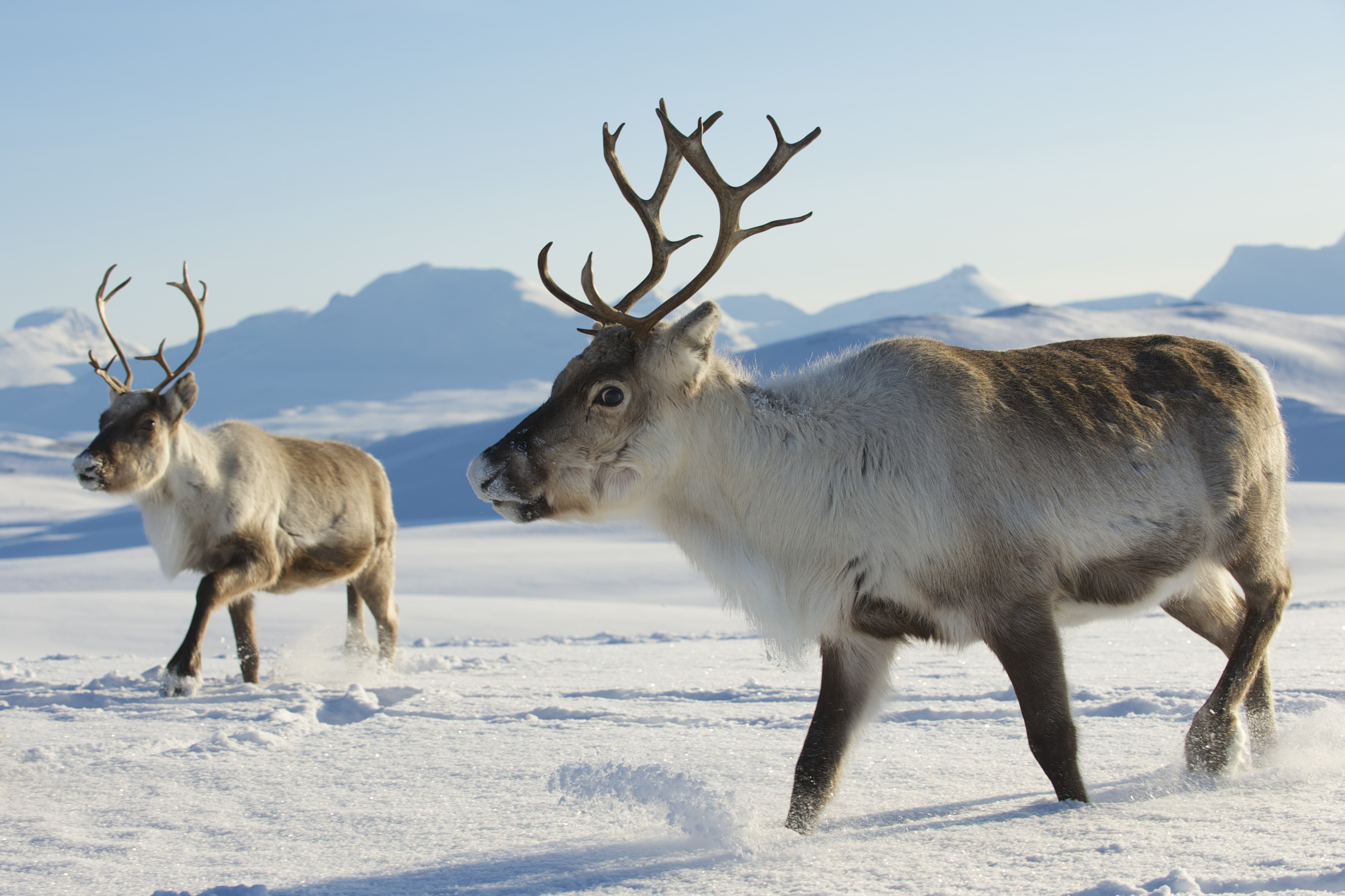 Seals, walruses, killer whales and belugas roam the Arctic ocean. The narwhal, also known as the "unicorn of the sea", is only found in the Arctic.

During spring and summer, when the ice melts, the Arctic fills with mosquitoes and insects which Arctic birds like wrens and sandpipers love to eat.