Learn all about the Colosseum with these interesting facts!

The Colosseum was built in Ancient Rome between 72 AD and 80 AD by Emperor Vespasian.

Tens of thousands of slaves built the Colosseum using stone and concrete. It had four main floors and could seat 50,000 people. It is the largest amphitheatre (meaning ‘theatre in the round’) in the world.

There were 80 entrances and exits in the Colosseum. People would come to watch gladiators fight, wild animal hunts and ship naval battles. 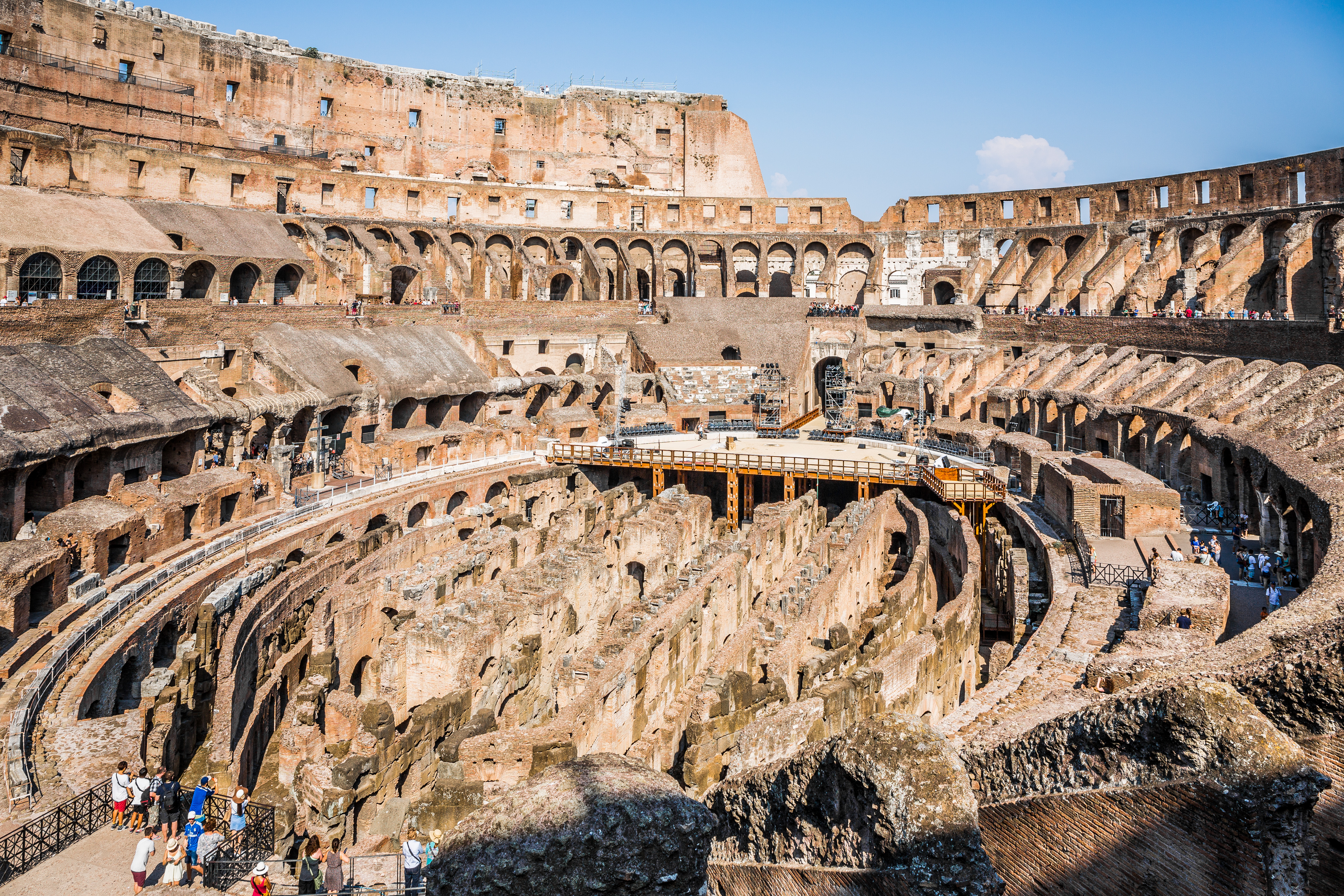 There were passages under the Colosseum called the hypogeum. Gladiators, animals, and actors used these passages to suddenly appear in the middle of the arena.

The velarium was an awning which could be pulled over the top of the seating area to protect the spectators from the hot sun.

The first games to be held at the Colosseum were in 80 AD.