Learn where to find the equator and how it is used to divide the Earth into halves.

Did you know it would take you longer to sail around the Earth from the equator than any other part of the world? Come and find out some more interesting facts about this imaginary line that circles the Earth.

What is the equator?

The equator isn’t the only line that divides the Earth. Have a look at the globe, there are lots of lines that run from east to west. These lines are called 'latitudes'. 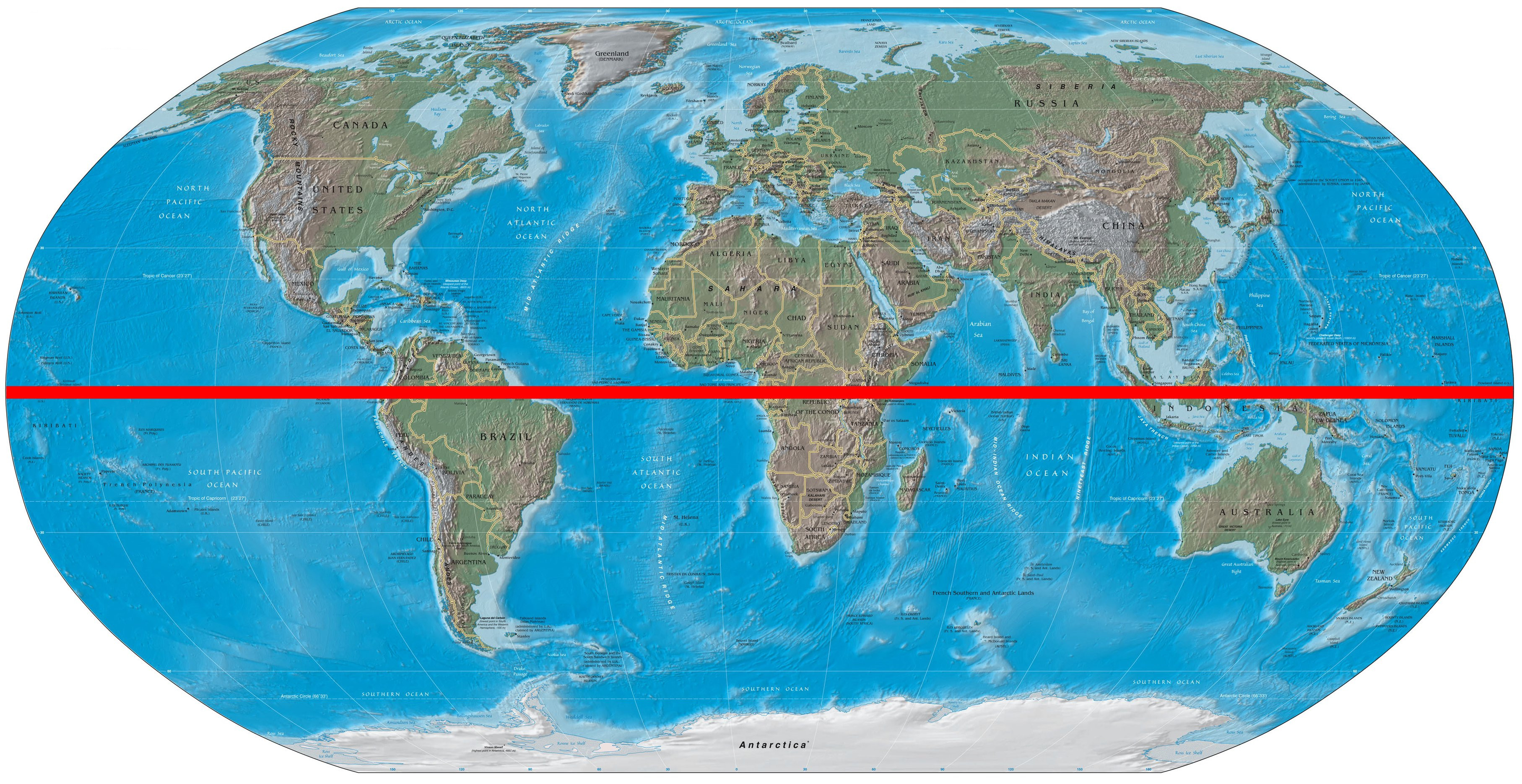 The latitude line that crosses through the middle of the Earth, halfway between the North Pole and the South Pole, is the only one that is called the equator.

Earth is divided into these imaginary lines because it makes it easier to measure distances from one place to another. The distance is measured in degrees.

The equator is the starting point. It measures 0 degrees.