The air that passes through the nostrils travels to a space at the back of the nose called the nasal cavity. The nasal cavity has a special skin covering it called the olfactory epithelium. 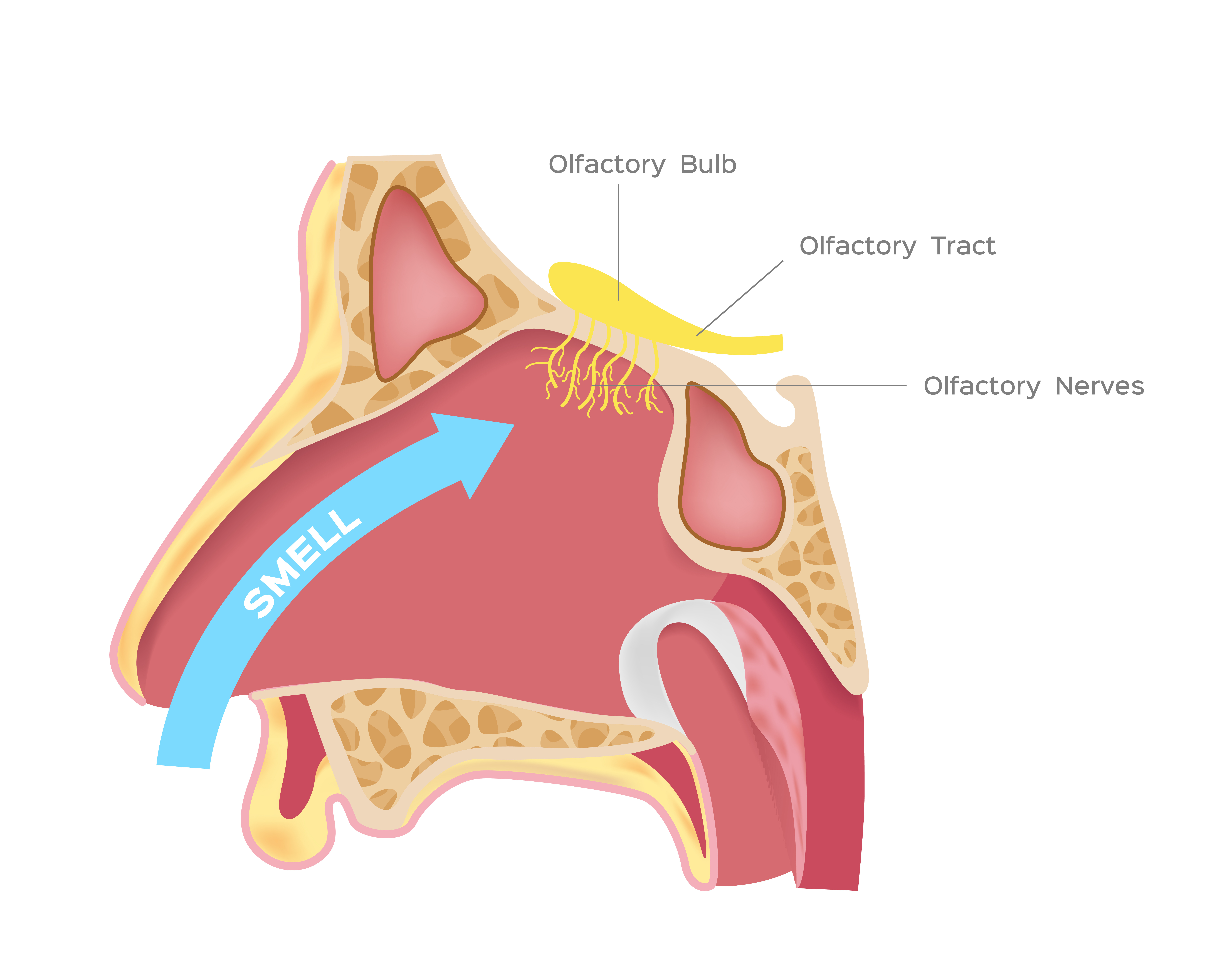 After air goes to the nasal cavity it makes its way to the windpipe or trachea. The trachea branches off into each lung sharing the air evenly between them. When all the oxygen is used up, the lungs push the old air back up the trachea and out through the nose.

Up to the brain

Let’s take a look at how smells travel from the nose to the brain. Remember we mentioned the olfactory epithelium in the nasal cavity? Well, it’s covered with hundreds of receptors. Different smells stimulate different receptors. When these smell receptors are stimulated they send signals along olfactory nerves to a space just above the nasal cavity called the olfactory bulb. More signals are then sent from there to the brain. The brain can identify what it’s smelling by interpreting the combination of receptors that have been stimulated. The nose has more than 400 receptors, that’s a lot of smells to identify! 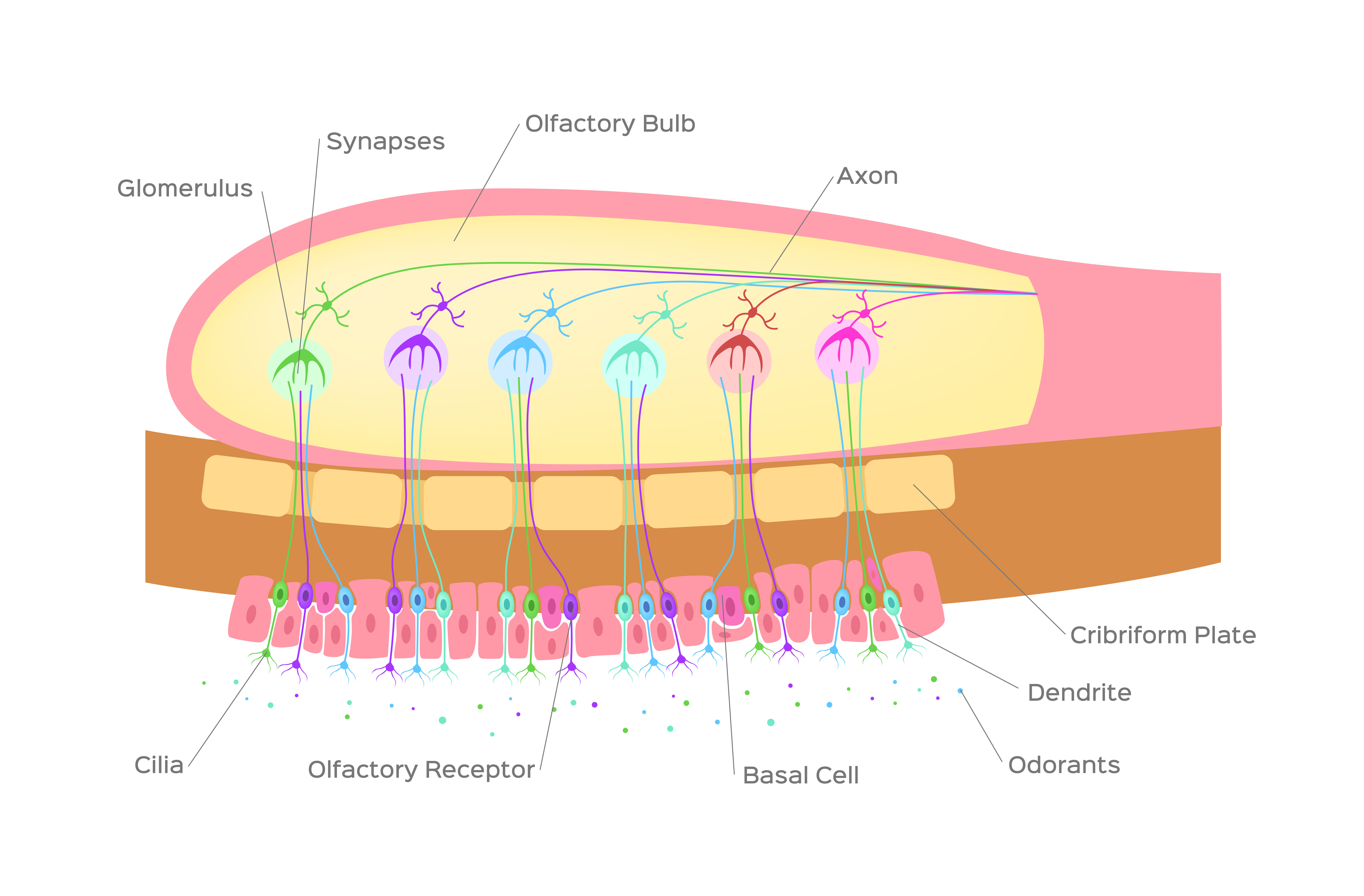 The brain can learn a lot from its environment through smells. It can know when something is burning, when there is a toxic chemical in the air or if food is rotten.

If you look up your nose you will see it is lined with a reddish tissue. That’s the mucous membrane, it warms up the air for us before it goes down to our lungs and it makes mucus. Mucus or snot is a sticky fluid that traps dust and germs. Tiny hairs called cilia move back and forth to move mucus out from the back of the nose and lungs.

You probably know that if you hold your nose while eating something, it’s harder to taste it. Ever wondered why that is? It’s because taste and smell are connected. Smells allow us to taste fully. In fact, 80% of what we taste is determined by what we are smelling! 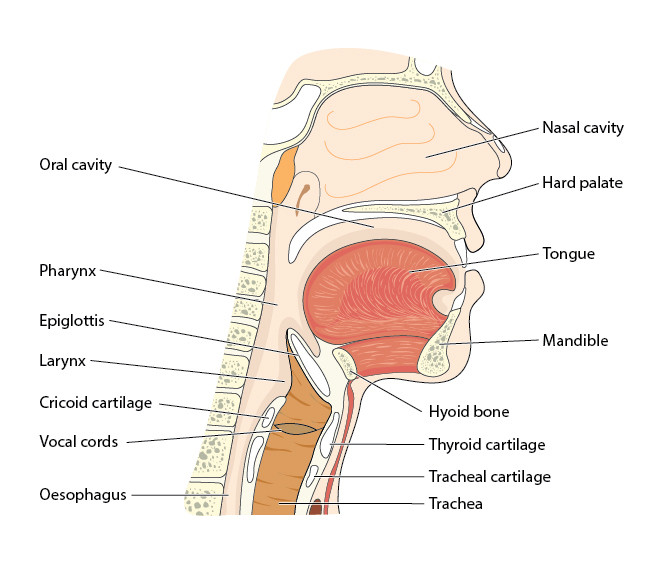