Learn all about Triceratops, where it lived, why it had a frill and which dinosaur loved to eat it for lunch!

Triceratops was a large dinosaur that lived during the Cretaceous period, around 68-65 million years ago. 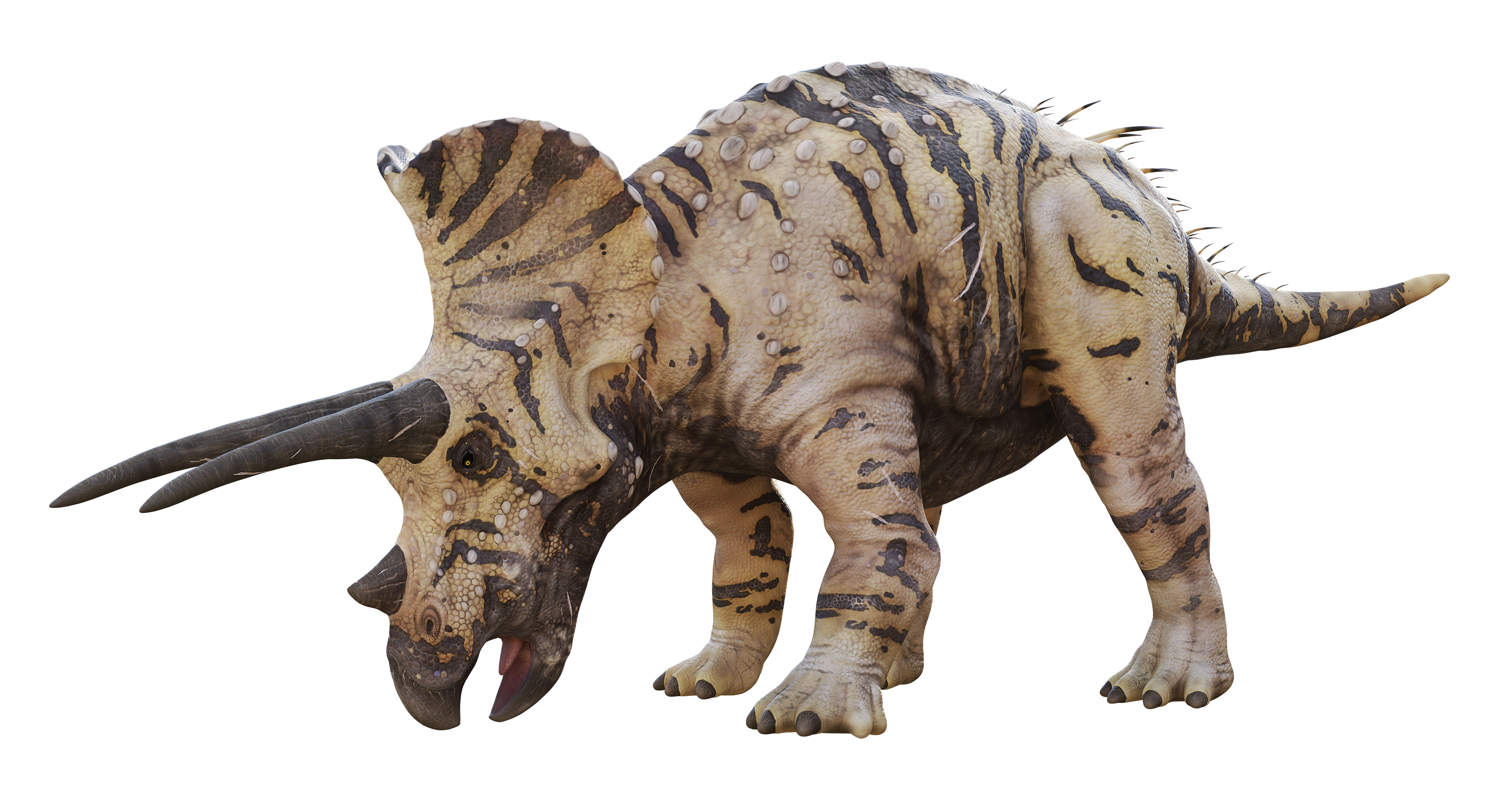 A young Triceratops had short, stubby horns on their foreheads and they pointed backwards! As they got older, the horns began to twist forward and straighten out.

Some scientists think its horns were used to defend itself from its biggest predator, the Tyrannosaurus rex. 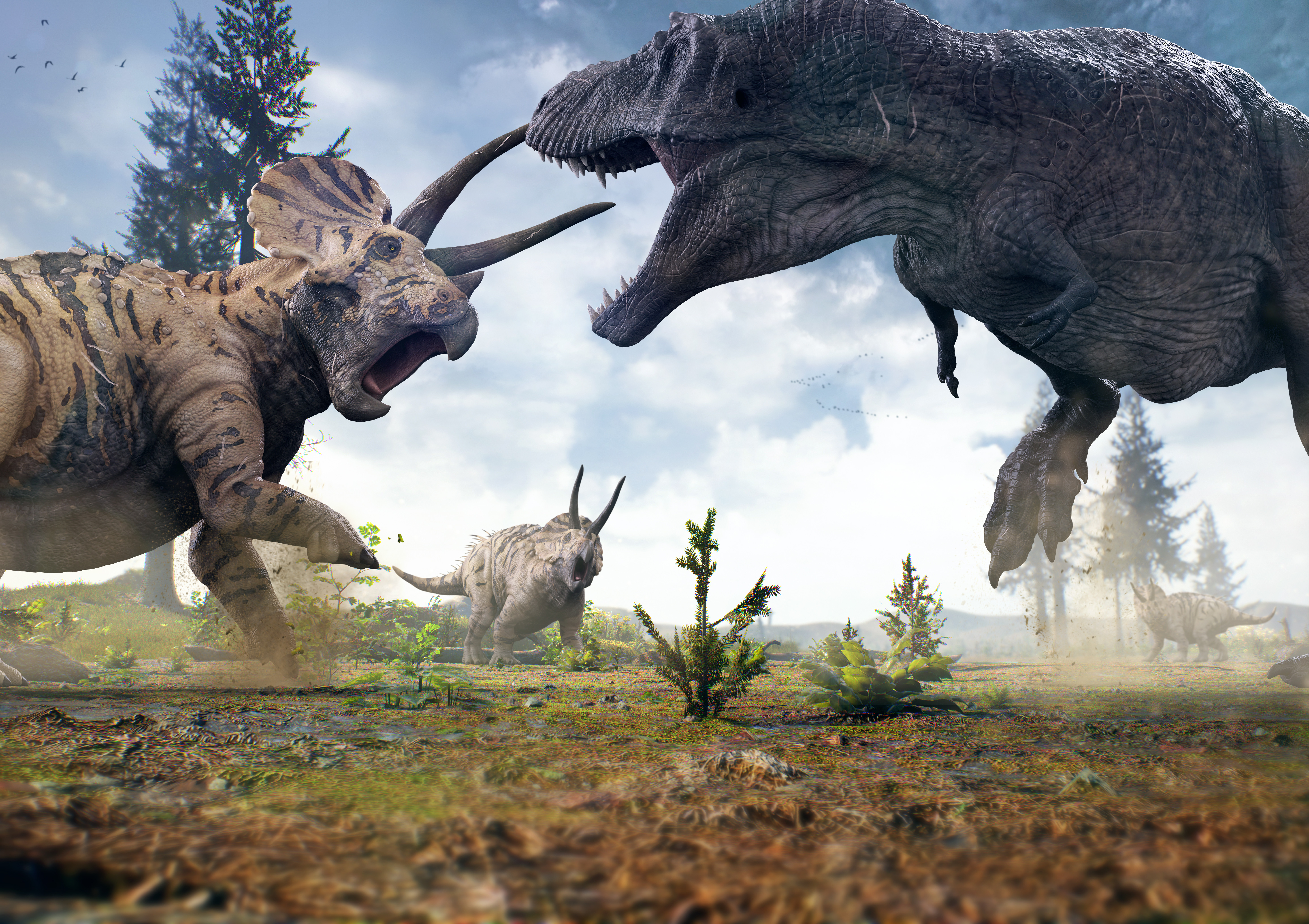 Other scientists believe its horns were used in battles with other Triceratops to try and prove who was the strongest.

Triceratops is most known for its huge frill around its neck and shoulders. Its frill had bony knobs and helped protect it, but scientists now think it had other functions too. The area beneath the frill had a lot of blood vessels, which means this dinosaur might have flushed its frill with blood, changing its colour!

It was a strong, sturdy animal, roughly the size of an elephant and it could grow to about 30ft (9m) long and 10ft (3m) high. Scientists don’t know for sure whether it lived in herds or not.

It had one of the largest skulls of all land animals, which measured a third of the length of its body. Imagine if your head was a third of the size of your body! 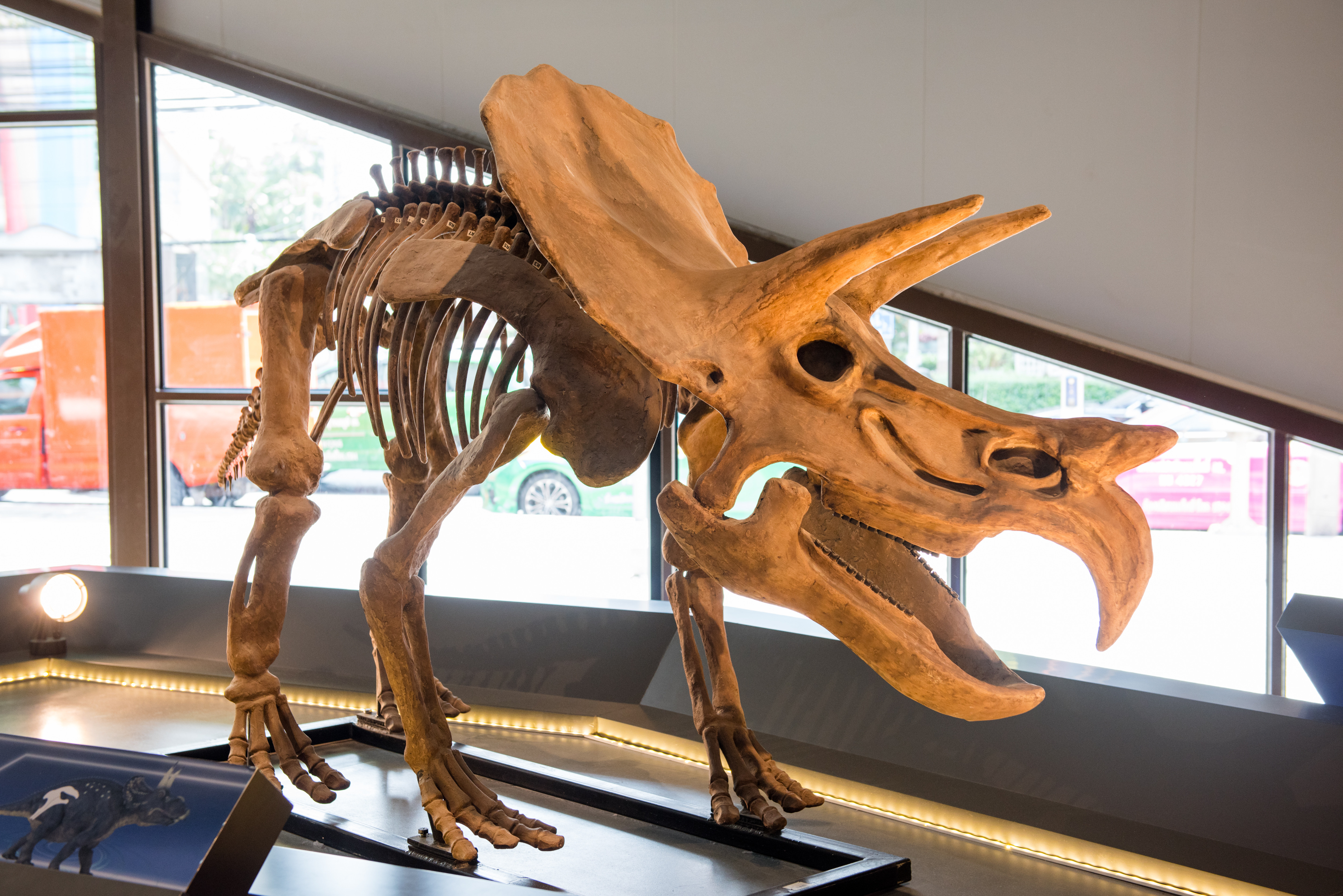 A head as big as that weighed a lot, so it held its head low to the ground, feeding on plants like ferns or cycads.

It didn’t eat meat because it was a herbivore. Its beak-shaped mouth was great for plucking at plants, not for biting, and its 400-800 teeth were perfect for chewing. Its teeth were stacked in columns and arranged in groups called batteries, they were constantly being replaced throughout its lifetime, so it never used all its teeth at the same time.