Find out all the fun and interesting things about when this dinosaur lived and how big it was.

Do you remember what period in history the T-rex lived in? It wasn’t the Jurassic period, the Jurassic Park films got it all wrong! The T-rex lived in the Cretaceous period, around 67-65 million years ago. It belonged to a group of carnivorous (meat-eating) dinosaurs called theropods.

With its sharp dagger teeth, huge jaw and strong legs, what’s not to love about the T-rex? If you ever lived all those millions of years ago, this mighty dinosaur would catch you and use you as a toothpick! 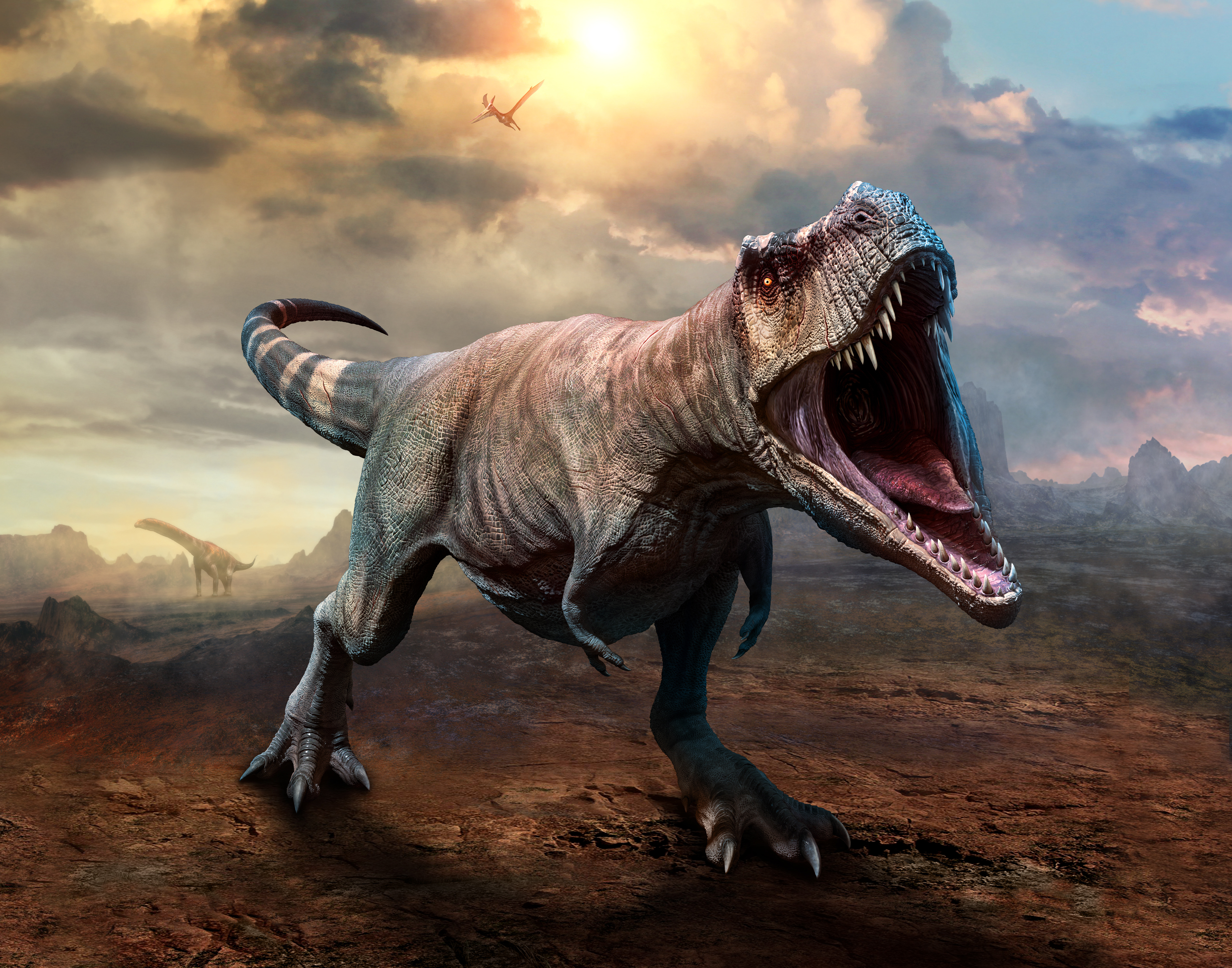 The Tyrannosaurus rex measured up to 40 feet (12.3m) long and up to 13ft (4m) tall at the hip. It was bipedal, meaning it walked on two legs. It had tiny arms like little chicken wings which looked quite funny but don’t laugh too hard, those little arms were super strong and they had two powerful claws.

The Tyrannosaurus rex had a big head and quite a big brain. Its strong jaw and sharp teeth could easily snap bones in two. Its huge head was balanced by a long, heavy tail.

Some scientists think the T-rex was a scavenger (meaning it ate leftover foods or stole food hunted by other animals). They think this because it had small arms which would have made it hard to grip prey. 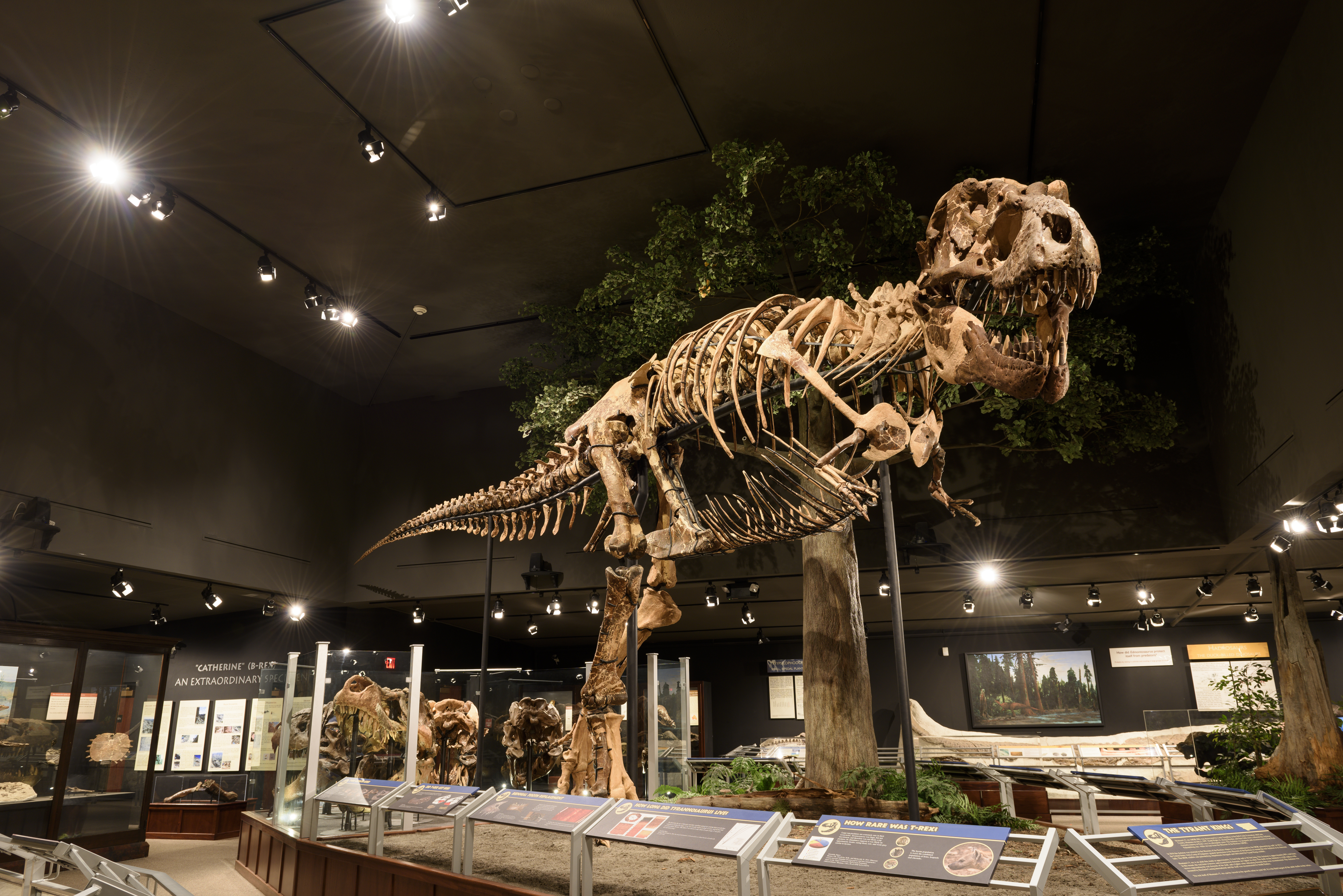 Other scientists believe it was a predator (meaning it hunted and killed its own food) because it had forward-pointing eyes which makes it easier to hunt. Maybe it was both!

Either way, some of its favourite meals were Triceratops and Edmontosaurus, two herbivores that lived at the same time as the T-rex.