Uranus is sometimes called an ice giant, like the planet Neptune. The temperature on Uranus is low because it is so far away from the Sun.

Uranus is very different from Earth. Uranus spins lying on its side, just like a barrel. The other planets in the Solar System spin like tops. 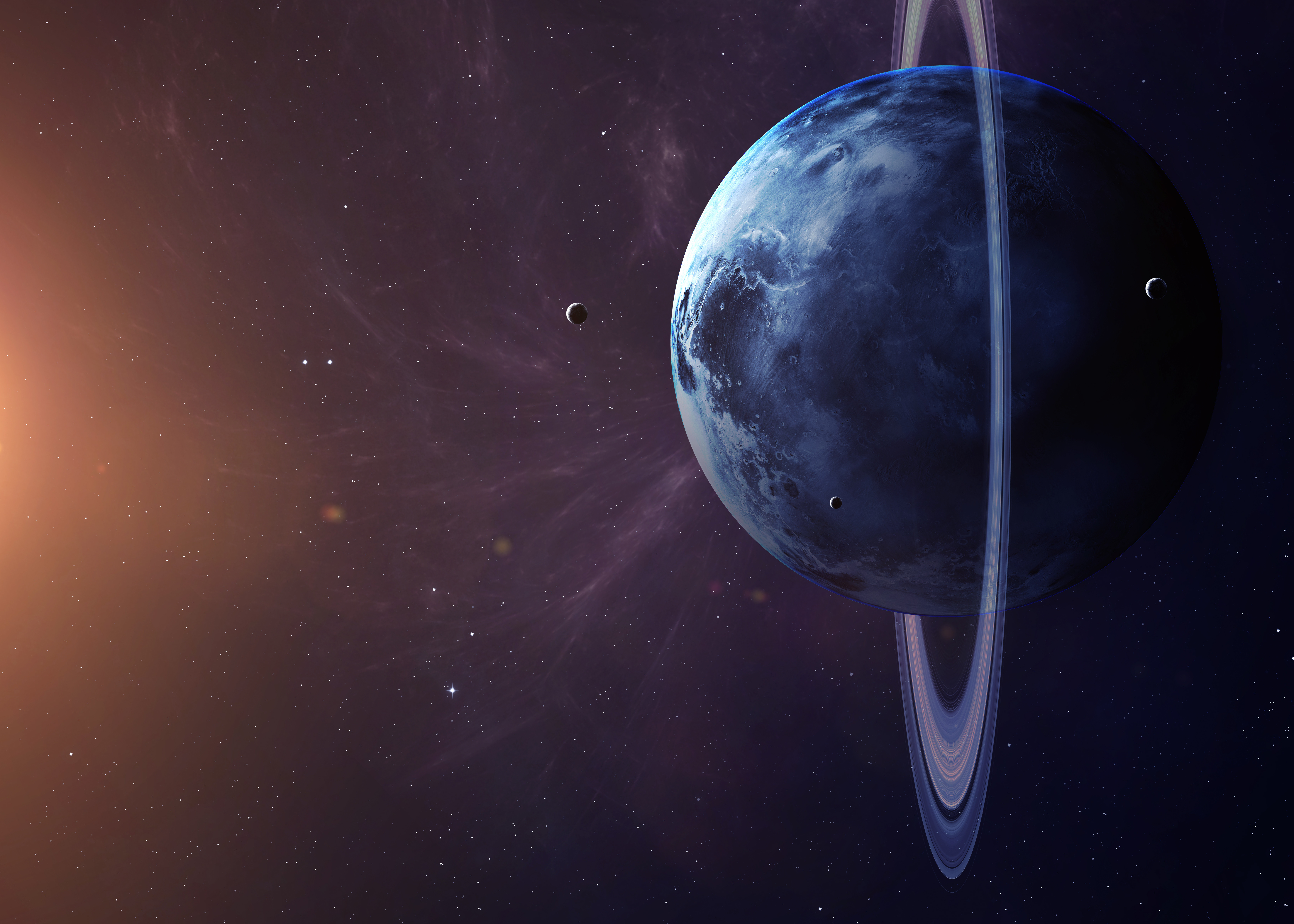 Uranus has 27 moons and 13 rings that surround the planet. The five major moons are called Titania, Oberon, Miranda, Ariel and Umbriel. Titania is Uranus' largest moon.

The Earth takes 1 year to make a complete orbit around the Sun. Uranus takes 84 years.