Learn how the Vikings travelled to other lands and what their ships were made of. Find out the names of some Viking ships too!

The Vikings were people mainly from Scandinavia (Denmark, Norway and Sweden) who travelled to other lands by boat. They were fearsome warriors and excellent shipbuilders.

They had many different types of boats but the longships were the Vikings’ largest and fastest ships. They measured 20-30 metres and could carry 60 men.

The Vikings used their longships to fight and for pirating. They would often stop off somewhere and steal from the villages before running back to their boats and escaping.

Their boats were decorated with fierce carvings to scare away their enemies and any sea monsters that might be lurking in the waters! The Vikings liked to give their ships names like Long Serpent or Snake of the Sea. 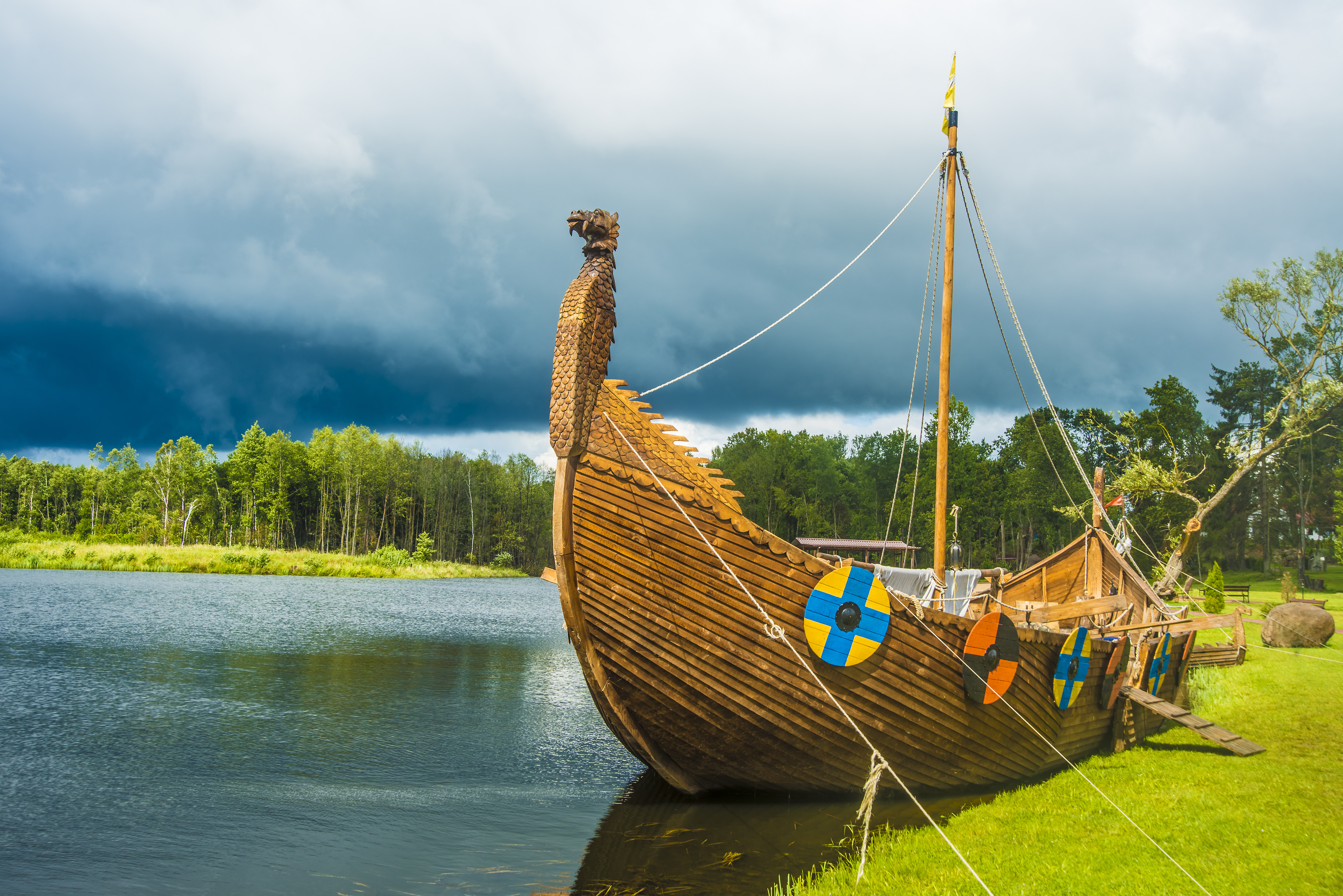 Viking longships were light and thin so that they could be used to sail through rivers as well as through seas. They were built of oak planks and gaps were filled with animal hair or wool mixed with tar to make the ships waterproof.

The sails of the ships were square and made with wool or linen. They often had a striped or diamond pattern on them and in bad weather they were lowered over the ship to act as a tent.

The crew slept on the boats in fur-lined sleeping bags and they kept their personal belongings in chests which they sat on while they rowed.

The crew was made up of a helmsman (to steer the boat) a lookout (to look out for any danger), a bailer (to remove water from the ship), and the sailing crew and oarsmen to row.