Learn some fun facts about the Triassic Period, when it started, how it ended and the giant creatures that lived during this time.

Learn more about the Triassic Period and the mysterious events that led to the extinction of 90% of life on Earth.

When was the Triassic Period?

The Triassic Period was a time in history that started around 250-201 million years ago. It was a time when Earth was going through many changes and strange and wonderful creatures were coming to life. It was the time of dinosaurs.

Just before the Triassic Period, something strange happened. Around 90% of life on land and in the sea, mysteriously died. Could it have been a large volcano? Or maybe huge glaciers? Scientists are still trying to figure it out today.

Whatever it was, planet Earth was never the same again. 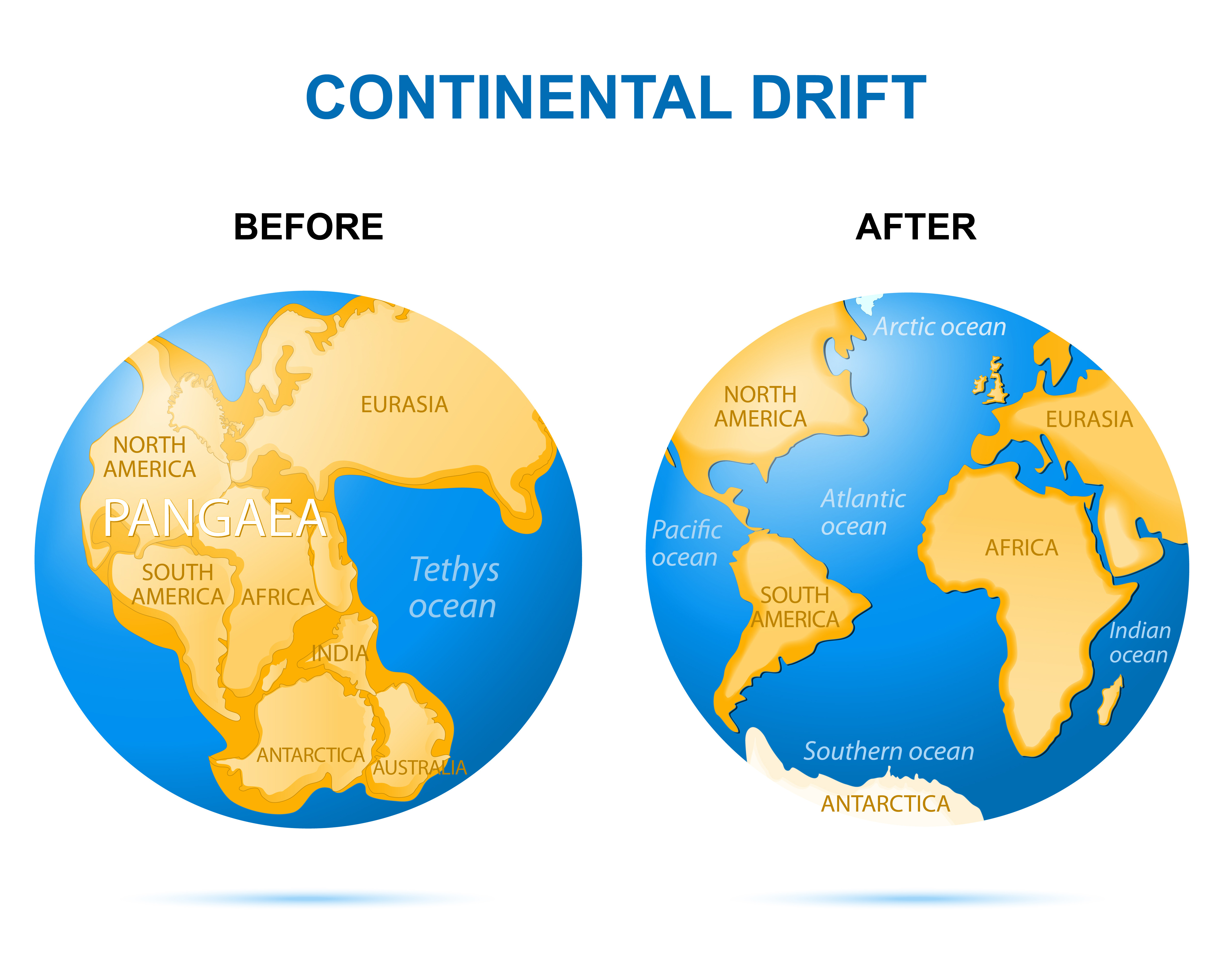 At the beginning of the Triassic Period, Earth didn’t have the 7 continents we have today. All the continents were stuck together stretching from pole to pole. This giant continent was called Pangaea and in the centre of Pangaea, there was a big desert.

There were lots of different types of dinosaurs during the Triassic Period. One of the first was the Coelophysis, a rather small, two-footed dinosaur with a mouth full of sharp teeth, perfect for eating meat. 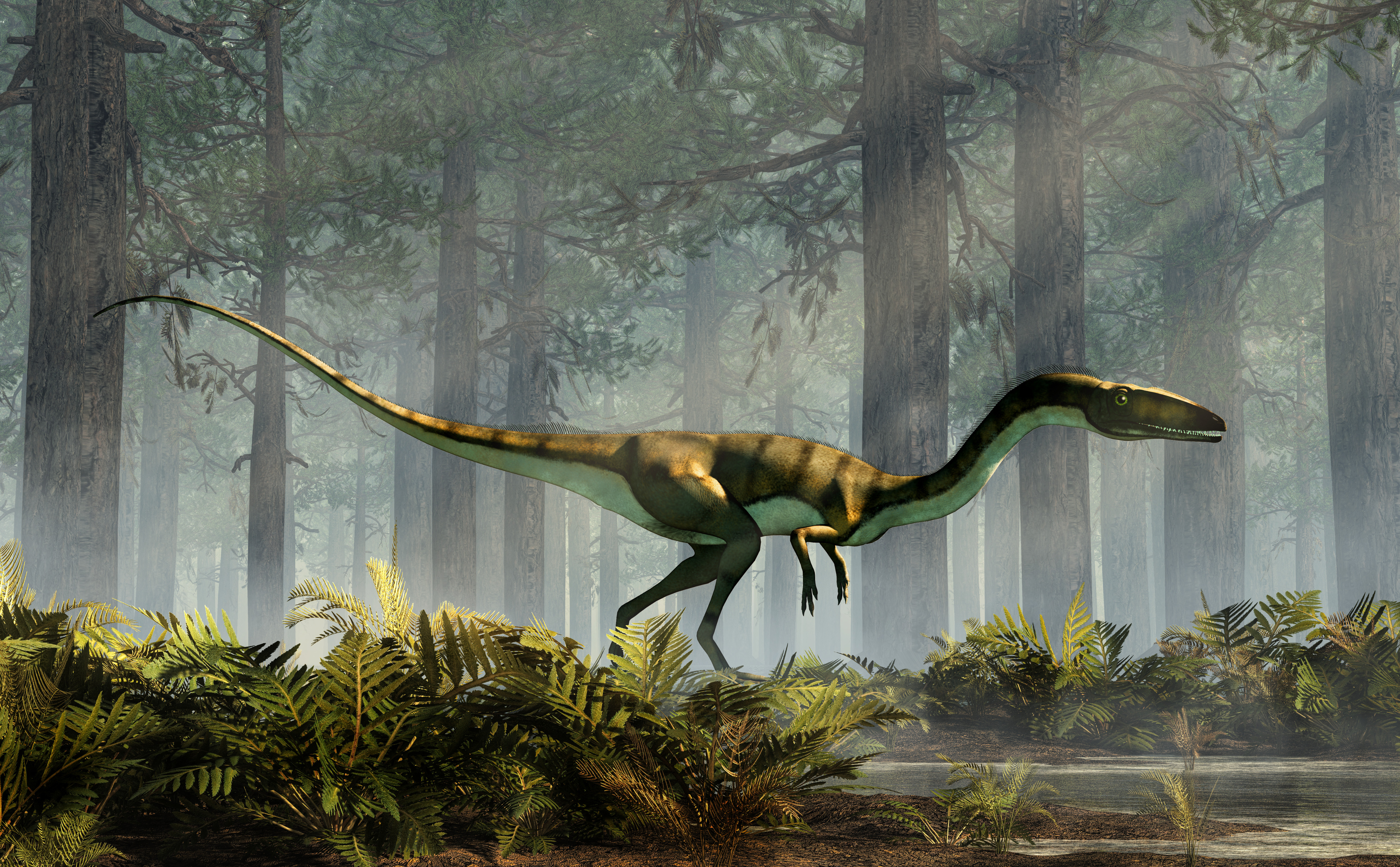 Another dinosaur that emerged was the Plateosaurus. It was a giant herbivore with a long, powerful tail and a curved claw on its thumb. Scientists don’t really know what it needed the claw for. Can you guess what it might have used it for? 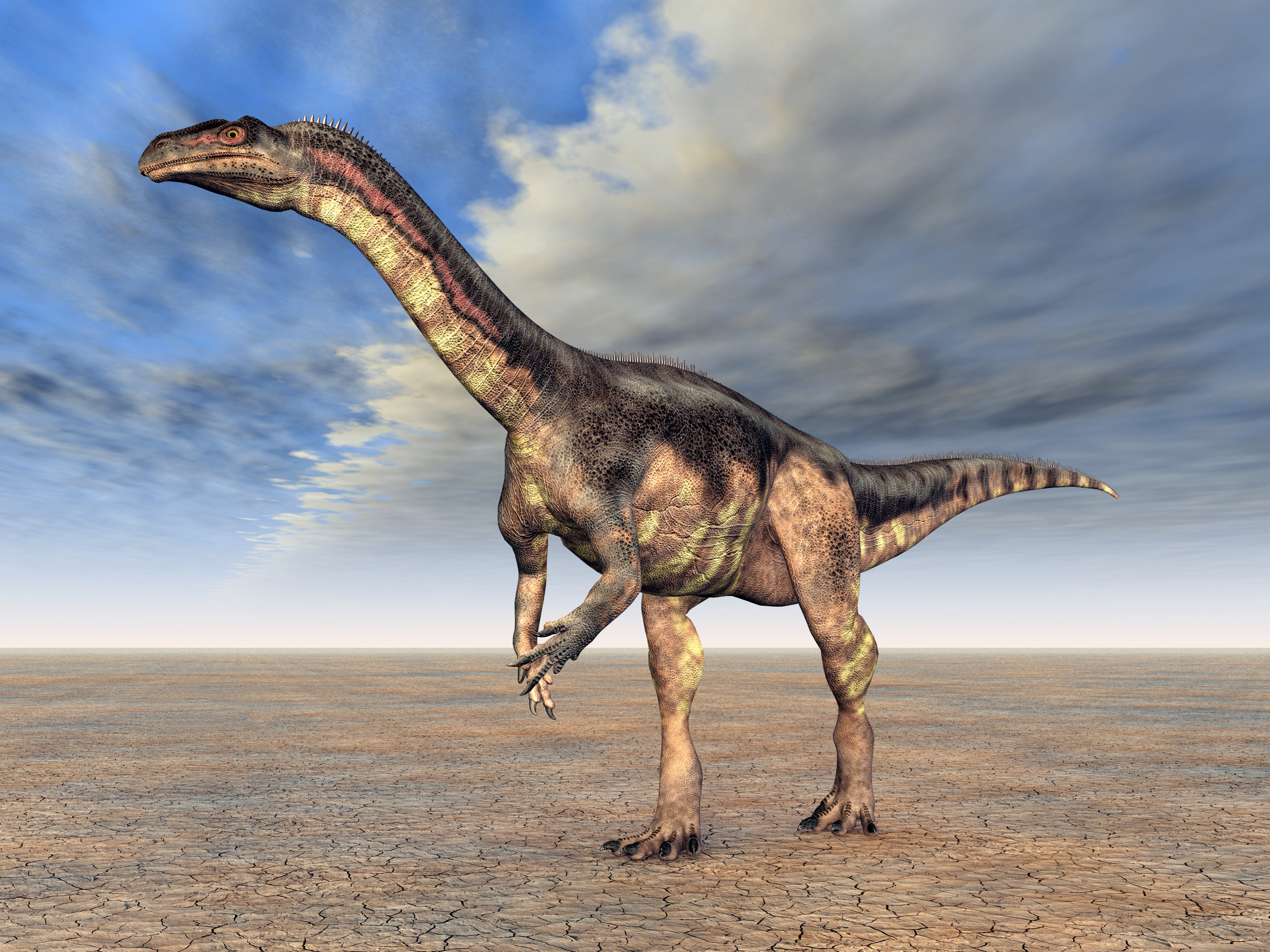 The Triassic Period didn’t last forever. Once again something mysterious happened and there was a huge extinction. Lots of animals and plants died but this didn’t bring an end to the dinosaurs! Dinosaurs survived and became the ruling animals on Earth. 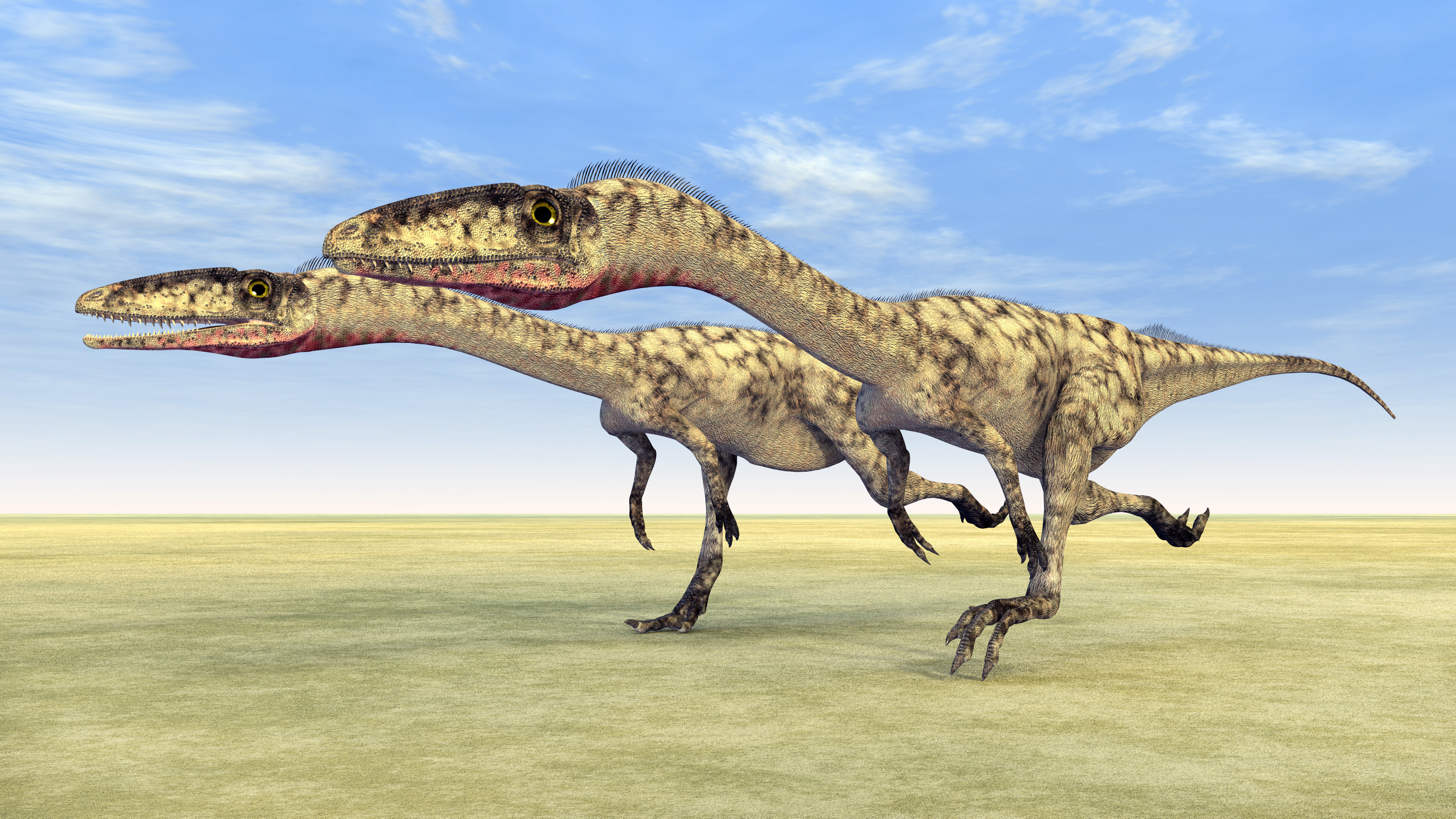