Information for kids about the characteristics of mammals and some interesting facts about the lion.

Information for kids about where mammals live and the large aquatic manatees.

Interesting information for kids about the three types of mammals: placental mammals, monotremes, and marsupials.

Lion
Lions are social animals and usually live in groups of 15 or more animals. These groups are called prides. A baby lion is called a cub, whelp or lionet. 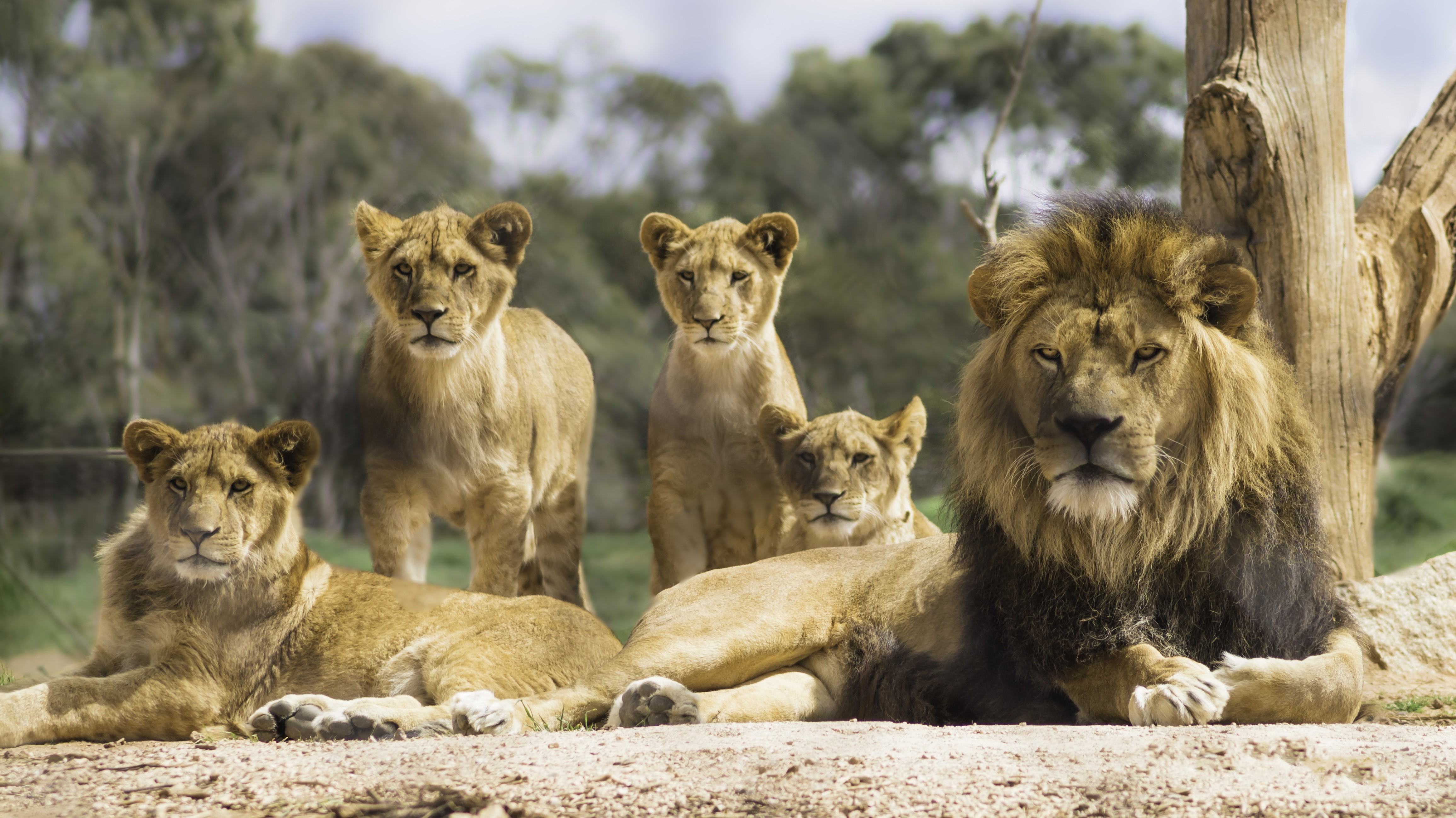 Female lions do most of the hunting whilst the male lions protect the pride. Lions hunt large animals such as wildebeest, zebra, antelopes, giraffes, buffalo and wild hogs. All big cats are carnivores. Hunting usually takes place during the night hours until dawn.

Lions are known as the ‘Kings of the Jungle’ but can be found in parts of sub-Saharan Africa and inhabit grassy plains, open woodlands and savannahs. They are good climbers and often rest in trees.

Lions have razor-sharp teeth and claws, muscular bodies and excellent senses. They are the second-largest cats after the tiger.

A lioness gives birth to a litter of two to four cubs. They are born blind until their eyes open which takes 2 – 3 weeks. Cubs spend most of their time playing and learning survival skills that they will need as they grow up.