Read through the information about the early life of the famous writer Charles Dickens and answer the multiple-choice questions.

Read through the information about Dicken's early novels and his later life and answer the multiple-choice questions.

Charles Dickens was born on 7 February 1812. He was an English writer and created some of the world's most memorable fictional characters (people). One of the most famous characters he created was Oliver Twist, a poor boy living in Victorian times.

Charles was born in Portsmouth, England. His parents named him Charles John Huffam Dickens. He was the second of eight children of John Dickens and Elizabeth Barrow. John was a naval clerk and Elizabeth was a teacher.

When Charles was 12, he was made to work in a dirty old factory because his father was sent to prison for six months for his debts. He owed money to many people and could not pay them.

When Charles's great-grandmother died, Charles's father paid off his debts and was released from prison. Charles did not enjoy working and wanted to stop working after his father was released.

Charles's mother forced him to continue working as they needed the money.

Below is the entrance to the Charles Dickens Museum in Bloomsbury, London. 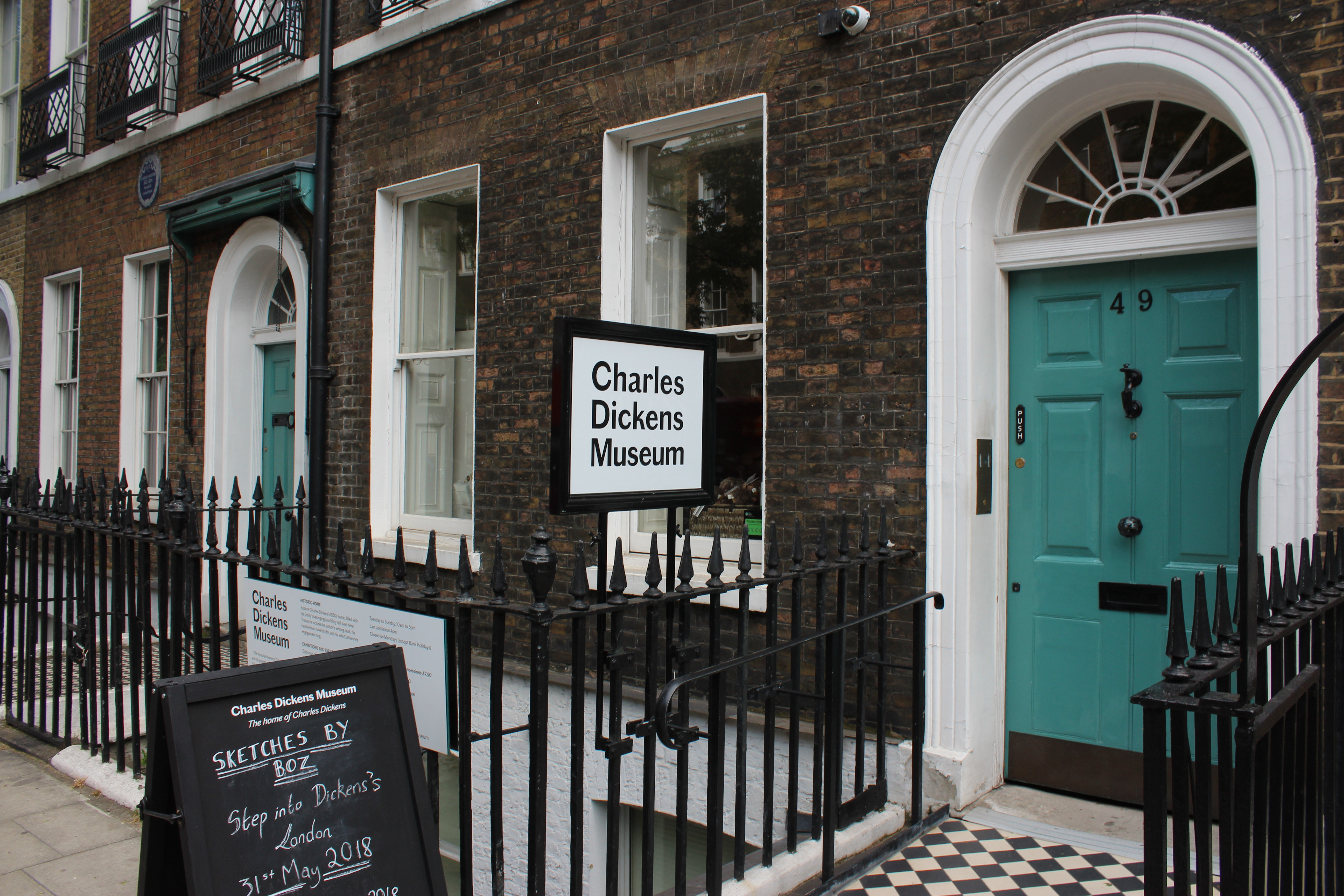