Learn about ancient Greece and the people. Find out where they lived, how they dressed and even what they ate!

Learn about the history of Ancient Greece from beginning to end and some interesting stories like the siege of Troy.

Thousands of years ago, before the Romans, there was a big civilisation that ruled over most of the Mediterranean. It was called ancient Greece because it started in a small country called Greece.

During its most powerful time, under the leadership of Alexander the Great, ancient Greece ruled over most of Europe and even western Asia.

A lot of things we know today about maths, science and architecture were copied from the Greeks.

Ancient Greece was mostly made up of different city-states, each state had its own government and ways of doing things. Athens, Sparta and Corinth are the most famous.

Athens and Sparta had very different cultures and often fought against each other. Athens was more interested in art and education and Sparta was more into war and how to fight. When Greece was under attack they would team together to fight the invaders.

Ancient Greeks loved art and theatre, most cities had a theatre and some were so big they could hold thousands of spectators. They also loved competitions, so much they invented the Olympic Games. If different Greek states were at war during the Olympics, they would stop fighting so that everyone could go to the games!

What language did they speak and what did they believe in?

The Greeks spoke a language called Greek. They had their own alphabet and way of writing numbers.

They believed in many gods, goddesses and magical creatures. Their gods and heroes were often fighting against fierce monsters like the three-headed dog Cerberus, or Medusa, the sorceress that could turn people into stone!

Greek cities were filled with beautiful temples to worship their gods and people prayed to each god for different things.

What did they wear and eat?

Both men and women wore long tunics called a ‘chiton’. Men’s chitons reached their knees and women's chitons came to their feet.

Slaves usually wore a loincloth (a small piece of fabric wrapped around the waist).

The Greeks preferred to go barefoot and didn’t usually wear shoes. Leather sandals and boots were worn for special occasions.

Their diet was mostly vegetarian with plenty of vegetables and fruits that they farmed. Because Greece is surrounded by water, there was always plenty of fresh fish to eat.

One of the most important foods was olive. The Greeks believed the goddess Athena gave the first olive tree to Athens. Olives were not only used for food, they crushed them to get oil which they used for lamps and to rub on the skin to make it soft. 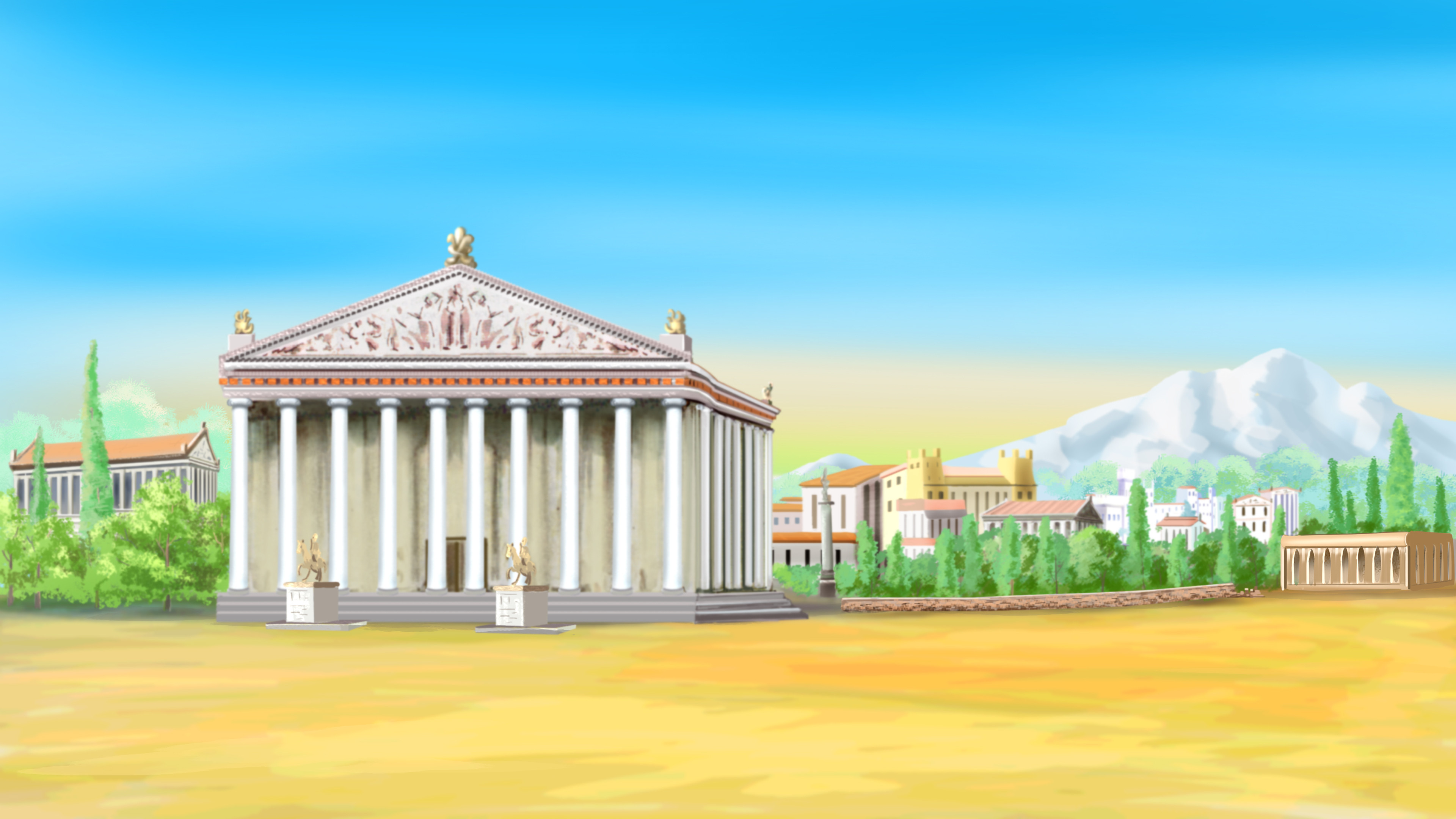