Learn about Julius Caesar and his famous words.

Find out more about Julius Caesar’s life, how he was captured by pirates and how he became the strongest leader of Rome.

Who was Julius Caesar?

Julius Caesar was a famous Roman leader. He was born in July, 100 BC in Rome, Italy.

He was famous for saying 'I came, I saw, I conquered', and that’s just what he did! He was the leader of a big army and he took over many lands. He invaded Britain twice and led his army into Rome to take over the government. This made him the most powerful person in Rome.

He was the first person to have his face printed on a Roman coin.

One of the most important things he did was replace the Moon calendar used in Rome to the Egyptian Sun calendar. He made some changes to it so that each year had 365 days and 366 days in a leap year. This is the calendar we still use today and the month of July is named after him. 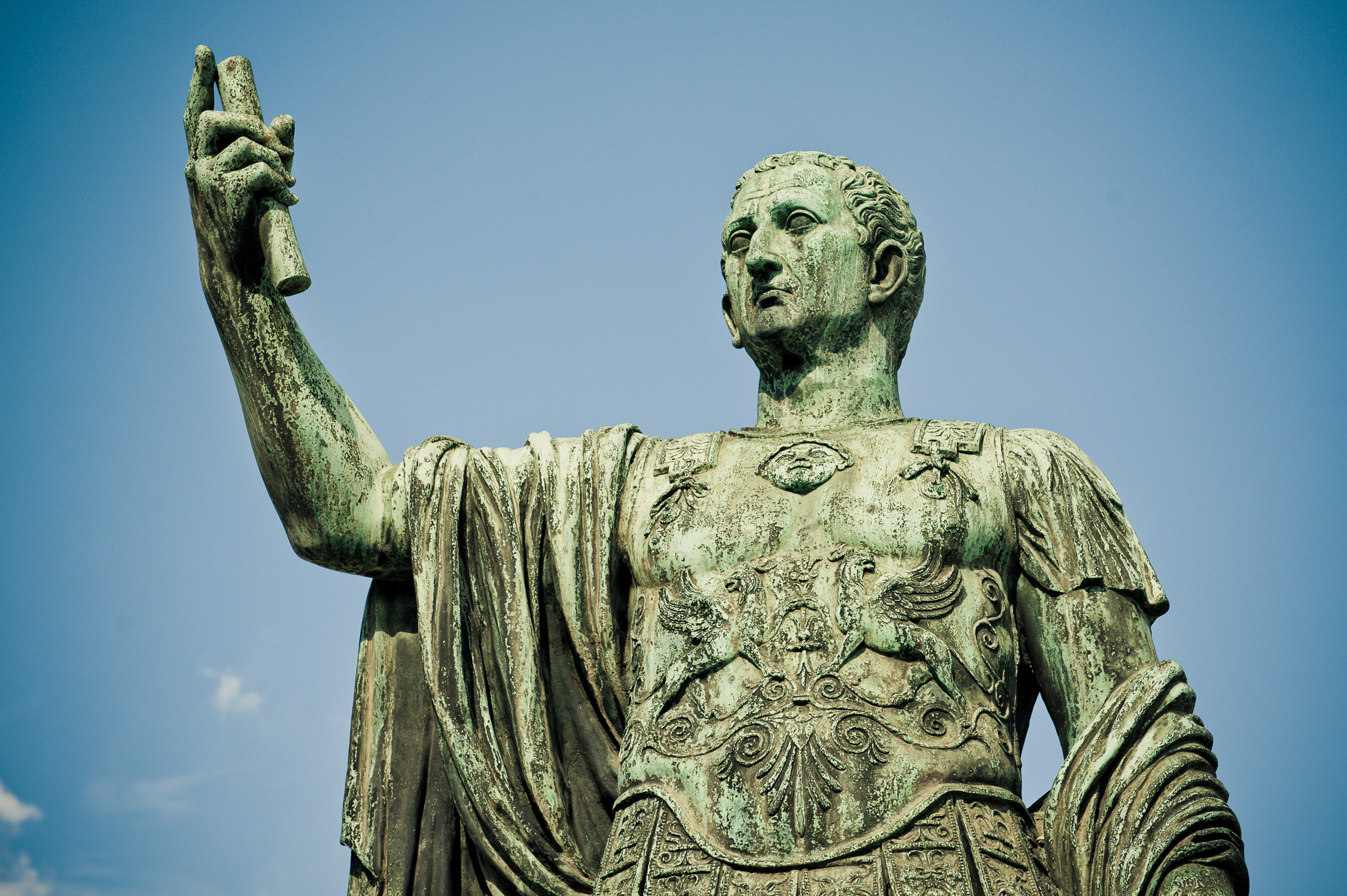 While Julius was in Egypt he fell in love with Queen Cleopatra. They had a son called Caesarion.

Many people thought Caesar was becoming too powerful and two of his friends, Brutus and Cassius, made a plan to kill him.