Learn some fun facts about Plateosaurus. What did it eat? What did it look like? Find out here!

Plateosaurus (meaning flat lizard) was one of the first dinosaur fossils ever discovered. It lived during the Triassic period around 200 million years ago and belonged to a group of animals called prosauropods.

Plateosaurus was a biped, that means it walked on two legs. It had a long tail for balance and a long neck with a small head. 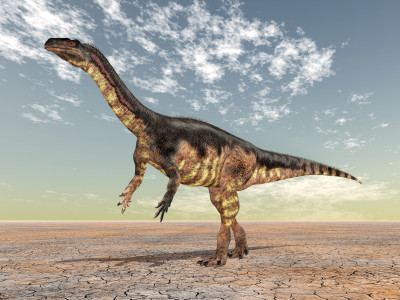 Its strong back legs had four claws and its powerful arms had five fingers with large claws on three of its fingers. Its first finger had a very long claw.

It was a herbivore, meaning it ate plants and not meat. It had very sharp teeth which it used to tear off pieces of plant.

They weighed around 1500 pounds and measured between 15 and 30 feet long. It is believed they could grow more depending on the season and how much food was available. 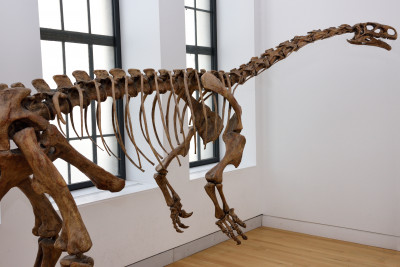 Upgrade Now
Remind Me later
No Thanks
You can revert your account back at anytime.
Plateosaurus
Level 1 Completed
50atoms Earned
Well done! you have earned 50 credits
Plateosaurus
Well Done!
You’ve finished this activity and scored:
60%
Receive 50 credits to purchase Hero avatars by completing the remaining 4 question you you answered incorrectly.