Kids learn some interesting facts about Poland, the Polish flag and some other interesting things this country is known for.

Find out how Poland is run, some facts about the Polish flag and the main religions.

Have a look at the beautiful mountains and visit underground mines. There are plenty of interesting things to do in Poland and some will surely surprise you!

Poland is a rather large country in Eastern Europe. It’s more than twice the size of the United Kingdom and has around 40 million people living there.

The country shares borders with lots of countries and is next to the Baltic Sea. 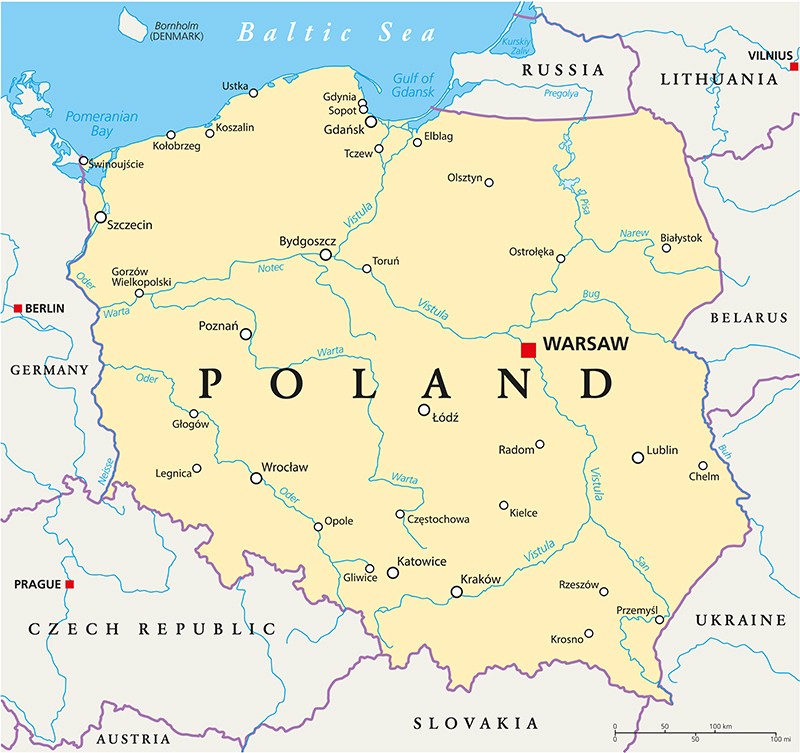 The capital of Poland is called Warsaw and the language spoken is Polish. 'Cześć' means hello, try saying that!

People from Poland have a funny name, they are called Poles!

The Polish flag has two stripes, it is white on the top and red on the bottom.

Most of the country has flat land but there are snow-capped mountains in the south like the Carpathian and Sudeten Mountains.

The country also has sandy beaches by the coast and in the north, there are so many small lakes that the area is known as the 'Land of a Thousand Lakes'. Sniardwy is the largest lake in Poland and the Vistula is Poland’s longest river at 651 miles in length. The weather is cold and cloudy and in the summer it often rains.

Warsaw - is one of the cities with the most skyscrapers in Europe!

Krakow - a great place to learn about the culture. Poland’s first pope came from here.

Lodz - if you like films you will like Lodz, it is home to Poland's National film school.

Wroclaw - is a city on the Oder River in western Poland. It has 12 islands and 112 bridges.

What is Poland famous for?

Poland is famous for its music, food and beautiful cities.