Sparta was not known for beautiful artwork or great thinkers like other Greek cities. Sparta was a city of war. Come and find out more about this interesting city!

Sparta was a powerful city in ancient Greece. It was built near the Eurotas River in the south-east of the country, in the Peloponnese. 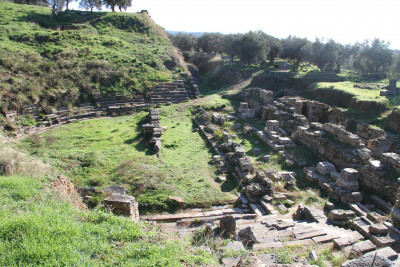 Sparta was only a small city but it was very powerful and had the strongest army in Greece.

It conquered the nearby lands of Messenia and Laconia in around 680-560BC. The people of these lands were called the helots and they spent their lives farming for their Spartan rulers. They had to give half of their crops to the Spartans as payment.

Sparta was ruled by two kings who had equal power. There were four types of people:

Spartan citizens - who had the most rights

Mothakes - were not Spartan but were free men

Helots - slaves from Messenia and Laconia

The Spartans didn’t spend time studying philosophy or art like the people in Athens. Instead, they studied war.

Only the strongest survived in Sparta. Weak children were left to die and young boys were trained to become warriors at the age of 7. They were sent to a special military school called an agoge where they learned to fight. They were also taught to read and write. When the boys turned 20 they joined the Spartan army. 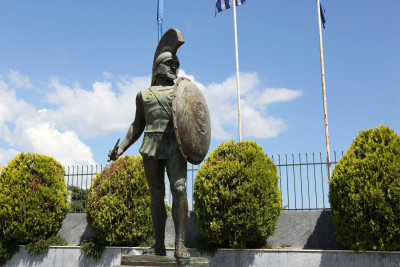 Girls also went to school where they did athletics and exercise. Their training wasn’t as tough but it was important for them to be fit so they could have strong babies. Spartan women had more freedom and education than other Greek cities at the time.

When Spartans fought in battle they lined up side to side and locked their shields together. They moved forward at the same time and stabbed their enemies with their spears! Their shield was their most important piece of equipment. It was considered a disgrace to lose it in battle. Spartan soldiers were known for wearing bronze helmets and crimson tunics so their bloody wounds wouldn’t show.

The Spartans were very hard to defeat and because they were so good at fighting and defending their land, they didn’t need walls to protect their city.

In the end, they were defeated in the Battle of Leuctra to Thebes in 371 BC.