Learn some interesting facts about the United States, what it’s famous for and the types of animals that live there.

Learn the country regions, national symbols and what the flag of the United States looks like.

Let’s travel to the land of hopes and dreams! Find out the top tourist destinations, learn about Americans' favourite food and meet some famous people on the way.

The Brooklyn Bridge connects the boroughs of Manhattan and Brooklyn, spanning the East River
Denali is the highest mountain peak in North America, with a summit elevation of 20,310 feet above sea level
Historic railroad Katy Bridge over Missouri River
The original Hollywood sign was constructed in 1923
Times Square is a major commercial intersection and also one of the world's busiest pedestrians intersection located in Midtown Manhattan, New York City
The White House is the official residence and workplace of the President of the United States

The United States (U.S.) is a country in North America. It is the third biggest country in the world! (Russia is the largest followed by Canada). The country shares borders with Canada to the north and Mexico to the south. 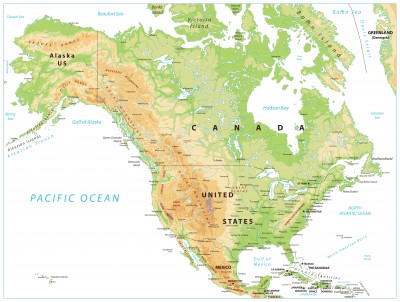 The capital city of the United States is Washington, D.C. The main language spoken is English but there is no official language. Spanish is the second most spoken language.

More than 325 million people live in the United States. The land is also home to many big mammals like the American buffalo, black bears, grizzly bears and polar bears in the northern state of Alaska. 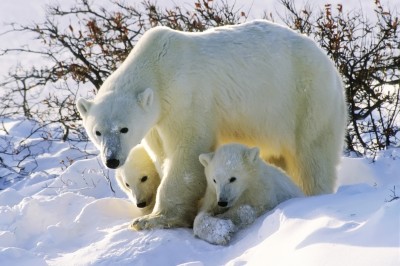 The tallest mountain in the U.S. is Denali (it used to be called Mount McKinley), it is in the Alaskan mountain range and is 6190 metres high.

The longest river in the U.S. is the Missouri River, the second longest is the Mississippi River.

The United States is so big that the landscape and climate is very different from north to south and east to west. It ranges from tropical Florida to tundra Alaska. Some areas like California have a Mediterranean climate and places like Hawaii are volcanic. There are also deserts, beaches and forests.

New York - famous for the Statue of Liberty, the Brooklyn Bridge and Times Square. 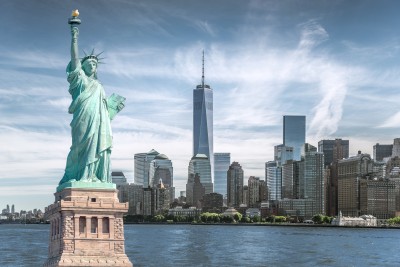 Los Angeles - the home of Hollywood. This is the place to see the famous Hollywood sign.

Miami - famous for its beaches and cruise ships.

Washington, D.C. - home of the president who lives in the White House.

What is the United States famous for?

The United States is famous for many things but some of the most well known are the Statue of Liberty, the Grand Canyon, Mount Rushmore and Hollywood.

Upgrade Now
Remind Me later
No Thanks
You can revert your account back at anytime.
United States
Level 3 Completed
50atoms Earned
Well done! you have earned 50 credits
United States
Well Done!
You’ve finished this activity and scored:
60%
Receive 50 credits to purchase Hero avatars by completing the remaining 4 question you you answered incorrectly.